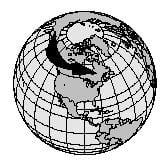 Since the 1960s, interest in preserving French Canadian culture and
traditions has grown. French Canadians share many common cultural
practices: most are Roman Catholic, most enjoy food, art, music, and
activities that began with their French ancestors. In 1974, French was
recognized as the official language of Quebec, although English is the
official language elsewhere in Canada.

3 FOODS OF THE FRENCH CANADIANS

Probably the best-known French Canadian dish is pea soup. It is enjoyed
all over Canada, and is the traditional lunch (called dinner) on Saturday
in Newfoundland, usually with dumplings called doughboys floating in it. 
These dumplings may be cooked in the pot of pea soup before serving.


Creton may be served as an appetizer before a festive meal or as a
picnic snack. 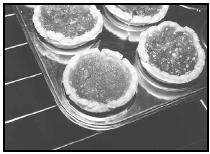 Butter tarts are popular both for a snack or for dessert. While they
are most common in Quebec, they can be purchased elsewhere in
Canada.


Upside down cake with caramel base.

French Canadians celebrate holidays related to the Roman Catholic Church,
especially Easter and Christmas. On Christmas Eve, families traditionally
attend a religious service called a Mass (many attend Midnight Mass),
followed by a festive holiday meal. One of the traditional dishes is a
spicy meat pie called a

(Eating crêpes on Candlemas brings a year of happiness).

French Canadians may eat a pastry, such as a croissant, for breakfast,
accompanied by coffee or tea. For those with time for a heartier
breakfast, eggs with Canadian bacon or sausage accompanied by toast and
coffee. Lunch may be a ham and cheese sandwich made on crusty French-style
or whole grain bread. Pea soup, served at home and in restaurants, is a
favorite hearty weekend meal. Dinner may be

(spicy meatballs) or other meat dish, accompanied by potatoes, usually
with gravy. Polite diners never put their elbows on the table until the
meal is finished. Men may rest their forearms on the table, but women
typically just hold their wrists against the table's edge while
dining.

is French fries smothered in gravy and sometimes with melted cheddar
cheese curds. Although this is not considered a traditional French
Canadian food,

is a very common and popular snack or accompaniment to a casual meal
everywhere in Quebec. 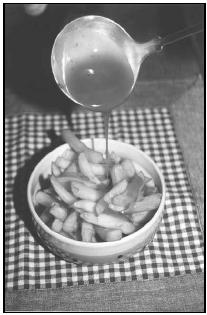 Poutine is a favorite snack for Canadians living in or visiting
Quebec.

A major concern of French Canadians is the preservation of their French
language and culture, since English is the dominant language in the rest
of Canada and in their influential southern neighbor, the United States. A
movement to separate the French-speaking province of Quebec from the rest
of the country became a national issue in the 1970s; in 1980, voters
defeated a proposal that would have granted Quebec its independence from
Canada, but many French-Canadian separatists continue the campaign.

Canadians in general receive adequate nutrition in their diets, and the
health care system is funded by the government, covering about 75 percent
of health care costs for Canandian families.

You Eat What You Are: People, Culture, and Food Traditions.

Traveling Taste Buds: Delectable Dishes from All Over the US and Canada.