Liberian cuisine has been influenced by contact, trade and colonization from the United States, especially foods from the American South (Southern food), interwoven with traditional West African foods. The diet is centered on the consumption of rice and other starches, tropical fruits, vegetables, and local fish and meat. Liberia also has a tradition of baking imported from the United States that is unique in West Africa. 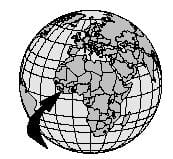 Located on the west coast of Africa, Liberia has an area of about 43,000 square miles (111,370 square kilometers), slightly larger than the state of Tennessee. The Nimba Mountains, near the Guinea border, rise to 4,528 feet (1,380 meters), and the Wologizi Mountains reach a maximum of about 4,450 feet (1,356 meters). There are six principal rivers, all of which flow into the Atlantic Ocean.

Liberia was founded in 1822 for the resettlement of freed American slaves. Its name comes from the Latin word that means “free.” The capital city of Monrovia is named after the U.S. president James Monroe, who established the Republic of Liberia.

Much of the culture and foods from Liberia are adapted from African American culture. This can be seen in the American currency that is often used to purchase groceries and in the American English language that is spoken on the streets of Monrovia. Rioting Liberians calling for cheaper rice in 1980 supported a failed  coup against the American-Liberian government.

3. FOODS OF THE LIBERIANS

Many Liberians grow their own rice, sugar cane, and cassava (a starchy root). Rice is eaten at least twice a day  (much more than any other starch). Foreign rice, or pasava , is considered much better than locally grown rice because of the rocks that get mixed up with the local rice during harvesting. Palm oil or palm butter usually comes with the meal, and wine is also made from the palm nut. Cassava leaves and potato leaves are both boiled and eaten like spinach. Sugar cane is either refined, or after cutting through the tough bark, the sweet juice is sucked straight out of the cane bought at the marketplace. 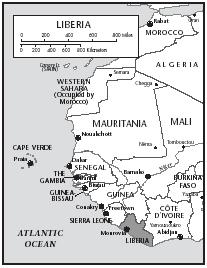 Fufu (a doughy food that accompanies most meals) can be made from rice, plantain, cassava, corn, or yam. The starchy food is dried, pounded until ground, boiled, and rolled into two-inch ovals. Most Liberians use cassava to make fufu; a variation, called dumboy, is boiled before mashing.

Fufu is swallowed instead of chewed. It is popularly eaten with a spicy soup.

Beef internal soup is made with beef, dried codfish, tripe, and other smoked fish caught from the nearby ocean. Hot peppers are added to many foods for an extra kick, and ground cayenne peppers are used as flavorings and preservatives. Favorite dishes include palava sauce, made traditionally with plato (okra) leaves, dried fish or meat, and palm oil; and jollof rice, a chicken, beef, and bacon dish with vegetables and rice. Palava sauce comes primarily from the counties of Maryland and Grand Kru.

Liberians celebrate Independence Day on July 26; it is the biggest holiday in the country. They also celebrate most American holidays like New Year’s (January 1), Thanksgiving (the first Thursday in November), and Christmas (December 25). Christmas is celebrated with a large meal, without gift-giving or Christmas trees.

In Liberia, the table is set with turned over plates and glasses with a napkin on top, so that the guest may turn over the clean dishes for use. Those at the meal greet each other by shaking hands. While shaking, they take the middle finger of the other person’s right hand and snap it up and down. This tradition comes from the days of slavery, when the slave owner would break a slave’s finger in order to establish ownership. The handshake (or “snapshake”) celebrates Liberia’s freedom from slavery.

The cook brings out all the food at once, and stays seated at the table during the entire meal. All the dishes remain on the table until the end of the meal. Most Liberians will eat with their fingers, although American customs have brought utensils to the dining rooms of many city people.

Rice bread and sweet potato pone are served for dessert, and ginger beer is drunk throughout the meal. Coffee is served only on special occasions. In the city of Monrovia, there are some modern restaurants, but in most towns there are small “cook shops” that offer stews and
fufu. Most cooking is still done outside on a stone hearth.

About 42 percent of the population of Liberia are classified as undernourished by the World Bank. This means they do not receive adequate nutrition in their diet. Of children under the age of five, over 33 percent are stunted (short for their age).

According to the Liberian government, only about 39 percent of the population have access to health care services, and there are virtually no functioning social services. The Liberian staple diet of rice or cassava is deficient in protein, and children in particular suffer from the malnutrition.