British cuisine is the set of cooking traditions and practices associated with the United Kingdom. However, British cuisine has absorbed the cultural influence of those who have settled in Britain, producing many hybrid dishes, such as chicken tikka masala. 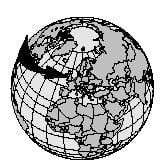 There has been violence in Northern Ireland for centuries because of religious and political conflict there. Because ocean waters surround the UK, it has a mild, rainy climate. The country’s farmers produce about 60 percent of the food the UK needs. From 1980–90 the farming became more mechanized, with farmers using machinery to plant and harvest crops. The productivity of UK farms increased during that period by about 10 percent. More farmers raise livestock than crops, and some of the world’s best beef and lamb is raised in the UK.

The United Kingdom (UK) has also been called the British Isles or Great Britain at different times in history. The UK consists of England, Wales, Scotland, and Northern Ireland. Each region has its own special cuisine.
At various times the English have ruled over the entire region, including all of Ireland. The English style of cooking does not use many seasonings and is sometimes criticized for its bland taste.

During the 1700s and 1800s, English explorers and colonists were trading and developing settlements in the Caribbean region, Asia, Africa, and North America. Their colonial interests around the world became known as the British Empire. The English were influenced by the cultures of their colonies, so English cooking began to use new
spices and cooking techniques acquired in such places as India. 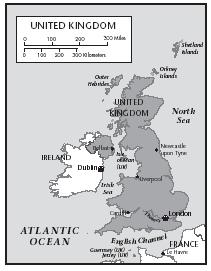 3. FOODS OF THE BRITISH

In Scotland the national dish is haggis. Haggis is comprised of sheep innards boiled in a sheep stomach. In Wales
leeks, a relative of the onion, are used in many dishes. Welsh rarebit, comprised of a cheesy sauce over toast, is popular as an appetizer or a light meal. Throughout the United Kingdom, pasties or meat pies are popular.

These combine ground meat, vegetables, and potatoes inside a pastry crust. Other favorite meals are fish and chips. Both fish and chips and curry (a dish introduced by immigrants from India) are popular take-out foods. At around 4 P.M.
, people in the UK traditionally took a break for tea.

Traditional “high tea” included formal preparation of tea, accompanied by an array of finger foods, such as cucumber sandwiches, cheese and chutney (a type of pickle relish) sandwiches, scones, and small, delicate
teacakes.

To spread on the scones, clotted cream, marmalade, or strawberry jam might be served. People’s schedules in the modern UK are sometimes too busy to allow a break for traditional high tea, but most people stop their work activities for an abbreviated tea break at around 4 p.m. For the more casual tea break, tea and biscuits (nicknamed “bikkies”) is the common fare. Biscuits are small, crisp cookies, and all English kitchens have a “biscuit tin.”
Other beverages that the English enjoy include ribena (blackcurrant juice) and squash (sweet fruity beverage similar to Kool-aid).

Prepared lemon curd may be purchased at many supermarkets. It is usually found near the jams and jellies.

Clotted cream—the name sounds like something that’s been in the refrigerator past the expiration date, but clotted cream is truly a rich treat. It is thicker than whipped cream and is sold in containers, like sour cream or margarine, in the dairy section. Lemon curd is almost like a thick pudding. English people enjoy it for breakfast, or as a filling for little tarts.

Serve on a hot platter. Pasties—pastry filled with a mixture of beef, lamb, or chicken combined with potatoes, and vegetables—may be eaten warm or cold.

No one really knows the history behind the name of this traditional light supper dish. 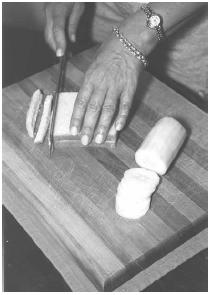 The crusts from thin-sliced white bread are trimmed to make cucumber sandwiches to serve at teatime. The cucumber is peeled and sliced thinly.

Serve with fresh butter and jam at teatime.

On January 25 the Scots celebrate “Burns Night” for the birth of their favorite poet, Robert Burns (1759–96). The typical “Burns Night” meal includes a haggis, cock-a-leekie (chicken with leeks), tatties n’ neeps (potatoes and turnips or rutabagas), roast beef, tipsy laird (a cream cake made with whiskey), and Dunlop cheese (resembles a soft
cheddar). The Scots drink Scotch whiskey at celebrations. 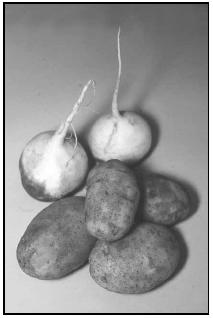 The British traditionally eat four meals a day, including breakfast, lunch, tea, and dinner. The traditional English breakfast is fairly large, with eggs, sausage, mushrooms, tomatoes, and fried bread. However, many English people, with schedules too busy to allow for a cooked breakfast, eat a wheat cereal similar to shredded wheat called Wheatabix with milk. Orange marmalade on toast is also popular. Tea with milk and sugar is the preferred beverage.

The Scots eat oatmeal for breakfast. Lunch and dinner can be interchanged, consisting of meat-and-potato dishes and small salads. Tea is taken around 4 P.M. with sandwiches, cakes, chocolate, or fruit. The biggest meal of the
week, Sunday lunch, is served in the afternoon, and features roast beef, lamb, or pork; vegetables, often in a casserole or with sauce, such as Cauliflower Cheese; potatoes, and other side dishes.

In casual conversation, the British use the term “pudding” in a general way to refer to dessert, even if the dessert being served is not actually pudding. 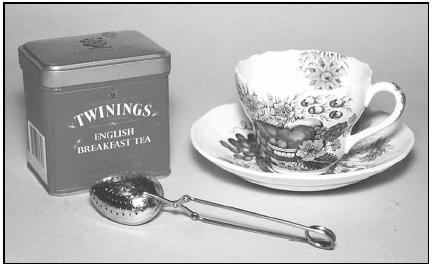 A special spoon designed to hold loose tea may be used when brewing an individual cup of tea. Most people in the UK would brew a full pot of tea at teatime.

The UK depends on its farmers to grow good crops and raise healthy livestock. There is a law requiring all bulls be licensed by the government to help keep the cattle herds healthy and to guarantee that good breeding practices are observed. In the 1980s and 1990s, British livestock farmers struggled to combat diseases such as Mad Cow Disease
(BSE—bovine spongiform encephalopathy) in cattle. After the first case was discovered in 1986, beef consumption in the UK dropped dramatically.

Many countries also stopped buying beef raised in the UK, as a precaution against spread of the disease. At the beginning of the twenty-first century, an outbreak of “hoof and mouth disease” posed another serious threat against the livestock of the UK. Government agencies in the UK and elsewhere sought ways to combat and control these diseases, both of which could have devastating effects on the UK economy.

The children in the UK receive adequate nutrition generally, and there are few incidents of severe malnutrition in the country.

A Taste of Scotland. [Online] Available

A Taste of UK. [Online] Available