It is extremely common to find Pennsylvania Dutch cuisine throughout the Philadelphia/Delaware Valley region. 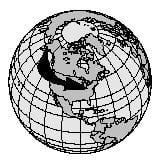 The Amish have their roots in a Swiss religious sect that was part of the Protestant Reformation in the 1500s. It was called the Anabaptist movement, and its members lived simply, rejecting material wealth. At the end of the 1600s, a small group led by Joseph Ammann broke away from the Anabaptists. They migrated to France and later were called the Amish in honor of their founder.

In the early part of the 1700s, Amish families began arriving in North America. They founded large settlements in Pennsylvania. Gradually Amish settlements spread to Ohio, Indiana, and other states.

When they came to the New World (North America), the Amish brought with them the cooking traditions of their homelands in Switzerland and the Rhine River area of Germany. This heritage can be seen in the popularity of such traditional German foods as sauerkraut, and even in the Amish name for the evening meal, “Nachtesse”  (“night eating”). However, Amish cooking was also influenced by life in America. Many Amish settled in areas where wheat, rye, corn, and barley flourished. Home-baked breads, desserts, and other grain-based foods came to play an important role in the Amish diet. Products of the rural areas where they settled, including eggs and other dairy products, poultry, fresh vegetables, and apples, also became Amish staples.

The Amish have continued to live simply, without modern conveniences such as cars and electricity. They also continue to prepare the simple, hearty dishes they learned from their ancestors.

3. FOODS OF THE AMISH

The Amish generally eat foods produced in their own gardens or on their farms. As a rule, they do not eat processed, store-bought foods, such as corn flakes or potato chips. Homegrown fruits and vegetables, eaten fresh, canned, or frozen, play a very important part in the Amish diet. Vegetables often found in Amish meals include peas, corn, zucchini, beets, beans, rhubarb, and many others. Cabbage and potatoes are especially important. Sauerkraut—a type of pickled cabbage—appears at many Amish meals and is used in everything from soups to cakes. Grain products like bread, cornmeal, and oatmeal are also staples of the Amish diet. Scrapple, a popular breakfast food, is made with fried cornmeal mush prepared with sausage and liverwurst.

Amish main meals are usually built around hearty meat dishes, such as pork chops, ham, roast beef, or meatloaf. Dairy products, especially eggs and cheese, are also important dietary staples. The Amish are known throughout the country for the quality of the cheese they produce and market. Most Amish families keep at least a few chickens so they can eat freshly laid eggs all year round. In the wintertime, hearty soups are eaten regularly.

Amish women bake a great deal, preparing breads, cookies, pies, and cakes. The best-known Amish desserts include shoofly pie, sugar cookies, and schnitz pie, which is made with dried apples.

3.1 Pork Chops with Sauerkraut and Potatoes

Molasses is the main ingredient in the filling for Shoofly Pie. The
pie is topped with a sprinkling of reserved flour mixture.

Instead of going to church, the Amish hold religious services in different people’s homes every Sunday morning. After the service, there is a large Sunday lunch. A typical menu for this meal is homemade bread with butter, jelly or peanut butter; cheese cubes or a type of homemade cottage cheese called schmierkase; pickles; an apple pie called schnitz pie; and coffee or tea.

The Amish are known for their strong family ties. Large family reunions are important occasions that include a bountiful Amish meal, with everyone bringing something. Like church services, Amish weddings are held at home.
After the ceremony, a big festive meal is served on long tables set up all over the first floor of the house.

Special rectangular doughnuts called Fassnacht Kuche are baked on Shrove Tuesday, a day before the beginning of Lent. Mashed potatoes are used in the batter, making the doughnuts moist and tender. They are served with black coffee.

The Amish eat a hearty breakfast. For the families of Amish farmers, theday starts early, with breakfast served around 6:00 A.M. A typical Amish breakfast might include eggs, cornmeal mush, pancakes,
and homemade canned fruit.

Amish schools do not have cafeterias, so all of the students take packed lunches to school. Lunches usually include sandwiches made with bologna or leftover meat from dinner, such as beef roast or meat loaf. Peanut butter and jelly, pizza, or other leftovers may also be eaten. In the winter, homemade soups are taken to school in Thermos bottles, which keep them hot. Sometimes a casserole is taken to school in a wide-mouthed Thermos bottle. Lunches also include fresh fruit and home-baked cookies, cake, or pie for dessert. One popular dessert is an Amish specialty called Whoopie Pie, a cookie sandwich with icing in the middle.

On evenings and weekends, when the whole family is home, the main meal of the day (dinner, or “Middaagesse”) is eaten at midday. On these days, a light supper is eaten in the evening.

At the end of the school year, Amish children have a picnic. Their parents take casseroles, salads, cakes, candies, and puddings to school. Often a tablecloth is thrown over the bottom of a big farm wagon. The food is spread out on top and everyone eats heartily.

Popular Amish snacks include soft pretzels, peanut butter and molasses spread on bread or crackers, and ice cream made from freshly fallen snow.

Amish families generally receive adequate nutrition from their diets, although some nutritionists report that their diet may be slightly too high in sugar and carbohydrates. Because Amish rarely marry non–Amish, they have experienced a higher incidence of birth defects caused by genetics. (In simple terms, some types of birth defects are more common when the mother and father have similar genetic make-up.)

To try to minimize these birth defects, Amish families have learned more than the average American families about genetics. Also, because they have not often married outside their own cultural group, medical researchers have invited Amish people to participate in research studies involving genetics and genetically transmitted diseases, such as diabetes.