American Jewish cuisine comprises the food, cooking, and dining customs associated with American Jews. It was heavily influenced by the cuisine of Jewish immigrants who came to the United States from Eastern Europe around the turn of the 20th century. It was further developed in unique ways by the immigrants and their descendants, especially in New York City and other large metropolitan areas of the northeastern U.S. 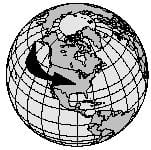 Although the nearly 6 million Jewish Americans live in every state of the nation, the largest populations are found in New York, California, and Florida, especially in urban areas.

Food has played an important role in Jewish American lives since the first Jews arrived in New Amsterdam in 1654, most from Dutch colonies in Brazil. During the Colonial period (1620–1776), Jews adapted their cooking to the foods grown regionally in their new homeland. They learned to use corn, beans, and fish, such as salmon, herring, and cod.

However, they continued to observe the Jewish dietary laws, or Kashrut (see section 4: Food For Religious and Holiday Celebrations). The second wave of Jewish immigrants (1830–1880) came mostly from Germany. Many settled in the Midwest, bringing with them their food traditions. They were known especially for their baked goods. Cincinnati, Ohio, the primary center of German Jewish culture, was also the home of Fleischmann’s yeast and Crisco, a vegetable-based shortening that met Jewish dietary restrictions.

In the twentieth century, Jewish American cooking has been changed by the creation of ready-made food products, such as mixes and frozen foods. (A Jewish baker invented Sara Lee frozen cakes, which he named after his daughter.) The Orthodox Union symbol (an “O” with a “U” inside it) was devised to show that the contents of packaged food are kosher. Foods associated with Jewish Americans, like bagels, lox (smoked salmon), cheesecake, and corned-beef sandwiches, became popular among the general public. In the late twentieth century, the trend toward lowfat and easy-to-prepare recipes has influenced Jewish American cooking.

3. FOODS OF THE JEWISH AMERICANS

Many foods that Americans have come to regard as Jewish originated in Eastern Europe, where most Jewish immigrants came from during the first half of the 1900s. (Eastern European Jews were also called Ashkenazim.)

The cooking of this region was generally simple and hearty. It contained plenty of fat but was not highly spiced. Main dishes were usually meat or poultry based. Because of the Jewish dietary restrictions (Kashruth), no pork was eaten. The restriction on serving meat and dairy products at the same meal gave rise to a set of traditional dairy dishes including blintzes, cheesecake, and noodle pudding. Both meat and vegetables were cooked until thoroughly done—vegetables were cooked until they were limp. Famous Jewish foods that came out of this tradition include chicken
soup, matzo balls, latkes (potato pancakes), chopped liver, gefilte fish, cholent (beef and barley stew), kneidlach (dumplings), and borscht (beet soup). Certain spiced meats and fish, including corned beef, herring, and lox, are also associated with Ashkenazic Jewish cooking.

In the last decades of the twentieth century, Jewish American cooking branched out from its Ashkenazic roots. Jewish cooks adapted their recipes to make them lighter and lower in fat. The Middle Eastern food traditions popular in Israel began to influence Jewish American food as well. Foods such as felafel and hummus became more closely identified with Jewish cooking. In addition, there was a new level of interest in Sephardic Jewish traditions from Spain and North Africa, as well as other parts of the world.

The chicken can be eaten hot for dinner or cut up and used in chicken salad or other recipes. 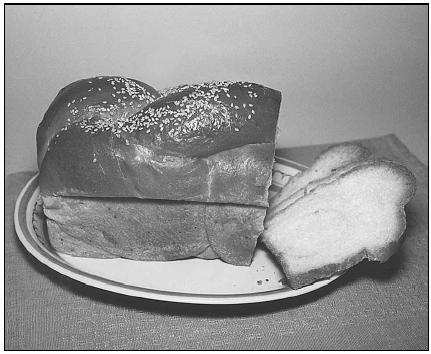 Jews throughout the world have a detailed set of dietary restrictions called the laws of Kashrut. They are based on passages found in the Old Testament of the Bible. Food that follows these restrictions is called kosher food. While many Jewish Americans observe these laws (or “keep kosher”), many others do not.

The Jewish religion also specifies several days of fasting throughout the year. This means Jews do not consume any food (or sometimes beverages) on these days. The most important is Yom Kippur, or the Day of Atonement, in the fall. Many Jewish Americans fast on this day. Passover is an eight-day holiday during which Jews do not eat bread, baked goods, and certain other foods. Instead of bread, Jews eat a flat (unleavened), cracker-like food called matzo . Crushed matzo, or matzo meal, is substituted for flour in many foods cooked during this holiday.

The most important meal of this commemoration is held on the first night of Passover, and is called the seder.

During the meal, which includes special foods specific to this holy day, a liturgy is read that recounts the Biblical exodus of the Hebrews from Egypt. The Hebrew word Pesach means “passover.”

Chremslach (pancakes made with boiled potatoes and egg)

Strawberry meringue torte Food plays an important role in many Jewish holidays. On the Jewish New Year, honey cake and apples dipped in honey are eaten for a “sweet year.” During the eight-day festival of Succoth in the fall, religious Jews eat their meals in a specially built outdoor booth in their backyards called a “sukkah.” Potato pancakes called latkes are eaten during Hanukkah, the eight–day Festival of Lights, in December. The festival of Purim, in late winter or spring, is celebrated with triangular filled pastries called hamantaschen .

Marking the formal entry into adulthood of boys at age thirteen (bar mitzvah) and girls at age twelve (bat mitzvah), Jewish Americans celebrate with a lavish party following a religious ceremony. The child who has attained this status, is considered ready to participate fully in the ritual days of fasting of the Jewish calendar.

Charoset is a traditional Passover food that has a symbolic role in the ceremonial Seder meal.

Most Jewish Americans observe the same mealtime customs as other Americans in the regions where they live. They generally eat three meals a day, and dinner is usually the main meal. The most special night of the week for observant (religious) Jews is Friday, when the Sabbath is welcomed. In many Jewish households, two candles are placed on the dinner table and lit at sundown as a special prayer is said. A glass of wine and a loaf of challah (a special type of bread) are also placed on the table and blessed. A traditional Friday dinner often consists of chicken soup, an appetizer, a chicken or beef main dish, a variety of vegetables, coffee or tea, and dessert.

In Orthodox households, family members pray before and after meals. No cooking is done on the Sabbath (Saturday). Foods eaten on Saturday must be prepared the day before. At festive gatherings, such as weddings, Orthodox men and women are seated at separate tables.

Jewish Americans, like Americans of every cultural and ethnic background, have become increasingly concerned about developing healthier lifestyles. Many Jewish Americans seek out ways to lower the fat and cholesterol in
their diets.

For Jewish Americans who observe the Kashrut, eating in restaurants and while traveling may require advance planning. Airlines offer kosher meals, although they must be ordered in advance. Likewise, many hotels will prepare kosher meals for guests who request them.

The Jewish Gardening Cookbook: Growing Plants and Cooking for Jewish
Holidays and Festivals

The Gefilte Variations: 200 Inspired Re-creations of Classics from the
Jewish Kitchen, with Menus, Stories, and Traditions for the Holidays and
Year-round