Latin American cuisine is the typical foods, beverages, and cooking styles common to many of the countries and cultures in Latin America. Latin America is a highly diverse area of land that holds various cuisines that vary from nation to nation. Some items typical of Latin American cuisine include maize-based dishes arepas, pupusas, tacos, tamales, tortillas and various salsas and other condiments (guacamole, pico de gallo, mole, chimichurri, chili, aji, pebre).

These spices are generally what give the Latin American cuisines a distinct flavor; yet, each country of Latin America tends to use a different spice and those that share spices tend to use them at different quantities. Thus, this leads for a variety across the land. Sofrito, a culinary term that originally referred to a specific combination of sautéed or braised aromatics, exists in Latin American cuisine. It refers to a sauce of tomatoes, roasted bell peppers, garlic, onions and herbs. 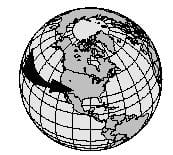 Although Latino Americans, also known as Hispanic Americans, live throughout the United States, the states with the largest populations are California, Arizona, New Mexico, Florida, and New York. Latinos may be of any race, and may trace their family history to any of the countries where Spanish is the principal language (except Spain), particularly those in Latin America. The masculine form of the word is Latino, and the feminine form is Latina.

Mexican Americans have lived in the United States for most of the country’s history. However, other Spanish-speaking immigrants did not begin arriving in large numbers until after World War II (1939–1945). Many Puerto Ricans arrived in the 1950s. Cubans, Dominicans, Colombians, and Costa Ricans immigrated in the 1960s. And, people from still other Latin American countries followed in succeeding years. As of 2001, the three largest Latino ethnic groups were Mexican American, Puerto Rican, and Cuban American.

Like most immigrant groups, Latino Americans have remained loyal to the food traditions of their homelands. Many shop in small ethnic markets called bodegas that carry specialty foods used in Latin cooking. When they cook, they follow recipes handed down to them by their parents and grandparents. Specialty food companies have thrived by supplying Latinos with traditional cooking ingredients. The most famous of these is Goya Foods, whose products can be found in grocery stores throughout the country.

The third and fourth generations of Latino families have begun to transform their cooking traditions. They vary their recipes with new ingredients and include dishes from other ethnic groups in their meals. In turn, Latin American cooking has become increasingly popular among non-Latinos.

3. FOODS OF THE LATINO AMERICANS

Although Latino Americans belong to a number of different cultures, their cooking styles have certain things in common. Meat, usually pork or beef, is central to the Latino diet. It is often eaten with the spicy sauces (salsas) for which Latinos are famous. The main ingredient in salsa, as well as many other Latin dishes, is hot chili peppers. Latinos cook with fresh, dried, and ground chilies. There are many different kinds of chilies, including Habanero, Jalapeno, Malagueta, and Poblano.

Corn, beans, rice, and root vegetables are staples of the Latino diet. Some of the root vegetables commonly used in Latino cooking are sweet potatoes, yams, yucca, jicama, Jerusalem artichokes, and taro. Also popular is a pear-shaped squash called chayote. It goes by several other names, including tayote, chuchu, and xuxu. Latinos are able to enjoy many fruits native to their homelands, which are either imported or cultivated in the United States. These include plantains, guavas, mangoes, papayas, passion fruit, and prickly pears.

Turnovers are very popular in Latino cooking. These are dishes that consist of a variety of dough and filling. Two popular types of turnovers are tamales and empanadas. Nacatamales, chuchitos, humitas, and bolos are just a few of the many types of tamales eaten by Latinos in the United States.

Most Latino desserts (like flan, a type of custard) are made from dairy products. Most traditional Latino drinks contain two of the following three ingredients: milk, rum, and fruit.

Plantains are a large, thick-skinned variety of banana available in specialty stores.

The vast majority of Latinos are Roman Catholic and celebrate the holidays of the Christian calendar.

Making tamales and pasteles together is a popular family tradition around the Christmas holidays. Both consist of dough wrapped around meat or some other filling. The tamale dough is placed inside an empty cornhusk. The pastele dough is placed inside a wrapper made from banana leaves. Another Christmas favorite is menudo, a spicy stew made with hot chilies and a cow’s stomach (called tripe).

A special Latino New Year’s Eve tradition is to eat twelve grapes or raisins at midnight. They stand for the twelve months of the new year. Adults often welcome the new year with a drink that contains rum and tropical fruit. It is poured into a punch bowl, and a whole pineapple is put in the bowl. It is said that the people who drink this beverage will enjoy friendship throughout the coming year. On New Year’s Eve, Latinos of Colombian descent enjoy a dessert called bunuelos. These are balls of dough made from flour, sugar, eggs, and butter and deep fried.

On Good Friday, three days before Easter, a soup called potaje do vigile is served in many Latino homes. It is made with garbanzo beans, fish, and spinach. It also contains egg yolks, garlic, almonds, and seasoning.

Optional: Form flowers with the peppers as petals and olive in the middle.
Serves 12.

Most Latinos eat three meals a day. The main meal is eaten at dinnertime. Eating together with the family is important to Latinos. Many families pray together before meals.

Busy schedules sometimes keep families from eating together during the week. On Sundays, they can still gather to cook together and share food, prayer, and the latest news. Many Latino children have Sunday dinner with their aunts, uncles, grandparents, and cousins.

In the past, most Latinos ate large, home-cooked meals every day. Foods were made from traditional recipes that were hard to prepare and were time consuming. As more women have entered the work force, there is less time
to cook some of these traditional foods. Also, Latinos, like other Americans, eat out more than they used to. Some even gather in restaurants for the big family dinner on Sunday.

Each Latino ethnic group has its own food customs and traditions. Cubans consider many foods symbolic. For example, sweet foods symbolize happiness. Fruits are often the main part of a Cuban meal. Puerto Ricans are known for their love of fancy meals. Many Puerto Ricans still serve a wide variety of dishes at two of their meals every day.

A number of health concerns face the Latino population. For recent immigrants, language barriers and unfamiliarity with health care resources (or lack of health insurance) may prevent them from seeking preventive health care.

Mexican Americans and Puerto Ricans are two- to three-times more likely to develop diabetes than non-Hispanic whites. Risk factors such as family history of diabetes, obesity, and physical inactivity all increase a person’s chances of developing diabetes.

Latin American Cooking Across the U.S.A.