Native American cuisine includes all food practices of the indigenous peoples of the Americas. Modern-day native peoples retain a varied culture of traditional foods, some of which have become iconic of present-day Native American social gatherings (for example, frybread). Foods like cornbread, turkey, cranberry, blueberry, hominy and mush are known to have been adopted into the cuisine of the United States from Native American groups.

Modern-day Native American cuisine is varied. The use of indigenous domesticated and wild food ingredients can represent Native American food and cuisine. North American native cuisine can differ somewhat from Southwestern and Mexican cuisine in its simplicity and directness of flavor. The use of ramps, wild ginger, miners’ lettuce, and juniper berry can impart subtle flavours to various dishes. A chef preparing a Native American dish can adopt, create, and alter as their imagination dictates. 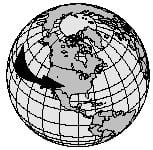 Once the sole inhabitants of North America, Native Americans were forcefully and often brutally relocated by white settlers and U.S. government policies to reservations. As of the early twenty-first century, the states with the largest populations of Native Americans are Oklahoma, California, Arizona, and New Mexico. Sometimes called American Indians, the Native Americans lived in dozens of tribal groups—from Abenaki to Zuni—scattered across North America.

Before Europeans settled North America, Native American tribes lived in five major parts of the United States: the Northeast, the South, the Great Plains, the Pacific Coast, and the deserts of the Southwest. Ancient artifacts show that native peoples fished off the coast of New England as long ago as 3000 B.C. Some Native American tribes were gatherers, eating the fruits and vegetables native to their regions. Other tribes practiced agriculture. They used farming methods that let them grow crops on the same soil formany years. By the time the first white settlers arrived, Native Americans knew how to grow almost 100 different kinds of crops. These were used as medicines and dyes, as well as food.

In addition to gathering and farming, most Native Americans hunted for meat. In the 1500s, the Spanish brought horses to America. Horses helped the Indians of the Great Plains hunt buffalo. Later, however, the arrival of more Europeans made it increasingly difficult for Native Americans to hunt for food. The white settlers cleared many forests where animals had lived. They also reduced the animal population by hunting, not only for meat but also for sport and to sell furs and feathers. Yet some Native Americans continued hunting buffalo for food as recently as the end of the 1800s.

3. FOODS OF THE NATIVE AMERICANS

Various seafood, especially fish, played an important dietary role in the Northeast and Pacific regions. Meat was the central dietary ingredient for the Indians of the Midwestern plains, where large herds of buffalo roamed. Deer and rabbits were also hunted. Native tribes of the Northeast hunted elk, moose, and bears.

Corn has always been a sacred food for Native Americans. Different tribes have different names for corn, but all of them mean “life.” Corn was the most important dietary staple. It was served at almost every meal. Ears of corn were boiled or roasted over a fire. Corn was also pounded into flour and then cooked as cereal (mush) or baked in bread. Native Americans were also the first people to cook popcorn. According to legend, an American Indian named Quadequina brought a bowl of popcorn to a Thanksgiving dinner in 1621. 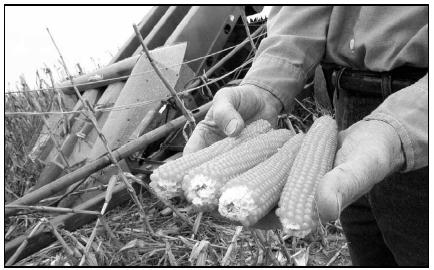 Ears of popcorn are harvested by this farmer. The kernels will be
removed from the cob later, and packaged for sale. Native Americans
introduced both popcorn and wild rice to European settlers.

Beans were also an important part of the Native American diet. Fresh or dried, they were cooked in soups and stew, mashed into cakes, and ground into flour. Other popular Native American foods included squash, pumpkins, sunflower seeds, many types of nuts and wild berries, peanuts (first brought to America by the Spanish), and wild rice. (Wild rice is not really rice—it is a type of grass.) Indians of the Northeast tapped maple trees for sap. The sap
was used to make maple syrup and maple candy. Chili peppers were also eaten by Indians in the deserts of the Southwest, where the fruit of cactus plants was used to make syrup and jam.

Native Americans had a number of spiritual customs connected with food. The Comanches used to thank the Creator for their food. They would hold a piece of food toward the sky and then burn it as an offering. Cherokee medicine men offered a special apology to the Corn Spirit after their people cut down the ripened corn stalks. In the Southwest, hunters tried to inhale the last breath of animals they killed so that the spirit of the animals would be kept alive.

Native tribes observed many different food taboos (forbidden foods). The Comanches would not eat fish or poultry. Many Native Americans avoided food that came in pairs because twins were thought to bring bad luck.

Native Americans celebrated the corn harvest with feasts, which might last for days. Large amounts of food and drink were consumed. In many tribes, a special festival was held as soon as the corn began to ripen. It was called the Green Corn Festival. For the Creek Indians, this festival was so important that it was considered the beginning of the new year. Other tribes celebrated the raspberry harvest or the killing of the first buffalo of the hunting season.

Some native tribes celebrated their bounty with a special festival called a potlatch. The goal of a potlatch was to use up as much of the host’s wealth as possible. Guests stayed for days and received lavish gifts. It would be their turn to host a potlatch the next time.

Native Americans have always been thrifty cooks. They are known for never wasting any food. In the days when they hunted buffalo, they used almost every part of the animal. Only the buffalo hearts were left behind. This was supposed to help the herd to grow again.

Traditionally, Native Americans ate one-course meals. There were no separate courses such as appetizers or desserts. Corn was an important snack between meals. Cherokee Indians ate two main meals a day. In the morning they had cornmeal mush, or cereal. They also ate it in the evening, with meat and vegetable stew or broiled meat or fish.

Hospitality has always been an important tradition among Native Americans. Guests were always served first at meals. If an Inuit Indian had only one bit of food, he would first offer it to his guest. Native Americans also made sure that the poor people in their community had enough to eat.

Modern Native Americans eat many of the same foods as other Americans. They enjoy everyday foods like hot dogs, hamburgers, potato chips, and ice cream. However, some traditional foods, such as corn, are still important. So are dishes like fry-bread, a popular snack and side dish. Fry-bread is probably the most popular traditional food still eaten by Native Americans. It is served with meals or eaten as a snack or dessert.

Native American families are twice as likely to experience “food insecurity” (defined by the U.S. Department of Agriculture as not having access to enough food to meet basic needs) and hunger as other families. Almost one-third of Native Americans live at or below the poverty level. Poverty is the main reason Native Americans experience hunger, malnutrition, and undernutrition. The Bureau of Indian Affairs reports that unemployment and the remote location of most reservations contributes to a high percentage of Native American children (over 40 percent) living in poverty.

The United States Department of Agriculture created the Food Distribution Program on Indian Reservations (FDPIR) in the 1970s to distribute food. However, in the early years of the program, many of the food items distributed (cheese and processed meats) were high in fat. As of the early twenty-first century, the Food Distribution Program has expanded to include lower fat meats, fruit, and vegetables.

Food and Recipes of the Native