What does organic mean?

Is it worth buying organic? Make up your own mind with our no-nonsense guide…

What does ‘organic’ actually mean and what’s the difference between organic and non-organic fruit, vegetables and animal products?

The Department for Agriculture and Rural Affairs (DEFRA) states that:

‘Organic food is the product of a farming system which avoids the use of man-made fertilisers, pesticides; growth regulators and livestock feed additives. Irradiation and the use of genetically modified organisms (GMOs) or products produced from or by GMOs are generally prohibited by organic legislation.

Organic agriculture is a systems approach to production that is working towards environmentally, socially and economically sustainable production. Instead, the agricultural systems rely on crop rotation, animal and plant manures, some hand weeding and biological pest control’. 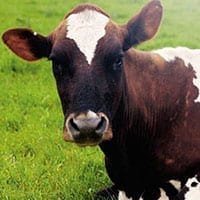 Organic agriculture is about a way of farming that pays close attention to nature. It means fewer chemicals on the land such as artificial fertilisers, which can pollute waterways. It means more wildlife and biodiversity, the absence of veterinary medicines such as antibiotics in rearing livestock and the avoidance of genetic modification. Organic farming can also offer benefits for animal welfare, as animals are required to be kept in more natural, free conditions.

For composite foods to be labelled as organic, at least 95% of the ingredients must come from organically produced plants or animals. EU-wide rules require organic foods to be approved by an organic certification body, which carries out regular inspections to ensure the food meets a strict set of detailed regulations, relating to production methods and labelling.

Look for labels like the Soil Association. This is the gold standard of organic labelling. Because some ingredients are not available organically, a list of non-organic food ingredients are allowed however, all artificial colourings and sweeteners are banned in organic food.

What the research says 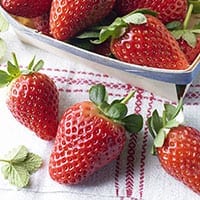 With many people believing that organic foods have a higher nutrient content, are kinder to the environment and livestock and are healthier than conventionally produced foods, demand for organic produce is on the rise. However, scientists have not been wholly convinced that health claims are completely justified, as the research conducted has not shown consistent results with regards to nutrient density.

In 2009, a report published by the Food Standards Agency summarised the findings of previous studies on the comparative nutritional benefits of organic and conventional produce. It concluded that organic did not deliver significant health benefits compared to non-organic equivalents.

However, there is plenty of evidence that there are more vitamins, minerals and omega-3s in organic produce – albeit sometimes just a small difference. A systematic review showed higher levels of vitamins and antioxidants in some (though not all) organic fruit and vegetables as well as lower levels of pesticide residues and heavy metals. 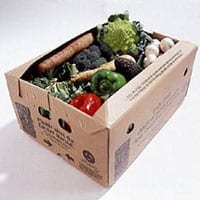 Organic food is cheapest when bought directly from a farmer or producer, either via a box scheme, farmers market or farm shop. Buying local, organic food will often cost less than the non-organic equivalent. Unfortunately, most of us cannot access organic food directly from the producer and therefore it tends to be more expensive than the basic non-organic equivalent in the supermarkets. It does pay to shop around. Some organic products cost less than premium non-organic products. You might be pleasantly surprised.

If you are on a tight budget but would like to buy more organic food, then you could try prioritising your purchases. Items such as organic flour, milk, bread and butter can be cheaper, as can fresh seasonal produce such as salad leaves and herbs. If you do compare prices, you may actually find that many organic brands are cheaper than their conventional equivalents and are often on special offer.

There are other reasons, besides nutrition, that people choose organic food – such as taste, to avoid pesticides and a concern for the environment. The organic movement does promote better soil and it stands to reason that in the long run, organic farming is better for overall soil quality. Let’s not forget the most important factor in your diet, as far as fruit and vegetables are concerned, is to eat as much and as wide a variety as possible.

If eating 100% organic is a struggle, keep in mind there are many high quality, wholesome foods around that do not come with organic certification – such as grass-reared meat, wild fish and hand-made cheeses.