Carlos Gonzalez: What to do if your child won't eat

Got a fussy eater on your hands? Outspoken paediatrician and author, Carlos Gonzalez tells us exactly what we shouldn’t be doing when it comes to feeding our children… 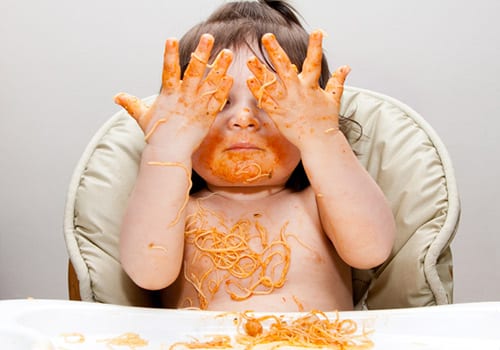 Ever coached your child into 'one more mouthful'? Well, you might be in for a talking to. Known as the doctor who tells parents to break the rules, Spanish paediatrician Carlos Gonzalez is famous for his best-selling no-nonsense books on child rearing and breastfeeding. Here, he answers our questions in no uncertain terms… 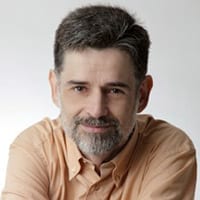 Do new parents have certain preconceptions about raising children?

Well, some of them have, and maybe more in our times than in centuries past. We have fewer siblings, and so fewer nephews/nieces, and so less experience of seeing real babies before we have our own. And babies in films and books frequently never cry, never wake in the night, and children are beautiful and obedient and play by themselves.

How have attitudes to bringing up children changed over recent generations?

Many things have changed, on average, some for good, some for bad:

Are there any common patterns behind fussy eating in children?

I'm not speaking about real eating problems, about very sick children, but about normal, healthy children that are playing happily, but for which mealtimes are an inferno. And the cause in these cases is clear: the parents tried to force-feed the child, maybe misled by some professionals who recommend exaggerated amounts of food. Never try to force a child to eat. Neither by force nor by persuasion, coaching, bribing, distraction or any other method.

But doesn't it matter if your children eat vegetables?

You should eat vegetables, leave your children alone and, in the end, they'll probably eat vegetables also. But there are changes in food preferences in a lifetime. Between one and 16 years, most children would prefer macaroni to vegetables. They will change again, unless you make them really hate vegetables.

So how should a parent deal with a seriously fussy eater?

Leave the child alone. Fussy eating is not a child problem, it's a parent problem.  The parent is the one who has an abnormal behaviour. Because telling someone "finish your veggies" or "a little bit for Dad, a little bit for Granny" or "Brrrr Brrr look at the 'plane!" are not normal behaviours. Stop it now!

What's the best way of alleviating stress from the dinner table?

The child cannot change. He cannot say "I have decided to eat twice as much from now on, so you, Mum and Dad, will be happy". He cannot say that, because anyone who starts eating TWICE as much as before everyday will be obese in a few months. Your child is already eating well, it's you who have to change.

How do you feel about premade food for babies and children?

It's much more expensive and usually not as healthy as your home food. (And if your food at home is not healthy, you should change it now. Eating healthy baby food for a year and unhealthy family food for 30 years will not do). You don't need to prepare special food for your child. He can be offered normal family food from the start.

Adventurous eaters? I had never thought of that as an objective when raising my children. Usually children don't like new, unknown food. It's normal.

Sound common sense or just not practical? We'd love to hear what you think about Carlos Gonzalez' advice. Get involved in the debate below…

Carlos Gonzalez is the author of My Child Won't Eat, Kiss Me! and Breastfeeding Made Easy. For more information visit pinterandmartin.com.