What your food cravings really mean

Experiencing some unusual cravings? Is it just about mood or could you be lacking something essential? From pregnancy to feeling picky, Kerry Torrens explains what your body might be trying to tell you… If you’re prone to the mid-morning munchies or feel the urge for that afternoon sugar hit you probably end up blaming yourself for being weak-willed. But have you ever thought there might be more to your cravings than lack of willpower alone?

Stress, anxiety and emotions can all impact our ‘need’ for certain foods – take carb foods like bread, biscuits and sweet treats, eating them has a calming effect and boosts levels of the good mood brain chemical, serotonin – which is just what you craves when you’re feeling down or you’re stressed out. 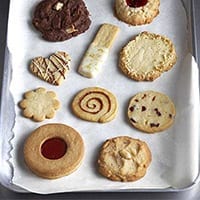 In fact cravings are far more likely to be a message from your brain about how you‘re feeling, than your stomach saying its hungry or that you have a specific nutrient need. That said there are some physiological conditions like type 2 diabetes and other metabolic disorders (like polycystic ovarian syndrome ‘PCOS’) which may find you craving carbs and sugary foods. Similarly, a large percentage of women experience cravings in the days before their period – typically for serotonin-boosters like chocolate or salty foods, which can boost the body’s stress managing glands, the adrenals.

If all this sounds familiar then take heart because there are steps you can take to manage your cravings:

We’ve all heard of crazy

food cravings during pregnancy but are they a useful sign of a nutritional need or just another example of hormonal havoc?

Almost two thirds of mums-to-be experience some form of food craving – whether it’s for chilli or chocolate, pickles or potato chips the urge to satisfy this ‘need’ is strong.  But is this really your body’s way of communicating some inborn wisdom?

This is a hotly debated topic with many arguing that the scientific proof of our body’s inner ‘knowledge’ just isn’t there.  What we do know, however, is that you’re far more likely to experience food cravings if you suffered from bad bouts of morning sickness during early stages of pregnancy. The most commonly craved foods tend to be those high in energy, especially fatty or sweet foods, rather than those which are rich in protein and fibre – so perhaps it’s the extra energy boost our bodies crave when the demands of pregnancy are upon us.

It’s not just cravings for food that mums-to-be experience, they may also feel strong aversions, which may even be for foods they previously munched quite happily. Experiencing both these symptoms is a more likely scenario than having just cravings alone. What’s more research tells us you’re more prone to food issues during pregnancy if you experienced them beforehand – so faddy eaters beware!

For many of us food aversions can be quite easily explained by our often heightened sense of taste and smell – for example, many expectant mums declare the kitchen a no-go area when protein foods like meat and fish are being prepared. Other women have an urge for strange smells and scents with the object of their desire often as bizarre as some cited food cravings.

Ice, freezer frost, clay, earth, polystyrene and soap are amongst the weird and wonderful non-food items that pregnant women can feel the need to consume. This practice is known as ‘pica’ and once again many attempt to explain it by associating it with a nutrient deficiency, most commonly for the mineral iron. That said, although studies suggest women who tend to practice pica are more likely to have been under-weight and possibly anaemic at conception, the scientific link with a specific nutrient(s) remains elusive.

So if it’s not your body telling you of a specific nutrient need can it really be down to hormones?

Well a number of experts believe it is – but we’re not talking female hormones here, it’s more to do with the hormones that govern your appetite. Many of these appetite-controlling hormones shift during pregnancy with some, including a hormone called Neuropeptide Y increasing, this leads to a corresponding rise in appetite. Once again our knowledge is lacking because although these hormones can increase our appetite during pregnancy, linking them with an actual food craving is not so easy. 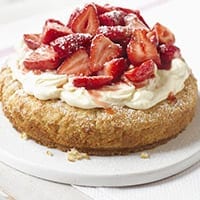 So what do we know?

One thing is clear and that’s a cultural link with the food you crave – this means the food cravings of an expectant mum in Tanzania are likely to be quite different to those of a mum-to-be in the UK or US. Also food cravings and aversions tend to be at their most intense during early pregnancy (although that’s not always the case), with most mums-to-be experiencing a peak during the second trimester, after which the feelings generally peter out. That said, if you start to crave sweeter foods as the pregnancy progresses it’s worth mentioning this to your health care professional because an increased desire for sweet foods is common in women who go on to develop gestational diabetes.

Despite the ferocity of food cravings it’s good to know that they rarely lead to the types of over-eating bouts commonly seen with eating disorders. Although, don’t forget that indulging too often can lead to excess weight gain, which places extra stress on your body and may result in a high birth-weight delivery with its associated implications.

With no widely accepted explanation for food cravings during pregnancy the best advice has to be that as long as your cravings do not threaten your health and that of your unborn baby, and you continue to eat a balanced diet then go ahead and indulge occasionally. However, if your cravings persist, they prevent you from getting the essential nutrients you need, they’re high in fat, sugar or salt or they put you at risk of food poisoning speak with your GP.

It’s worth remembering that salty foods not only impact your blood pressure but can cause bloating and make your ankles swell and eating too much sugar can put an additional load on organs like the pancreas. Likewise if your cravings are just plain weird – soap, sand and coal are not unheard of – and they are stopping you from achieving the right balance in your diet, seek medical advice.

Finally, a word for those planning a pregnancy – one thing we do know is that how you nourish yourself prior to conception is as important as your diet during pregnancy, so start early and eat a well-balanced diet now to help you enjoy a happy, healthy pregnancy in the future.

For more information on diet in pregnancy visit nhs.co.uk/pregnancy-and-baby.

Have you had any strange cravings? We would love to hear them…