What to eat during cycling

If your rides are over an hour in length you should consider proper hydration and refuelling strategies during your ride. Elite sports nutritionist James Collins explains how you can top up energy and eat right on the bike… Road cycling has witnessed huge growth in recent years, following the success of Great Britain’s elite cyclists. Elite riders can cover between 400-1000km a week, whereas their recreational counterparts can total over 300km a week. This high volume of training places importance on the diet to sustain performance and to help all cyclists improve their fitness.

Keeping up carbohydrate (muscle glycogen) levels is critical whilst riding to maintain blood glucose to supply energy to the working muscles. The dreaded feeling of ‘bonking’ can hit riders, which makes it 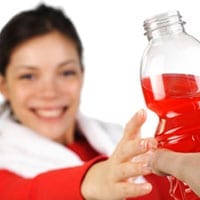 impossible to maintain intensity, as carbohydrate stores have run out, leaving riders shaky and feeling empty.

For rides over 1 hour, carbohydrate intake needs to be well organised. Training pouches and other accessories mean that it is easy to transport snacks. Aim for between 30-60grams of carbohydrate per hour (depending on the intensity of your ride). 30 grams can be provided by the following: How long can I cycle for without refuelling?

For rides under 1 hour there is no need to refuel on the move, if you have eaten beforehand. After this time, riders should practice taking on small amounts of high GI carbohydrates during cycling, which helps to top up blood glucose and provides ongoing fuel to the working muscles, to help maintain energy.

The readily absorbed carbohydrate also provides important fuel for the brain, which allows the body to keep working harder, especially when tired. New research has shown that even using a carbohydrate sports drink as a mouth rinse, helps to activate the brain – this could be useful later in the ride, when you can’t face drinking. 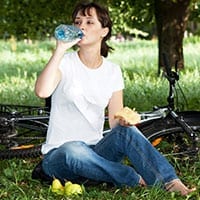 What are the best foods to eat on the bike to avoid feeling full?

Keeping to the easily absorbed, high GI carbohydrate options (listed above), is important to avoid discomfort and nausea. Where possible, try to include some carbohydrate-electrolyte sports drinks to meet your fuel and fluid needs. 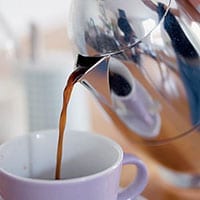 What are some different options for energy boosting during a ride?

Aside from the carbohydrate options, don’t rule out the use of caffeine for an energy boost, if you habitually include caffeine within your diet. There are commercially available sports drinks and gels containing caffeine, which can be extremely useful, especially later in the race.

Should I only eat when I feel hungry or should I snack reguarly during a ride? 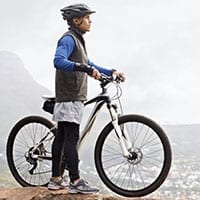 Don’t rely on hunger as a cue to refuel during a ride. As a general rule, practice and refine your fuelling during training rides, to find a system you feel comfortable with. Taking on carbohydrate little and often, for a constant energy supply, is often the most efficient strategy.

Approximately 30-60g carbohydrate an hour is the target during longer training rides, as the body can absorb this amount and use it for energy on the move. Carbohydrate drinks are typically the most efficient way to reach energy targets, and stay hydrated. Carbohydrate gels will also provide readily available energy as they are rapidly absorbed. Small pieces of banana, cereal bars and jellied sweets can also help to offset hunger. 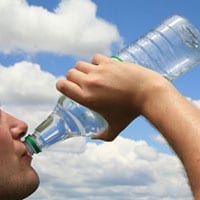 I’ve heard a lot about glucose/fructose products – are these right for me?

There has been a lot of research over the last few years on carbohydrate use during endurance performance. Previously the focus of many sports nutrition products was glucose. It is now known that a combination of sugars; glucose & fructose, results in better carbohydrate absorption that's more effectively broken down to produce energy during exercise.

A mixture of 2:1 glucose and fructose can deliver up to 50% more energy to the working muscles, meaning up to 90g per hour can be used by the muscles as fuel (just 60g per hour with glucose alone). These are the products that elite cyclists (and triathletes) will often use during competition.

Glucose and fructose are absorbed differently in the intestine, so in some cases, where carbohydrate intake is higher, products that combine these sugars can reduce gastrointestinal upsets.

As a general rule, these products will only give a performance advantage for races/events in excess of 3 hours.

Now you know what to eat during your cycle, get the rest of your training nutrition right:

Are you training for an event this year or getting to grips with a new sport? Share your tips and experiences below.

As a sport and exercise nutritionist, James Collins regularly provides comment and consultation within the media and maintains a role of governance within health & nutrition in the UK, where he sits on The Royal Society of Medicine's (RSM) 'Food and Health' Council. He was heavily involved in advising Team GB in the run up to the London 2012 Olympic games, and now towards Rio 2016.