What to eat for a triathlon

If you're planning to take on a triathlon this year, getting your training and competition nutrition right can make all the difference to your progress and performance. Katie Hiscock explains what to eat when and how to find a fuelling strategy that's right for you… With swimming, cycling and running to tackle, plus six distances to choose from, understanding what to eat when in a triathlon is tricky. Here’s our guide to the essentials…

When it comes to sports nutrition, there’s one rule worth remembering: before you start a race, your body will already have around 90 minutes to two hours’ worth of energy stored if you eat a balanced diet. This energy is stored in your muscles as glycogen, and it’s this fuel that will power your muscles in the race ahead. For races under 90 minutes, you don’t need to think about a fuelling strategy, other than eating a diet rich in healthy macro and micro nutrients, and eating well in the days before a race to make sure your glycogen stores are topped up.

For races where you’ll be racing for over two hours – which will mean Olympic, half Ironman and Ironman distances in triathlon – you’ll need to consider two aspects of race nutrition: carb loading and fuelling during the event. Get these right and the stage will be set for a strong performance. Get them wrong and your performance will suffer – DNF (did not finish) are the letters noone wants to see after their name on a race results page, and very often this stems from poor nutrition tactics. 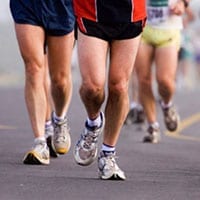 Carb loading ahead of a race is essentially the same whether you’re doing a marathon, ultra race, triathlon or cycling race. It means topping up your glycogen stores in the days ahead of your event. For triathlon particularly, avoid too much fibre in the days before as stomach cramps and bloating during the swim or on the bike are pretty unpleasant!

Fuelling during a triathlon 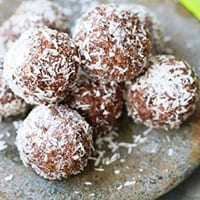 Depending on your gender, size, and the temperature, terrain and intensity of the race you’ll burn roughly 500-1,000 calories per hour. Your goal during the race is to replace roughly 30-50% of the calories you burn. In an Ironman distance (the longest triathlon distance), the race can last anything from nine to 17 hours+, which means you'll need to consume a lot of calories! At a recent Ironman in New Zealand for example, male competitors burnt an average of 10,036 calories and consumed 3,940 calories during the race. 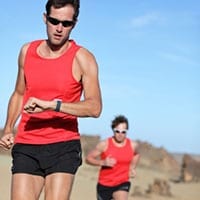 What to eat when

How do you take calories on board during a long race? The beauty of triathlon is the three disciplines, and you can adapt your fuelling in each leg of the race. However you decide to fuel, race foods need to include fast-release carbohydrates that will deliver energy to your muscles quickly. In a triathlon, this can be in the form of energy drinks, energy gels, sweets, dried fruit, energy bars, flapjacks and even sandwiches. 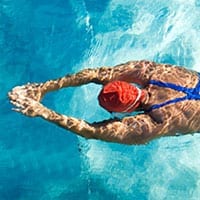 The swim leg typically features first in triathlon. If you’ve been carb-loading well, your muscles will already be well-nourished so there will be little to do in the swim other than take on board a sports drink or gel (depending on the race length and personal preference) before and after the swim. 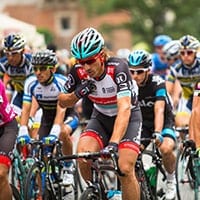 The bike leg is the time to really kick-start your fuelling strategy, and it’s important to start fuelling before you feel the effects of energy depletion. It’s often easier to eat on the bike so it’s a good time to refuel with solid foods, such as sandwiches, flapjacks and energy bars that you can store on the bike thanks to specially designed zip-up food bags that attach to the bike frame.

In longer races, it’s not uncommon to see competitors with three bottles attached to the bike frame – usually one is for water, one for an energy drink and the other a concentrated form of energy mix that can be diluted with water from the water stations along the route.

Studies suggest that you’ll only be able to absorb the calories you need during the race if you slow down to around 60-70 per cent of your VO2 max (maximum oxygen uptake), which is roughly two-thirds of your race pace. 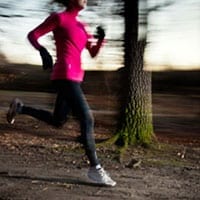 As the final leg in a triathlon, the run is usually when real fatigue sets in. Where it was easier to eat solid foods on the bike, fuelling on the run is a little trickier. Transportable foods such as energy gels, sports drinks, gummy sweets and dried fruit such as raisins are the easiest items to attach to a running belt. It’s wise to find out what energy gel brands and foods will be available at feeding stations along the route too, so you can factor this into your fuelling strategy.

Fuelling for a long distance triathlon is tricky to get right. The goal is to eat enough to keep your energy levels high, yet avoid over-eating and leaving your body struggling to digest foods when it’s already under stress from exercise. It’s a tough balancing act, individual to everyone. Keep in mind that what works for your friend won’t necessarily work for you, so it’s wise to rehearse your nutrition plans ahead of a race to find food combinations that suit you.

Are you preparing for a triathlon? Ask questions or share your top tips below…