Why we need folate 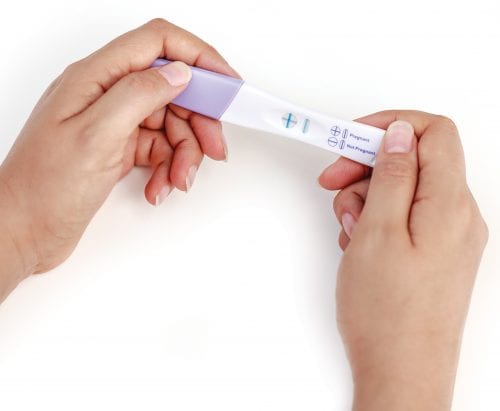 Also known as vitamin B9, or folic acid in supplement form, folate is vital for a healthy immune system and works with vitamin B12 to form healthy blood cells. It allows cells to divide normally and is crucial for mental well-being. It’s particularly important for women planning, or in the early stages of pregnancy to help reduce the risk of neural tube defects (NTDs).

What happens if I’m deficient?

A folate deficiency can result in a form of anaemia causing tiredness, breathlessness, faintness, headaches, palpitations, poor appetite, weight loss, impaired taste, diarrhoea, numbness and tingling in the hands and feet, muscle weakness and depression. A deficiency can result from low intake or be due to health problems that affect the absorption of nutrients, such as Crohn’s disease, alcoholism or untreated coeliac disease.

Are we getting enough?

Inadequate folate in early pregnancy can impair spinal development in the baby, resulting in spina bifida or other NTDs. Around two per cent of New Zealanders were found to have low folate levels in the last adult nutrition survey. Only 27 per cent of women aged 18-44 had levels associated with a low NTD risk. An increase to 59 per cent in a later survey may be partly due to voluntary fortification of bread since 2010. Ideally, women will start taking folic acid at least four weeks before conception but, despite most knowing this, only one-third of Kiwi women do.

Low folate levels have been found in people with depression. The recommended dietary intake of folate for most adults is 400mcg a day. But there are more detailed guidelines for specific ages and stages in life.

The Ministry of Health recommends all women planning a baby, and in the first 12 weeks of pregnancy, take 800mcg of folic acid daily, on top of consuming more folate-rich foods throughout pregnancy. Women at high risk of an NTD-affected pregnancy are advised to take a 5mg supplement.

How much do I need each day?

*This amount only takes into account the requirements for pregnancy. Additional folate is needed for the prevention of neural tube defects.

Where to find it

The main sources of folate are vegetables, especially green leafy ones. It is also found in pulses, eggs, wholemeal bread, oranges, orange juice, and fortified foods.

Can I have too much?

While you can’t get too much folate from food, including fortified foods, supplements can disguise a vitamin B12 deficiency, potentially leading to irreversible nerve damage. The problem arises because supplements treat anaemia, one of the early, outward signs of a B12 deficiency, without treating the deficiency itself. With signs of anaemia eliminated, nerve damage can continue unnoticed. It’s a particular problem for older people at increased risk of a deficiency. Unless you’re pregnant or planning a pregnancy, you can get all the folate you need from food. If you do take supplements, have no more than 1mg (1000mcg) of folic acid a day (unless you’re pregnant and have been prescribed a higher dosage).

What about fortified foods?

In some countries fortification of certain foods, such as flour and pasta, is mandatory. Here, as in the UK and Ireland, certain foods can be voluntarily fortified with folic acid (bread, breakfast cereals and fruit juices). In 2012, our government decided not to switch to mandatory fortification.