Behind the science: Magnesium 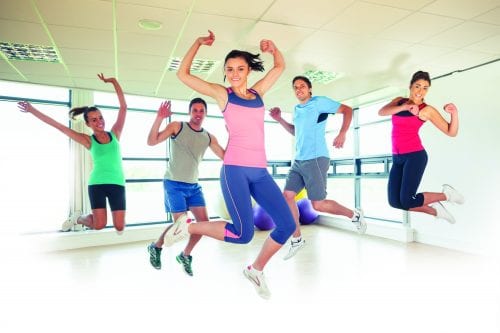 What does magnesium do?

Magnesium is involved in more than 300 chemical reactions in our bodies. It’s needed for energy production, managing blood glucose levels, blood clotting and regulating blood pressure. Magnesium is also involved in conducting nerve impulses, muscle contraction and normal heart rhythm. It’s estimated our bodies contain around 25g of magnesium and over half of that is found in our bones.

Maintaining the right amount of magnesium in our bodies depends on absorbing magnesium from food in the gut and excreting any excess in our urine. Low intakes of magnesium won’t result in any noticeable symptoms in the short term as our kidneys conserve magnesium when intake is low. And when magnesium intake is higher than needed the kidneys flush more out in our urine. Magnesium stored in bones can also be used to maintain the balance elsewhere.

When magnesium needs are greater, for example during breastfeeding, much less magnesium is excreted. The amount of magnesium we need also increases with high intakes of calcium, protein, vitamin D and alcohol. Stress, whether physical or mental may also increase our needs.

People most at risk of not getting enough magnesium include those with gastrointestinal diseases which reduce absorption, such as coeliac disease and Crohn’s disease, people with type 2 diabetes, older people and those with long-term alcoholism.

While we are probably familiar with the importance of calcium in bone development and ongoing bone health, higher intakes of magnesium are also associated with greater bone density, which lowers the risk of bone fractures and osteoporosis. Whether or not magnesium supplements can help to reduce the risk of osteoporosis is not yet known.

Calcium stimulates muscle contraction while magnesium acts as the relaxant, and because of this role magnesium supplements are claimed to prevent muscle cramping. However, the jury is still out on this.

Magnesium appears to play a role in blood pressure. Some studies have found magnesium supplementation can lower blood pressure but the effect has been quite small. Contrast that to the DASH (Dietary Approaches to Stop Hypertension) diet studies, which show significant decreases in blood pressure with a diet emphasising vegetables and fruit, whole grains, low-fat dairy and a low sodium intake. A whole diet approach is the best option.

While there are likely many causes of migraine headaches, some people who suffer migraines have low magnesium levels. A few small studies have found magnesium supplements may reduce the frequency of migraines, although the effect is small. The American Headache Society advises that magnesium is ‘probably effective’ for migraine prevention. The doses used in the research are higher than the recommended upper limit, so if you wish to use magnesium for migraines, it’s important to do this under medical supervision.

Nutritional deficiencies of magnesium and the B group vitamins are hypothesised to impair sleep and there is limited evidence that boosting these could have a modest effect on sleep quality and duration. This is based on their roles in the production of melatonin and serotonin. The science around this is pretty limited but one out-take could certainly be that a healthy diet high in magnesium-rich foods could help with sleep.

How to get enough

The recommended dietary intake (RDI) each day for magnesium is 420mg for men and 320 mg for women aged 31 and over. (Younger men and women need only slightly less.) A diet rich in plant foods will provide plenty of magnesium as it’s found in nuts and seeds, legumes, wholegrain cereals and dark leafy greens. Milk and dairy products also contain magnesium. Getting enough magnesium from a diet low in plant foods and with mostly processed grains will be more difficult.

What if I don’t get enough?

Magnesium deficiency is not common in otherwise healthy people, but if we have low magnesium intakes over a long period it is possible to become deficient. Early symptoms include a loss of appetite, nausea, vomiting, fatigue and weakness. However, these symptoms could be caused by many other things, some more serious than others, so don’t self-diagnose! See your GP.

Did you know? Magnesium can have a laxative effect.