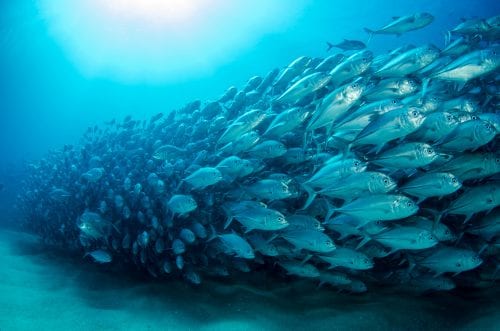 New Zealanders are at serious risk of iodine deficiency. HFG senior nutritionist Rose Care explains why iodine is important and how to make sure we're getting enough.

Why do we need iodine?

Used by the thyroid gland to produce thyroid hormones, iodine is essential for normal growth and metabolism. Low iodine levels can cause poor cognitive function, thyroid diseases and goitre. Research from Otago University has shown that correcting mild iodine deficiency in 10 to 13-year-old children improved their problem-solving scores.

A number of studies have shown our iodine intakes have fallen to unacceptable levels. Twelve years ago, Professor Christine Thomson of Otago University published a study showing iodine intakes in a sample of adults in both the Waikato and Dunedin were well below levels measured in New Zealanders in the 1960s and 1980s and were again approaching levels associated with clinical deficiency. The New Zealand Food Safety Authority (NZFSA) has estimated our intakes could be less than 60 per cent of the recommendations.

Why are we low on iodine?

Foods grown in New Zealand are a poor source of iodine as our soils have low levels of this mineral. First introduced here in 1924, iodised salt solved our problems for many years. These days, however, we don't use as much table salt and we also eat a lot more prepared and processed foods which generally don't contain iodised salt. In the past, sanitisers containing iodine were used extensively in milk and dairy processing, so dairy products also became a significant source of iodine in our diets. While we still get some iodine from dairy products, it's much less than in the past. Together, these changes have caused the decline in our iodine intakes.

Since September 2009, manufacturers have been required to add iodine to our bread. Only organic bread and unleavened bread is excluded.

Who is most at risk?

How to get enough iodine

People not eating commercial breads with iodine in them are advised to try to eat more iodine-rich foods, especially seafoods. Kelp and seaweed tablets are not recommended as they can have variable and often very high amounts of iodine. There is a risk of toxicity from too much iodine.