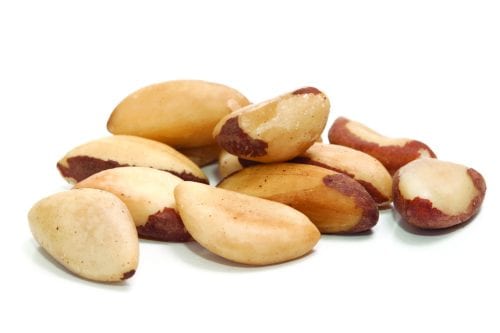 Why do we need selenium?

The mineral selenium is incorporated into a range of important proteins in our bodies, called selenoproteins, one of which is a vital part of our antioxidant defence mechanism.

Scientists believe selenium could play a role in reducing the likelihood of developing cancer, as it has been shown to inhibit cell proliferation. While there is some evidence selenium may help protect against prostate cancer there is little evidence for protection from other cancers yet. We can expect to see more research on this in the future.

So far, the studies used cannot show that higher selenium helps prevent heart disease. Randomised control trials are needed in order to identify what role, if any, selenium may have in preventing heart disease.

Do we get enough?

New Zealand soils are low in selenium, which means locally grown foods are low in this mineral. Our selenium intake over the last couple of decades has improved but despite more selenium in our food supply it’s estimated that adult women in New Zealand only get around 80 per cent of the recommended dietary intake (RDI) for selenium, and adult men get around 95 per cent of the RDI.

On average our blood selenium concentrations remain lower than those in many other Western countries. New Zealand research has shown that higher selenium intakes result in increased activity of one of the important antioxidant selenoproteins. Researchers believe this indicates our current average intakes are not high enough for the optimal functioning of these proteins which may affect our health.

Can you get too much?

New research is finding that too much selenium, even at levels thought to be below toxic amounts, may be harmful. Observations from a recent randomised controlled trial with selenium supplementation, as well as other studies, suggest taking selenium supplements or higher selenium status may have adverse effects such as high cholesterol and increased risk of high blood pressure and diabetes.

We don’t see obvious signs of selenium deficiency in New Zealand, but suboptimal intakes may mean less than optimal health. Fish and seafood are good sources of selenium but the simplest way to improve our selenium intake without having an excess is to eat two Brazil nuts each day as these are the richest source of selenium.

See Foods to boost selenium for ways to increase your intake.