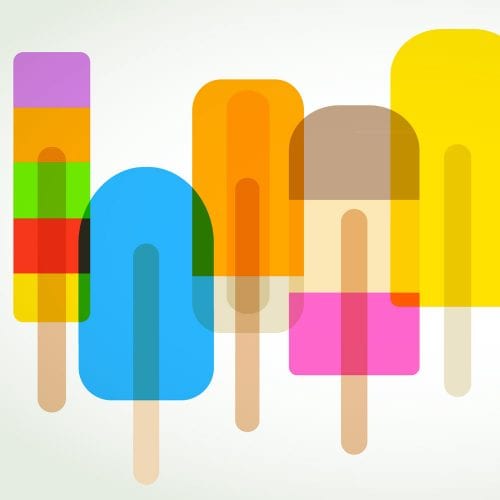 ‘No refined sugar whatsoever’ and ‘all natural’, says the ice block packet. When I turn it over to look at the ingredients, it contains rice malt syrup and apple purée, equating to a couple of teaspoons of sugar.

These are some examples of the kind of things we’re seeing now about sugar. And these are what make us more and more confused about sugar.

It used to be that we knew sugar when we saw it. It was the white stuff we all had in the cupboard. On packaged food, it was listed as ‘sugar’.

Now, as we published back in 2015 (see How to be sugar smart), sugar can have more than 30 different names in an ingredient list. It can be called fruit juice concentrate or agave nectar or evaporated cane juice. It might show up as fructose or molasses or honey. It can be raw, brown, muscovado or demerara. It’s no wonder we are confused.

But food companies are doing their part to increase the confusion. They’re capitalising on our interest in eating less sugar and getting back to more whole foods by coming up with new lower-sugar products (this is good) – but also by fudging how they describe what sugar is in their products.

The marketers of a packet of organic coconut sugar I picked up recently have done this. ‘Natural sweetener’ says the green strip on the front of the packet. I think, technically, we could say the same about good old white sugar – it is a simple plant food, after all. They’ve also highlighted the fact that coconut sugar is ‘gluten and dairy free’. Great – but so is white sugar! On the back of the packet it says the coconut sugar is ‘unrefined, unfiltered, unbleached and a preservative-free whole sweetener’. See what they’ve done there? They’re using these words to make you think this is somehow healthier than other forms of sugar, which may be tainted by nasty refining or preservative. (For the record, sugar is itself a preservative; nothing is added to regular old sugar during its processing. Nor is it bleached).

I saw a similar claim – ‘no refined sugar’ – on a packet of cereal recently.

This contained coconut sugar and honey, and wouldn’t have met our nutrition criteria for sugar in cereal. The sugar may not have technically been refined – coconut sugar is processed differently – but it’s no different from any other sugar when it comes to what it adds to a recipe.

Nutritionally, there is really no difference between using coconut sugar or brown sugar or rice malt syrup and using ordinary white cane sugar.

Dextrose is also just another type of sugar, made from corn, wheat or rice. Its high GI makes it useful in IV preparations in hospitals for the treatment of dehydration and low blood sugar. Why it would be in a ‘sugar-free’ recipe I have no idea, except from a desire to avoid using white cane sugar and a misunderstanding of what sugar is.

The same goes for rice malt syrup. It may sound healthier, especially if it’s made from brown rice, but the ‘syrup’ in the name should be a clue. It’s another type of sugar; it’s simply in liquid form.

I think it’s worth being very wary whenever we see claims of ‘healthier’ sugar. It’s not quite a case of sugar is sugar is sugar, but almost.

It’s a good goal to want to eat less sugar. But to do this when we’re looking at packaged foods, we need to look beyond the marketing claims on the front of the pack. Turn it over and look at the ingredients list and the nutrition panel.

If it’s a recipe on the internet (or in a book or magazine) look at the ingredients and ask “Where’s the sweetness coming from in this recipe?” and watch for magical alternatives to sugar.
Also, don’t be afraid of using white sugar. We don’t want to use too much, of course, but a little in a baking recipe that’s served in small quantities is (despite reports) not going to kill us. In almost any recipe, you can cut the quantity of sugar a little without affecting the texture
or flavour.

Sugar claims to look out for