How do they produce sugar? 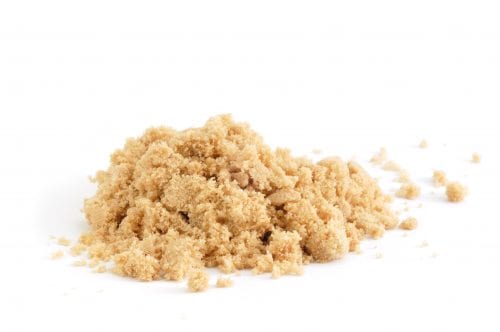 Transforming the sugar cane plant to crystal or liquid form for use is an involved process, as HFG senior nutritionist Rose Carr discovers.

From sugar cane to cane sugar

Sugar cane is a tropical grass that’s typically grown in subtropical climates — Fiji and Queensland being the closest commercial growing areas to New Zealand. In Australia cane grows to around two to four metres high. In Queensland where it is hotter it takes around nine to 16 months for the cane to reach maturity. Cut cane resembles bamboo stalks and once cut it will start to deteriorate so the sugar cane is transported to the mill for processing as quickly as possible to retain the best quality. At the mill, sugar cane is chopped into short pieces which are then shredded to break down the hard outer structure of the cane. This fibrous material is then crushed through a series of rollers to extract the juice. The remaining fibrous material is used as fuel to run the furnaces at the mill.

Juice from the sugar cane is strained to remove large particles and impurities and then clarified. The juice is thickened by boiling and evaporating off excess water then sent to vacuum pans for crystallisation. The juice is ‘seeded’ with tiny sugar crystals and boiled so that more sugar crystals form. From here the crystals and mother liquid (molasses) around them are sent to a high-speed centrifuge where they are separated. The cane sugar crystals are washed with water, separated from the water and dried ready for dispatch to a sugar refinery. At this stage the sugar still contains impurities.

From cane sugar to refined sugar

The Chelsea sugar refinery is the only sugar refinery in New Zealand. Cane sugar refined here is usually supplied from Australia. Ships usually arrive every six weeks at the refinery wharf. When HFG visited the refinery we were surprised the raw cane sugar looks very much like raw sugar we could eat. At this stage, however, it still needs to be refined as it is not food grade and cannot be sold for human consumption or used in food manufacturing.

The raw cane sugar is first washed with a hot sugar syrup to loosen the molasses film which coats the crystals. Hot water is then sprayed at the mixture while it’s spun at high speed in a centrifuge which separates the crystals from the syrup and other impurities.

Around 50 per cent of the colour is removed from the cane sugar during this process. Next, the sugar crystals are mixed with hot water and dissolved to form an amber-coloured syrup which is strained to remove impurities such as any remaining cane fibre.

The syrup to be used for white sugar is then filtered and clarified while raw sugar goes straight to the recrystallisation process. Milk of lime is added and carbon dioxide (CO2) gas is bubbled through the syrup. The lime and CO2 react to form calcium carbonate (chalk) which will help the filtering process. As the syrup is pumped through a series of filter presses, coloured impurities in the syrup cling to the calcium carbonate crystals.

The next step in the process is decolourisation where soluble impurities adhere to an adsorbent.

The two most common methods of decolourisation involve the use of either granular activated carbon or bone char, which is made from de-greased and burned cattle bones. Think of it like your water purifier at home. Bone char was previously used at the Chelsea refinery but these days activated carbon is used, which sounds a bit nicer — especially for vegetarians.

The now very clear sugar syrup is sterilised using ultraviolet light which will kill any pathogens that could potentially survive the high temperature processing. This progresses to the evaporator and then to the vacuum pan in the same sequence of evaporation, seeding and separating used to produce cane sugar. In the centrifuge, white food grade sugar is washed and retained in the inner basket and the syrup centrifuged to the outer shell. This syrup can be returned to the pans to grow more crystals, or it can be concentrated by the boil-out pans to be used to produce soft brown sugar, coffee crystals, golden syrup or treacle.

Moisture is removed from the white sugar crystals in warm dryers and the sugar is conditioned with a flow of dehumidified air, improving its storage properties. The white sugar — which makes up around 80 per cent of the refinery’s production — is ready for packing.

What about sugar beet?

About 70-80 per cent of sugar worldwide is produced from sugar cane with the remainder made from sugar beet, a root crop which resembles a large parsnip. Sugar beet is grown in more temperate climates, mainly in Europe, the US, China and Japan.