Should sugary drinks be taxed? 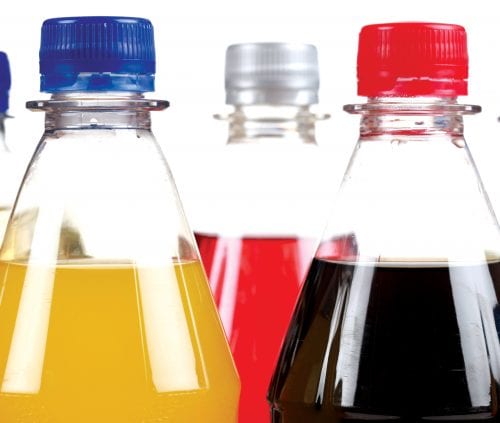 Sugary drinks have been in the news lately. A group made up of researchers and public health doctors (the FIZZ group) have banded together because they believe sugar-sweetened drinks are a major contributor to poor health in New Zealand. They compare sugary drinks to tobacco, and say similar strategies should be used to phase them out, including restricting advertising and sales. They are also lobbying for a 20 per cent tax on sugar-sweetened beverages (SSBs) and have a goal of a SSB-free New Zealand by 2025.

Sugar-sweetened beverages are energy dense (ie. they pack a lot of kilojoules) and nutrient poor — they don’t provide anything beneficial to the diet. They are a very easy way to consume a lot of energy, and they don’t make us feel full the way whole foods do so they are easy to over-consume. As you would expect, SSBs are loaded with sugar. One can of fizzy drink can have nine teaspoons of sugar in it, fruit drinks and sports drinks can have even more. That’s a lot more than is ideal. The WHO recently proposed that the guidelines for sugar consumption should be revised downwards: they suggest a recommended daily intake of no more than six teaspoons of added sugar. Right now, we are having double this recommendation. Sugar- sweetened beverages are the number one source of sugar in the diets of Kiwi adolescents.

Why do health experts want to tax sugary drinks?

SSB consumption is linked with obesity, type 2 diabetes, tooth disease, gout and other risk factors for cardiovascular disease and premature death. The FIZZ group says: “The tide of evidence which implicates sugary drinks with these common diseases is so strong now that ending the sales of these products is justified.” Healthcare professionals at the front line see the results of overconsumption: in 2012 more than 5000 kids under seven years of age needed a general anaesthetic for tooth removal. At $5000 per anaesthetic, that’s a significant cost. On top of that is the long-term cost of obesity and related diseases. For example, Diabetes New Zealand has estimated that type 2 diabetes will cost the country $1 billion a year by 2021.

Would a tax work to make us healthier?

There’s a lot of debate around this question. As you might expect, beverage manufacturers say there’s no proof a tax would change people’s behaviour. They say they are working on the problem in other ways already, introducing more low- and no-sugar recipes and encouraging physical activity.

Tax advocates, however, point to the example of tobacco, where taxation is seen as one of the main tools in cutting smoking rates.

In Mexico, where a 12 per cent tax was recently introduced on sugary drinks, there has been a seven per cent reduction in sugary drinks consumption in just a few months. A study conducted by Auckland University researchers and published in the New Zealand Medical Journal estimated that a 20 per cent tax on fizzy drinks would help avert or postpone about 67 deaths from diabetes, cardiovascular disease and diet-related cancers a year. They also found the tax could generate up to $40 million in new tax revenue each year, which could be invested in programmes to improve population health. A UK study published in the British Medical Journal estimated that a 20 per cent tax on sugar-sweetened drinks in that country would lead to a reduction in the prevalence of obesity of 1.3 per cent (affecting around 180,000 people).

Some critics say that, and Health Minister Tony Ryall appears to agree. He’s stated the government is not interested in taxing SSBs. He says education and informing the public about food is the way to cut obesity. Critics agree education is a good idea — but say we need more.

Dr Beaglehole says: “It’s very difficult to change an unhealthy behaviour when you live in an unhealthy environment. When you modify the environment, you make it easier for people to make healthier choices.” He argues that a tax is a way of helping people who don’t have the knowledge or education to be healthier, and points out that it’s these groups who are most affected by obesity and related ill health. “Besides”, he says, “nannies are helpful!”

Tax advocate Tony Falkenstein agrees. “To me, it is a ‘nanny state’ where low-sugar users pay for the costs of high-sugar users. The sugar problem is an economic issue, as well as a health issue.”

Surprising support comes from global bank Credit Suisse. In a report last year titled Sugar Consumption at a Crossroads, the bank’s researchers said:
“After balancing arguments in favour and against, we believe that taxation would be the best approach and will provide the best outcome: reducing consumption while helping the public sector deal with the growing social and medical costs”. Like Dr Beaglehole, they point out that the best results will probably happen with a combination of government regulation and self-regulation by the beverage industry.

Another approach: The ‘Sugar Reduction Incentive’

Tony Falkenstein, of Just Water International, has proposed the idea of a ‘Sugar Reduction Incentive’. He explains: “Manufacturers would reduce their added sugar content down to five per cent over a six-year time frame. This is fair — it gives consumers time to reduce their habit, and manufacturers time to change their formulas and production.”

Ten per cent would be the maximum added sugar content allowable, before taxing the food or drink at 25 per cent, and this maximum would reduce to five per cent over a six-year period.