Why you should eat pasta 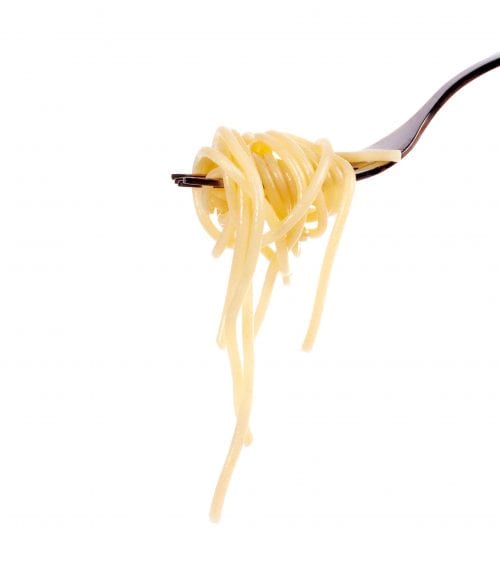 We investigate an Italian classic that's become a Kiwi favourite.

Although different types of pasta and noodles are eaten in many cultures, it is Italian cuisine we associate with pasta.

In its earlier days pasta was only consumed by the poor. It was a nutritious food which stored well but it was usually boiled and eaten by itself, or at most with a little cheese to add flavour, so it wasn't terribly appetising.

Thankfully, sometime around the 1800s those clever Italians paired pasta with a tomato sauce and its popularity took off.

At the same time it was found eating pasta with the hands – as had been the practice – was now too messy, and the middle classes took to using forks. In Italy pasta is still eaten with a fork, not a fork and spoon as many of us do here.

The simplest form of pasta is a mix of durum wheat flour and water. Durum wheat is a hard, high-protein wheat suitable for pasta and semolina products but not for bread or baking. The flour of durum wheat forms a stiff paste when mixed with water, so it can be made into different shapes which will be retained when dried and when it is subsequently cooked.

Homemade pasta can be made with standard flour as the addition of eggs overcomes what would otherwise be a weak and fragile texture.

Pasta has a slightly yellow colour which is from the carotenes (these are antioxidants like beta-carotene and lutein) naturally found in wheat flour.

Durum wheat has more carotenes so will have a slightly stronger colour. Spinach is sometimes added to produce a green pasta and tomato paste or beetroot juice can be added to produce red pasta. Very dramatic-looking purpley-black pasta is made by adding squid ink to pasta noodles.

Pasta is a source of carbohydrate, protein, fibre and useful amounts of a range of vitamins and minerals.

Wholemeal pasta provides more vitamins and minerals and is an excellent source of fibre, with 100g providing around 13g of fibre (although different products will vary). Pasta generally has a low-medium GI, so it's sustaining energy.

On its own, pasta is certainly not a fattening food. But take care with sauces; the type of sauce used with pasta will make a big difference to the overall nutrition of the dish.

People who can't eat wheat or gluten can try gluten-free pastas. These are made using ingredients like maize and soy flours and maize, potato and rice starches. Experiment with different types to find what works with your recipes.

Most dried pasta doubles in volume when cooked. Always cook pasta in a generous amount of fast-boiling salted water.

The high heat 'sets' the outside of the pasta and stops it sticking together; lots of water ensures the pasta can move freely and cook evenly; and salt is needed to bring out the flavour of dried pasta, which is made without salt.

And don't add oil to the water, it won't do anything!

Some of the filled or stuffed pastas available here include:

Fillings include meat, greens like spinach, nuts and cheeses.