Behind the headlines: Omega-3 and prostate cancer 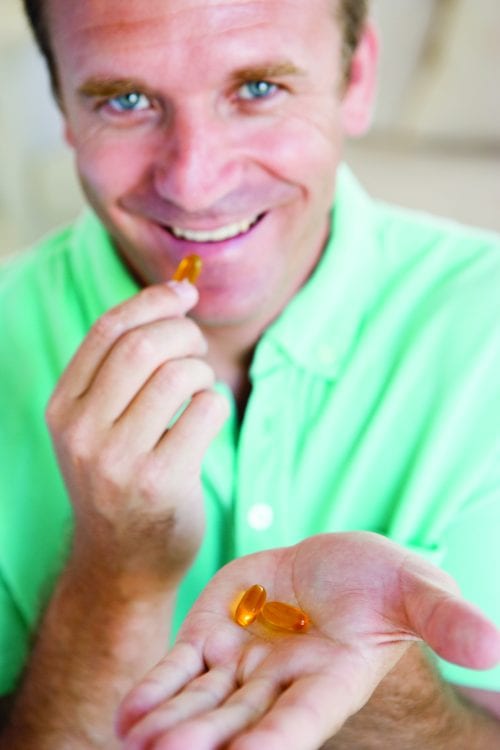 A recent study suggesting a link between omega-3 intake and the incidence of prostate cancer made headlines worldwide. But just how valid are the findings? HFG senior nutritionist Rose Carr investigates.

A study published by the Journal of the National Cancer Research Institute on 11 July created headlines around the world. If you were a man watching the news that night, you could be forgiven for immediately swearing off your omega-3 supplements. The story reported that taking omega-3 capsules was linked to a 71 per cent higher risk of developing high-grade prostate cancer.

Unfortunately, after the initial sensational headlines, the research was widely criticised. However, the analysis from other scientists highlighting the weaknesses of the research was ignored by most media around the world.

What did the research really find?

What’s the problem with the research?

Since publication, Dr Kristal’s research and his conclusions have been harshly criticised by scientists highlighting a number of weaknesses in the research as well as the leap that has been made from the data to the conclusions. Experts have labelled the research as valueless, the researchers as irresponsible, and question how the study ever attained publication.

The data in this study is what’s known as observational. Where a relationship is found between two variants in observational research, that relationship may (or may not) be worthy of further investigation, but cause and effect simply cannot be concluded. Duffy McKay of the Council for Responsible Nutrition highlighted the importance of this when he pointed out the data in this study also found an association between both non-drinking and non-smoking, and higher prostate cancer risk. Should we start smoking and drinking more? Of course not!

Critics also point out the association between omega-3 and prostate cancer risk was based on very small differences in levels of omega-3. Mean blood plasma levels of omega-3 for the group with cancer were 4.66 per cent and for the controls 4.48 per cent. Both of these levels fall into the ‘normal’ range. Again, this doesn’t point to a cause and effect. The Omega-3 Centre in Australia also noted that the measure of omega-3 used in this study is not a very good index for long-term intake. This measure can be influenced quite dramatically by a single meal (say having a tuna sandwich before the test) or even the timing of taking a fish oil supplement.

If higher omega-3 intakes did have a causal link to prostate cancer, we could reasonably expect populations with high intakes of oily fish, such as in Japan, to have high levels of prostate cancer. But they don’t. In fact, while evidence from large population studies does point to dietary factors having an influence on prostate cancer, Japanese men living in Japan have very low rates of the disease. However, if Japanese men move to the US and adopt a western diet, over time their prostate cancer rate equals those of American men.

Despite Dr Kristal’s assertion that, “We’ve shown once again that use of nutritional supplements may be harmful”, his study didn’t actually measure how the men’s omega-3 levels were achieved, ie. whether they got omega-3 from fish or supplements.

It seems that this was a very poor piece of research that we would do well to completely ignore. It’s just regrettable that it made a good headline. And while we can’t blame the media for picking up on that, maybe we could hold them to task for not following up when it became apparent that the headlines were misleading (and potentially harmful).

There is a large body of research supporting a range of likely (as opposed to proven beyond any doubt) health benefits of long-chain omega-3s from fish oils; the evidence for lowering our risk for cardiovascular disease is rated as convincing. Where possible, we advise getting omega-3 from eating oily fish two or more times a week. But fish oil supplements may be a good option for maximising the possible benefits.