Your guide to spices 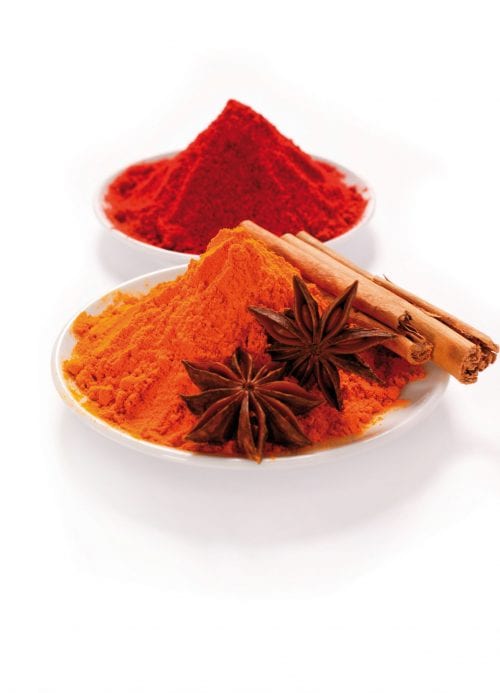 A practical guide to using spices to add flavour and health to your meals.

Herbs and spices – what's the difference?

Defining what's a herb and what's a spice can be tricky. Generally speaking, herbs are used fresh (the word herb comes from the Latin herba, meaning grass) and spices are dried.

Most of the spices we use come from tropical plants; they're aromatic seeds, bark, fruit and buds that are dried and used whole or ground.

Some plants can be thought of as both herb and spice; for example coriander, whose leaves are used fresh and seeds are used dried. Chillies, garlic and ginger also fall into this category.

What I'm talking about here, though, are the dried powders and seeds you might find in a typical spice collection at home.

Spices, especially ground ones, lose their flavour and aroma over time. Take a look at those packets in your pantry – if they're past their 'best by' date, they should be thrown out.

In general, you shouldn't keep spices for longer than a year. Keep them in airtight containers and they'll keep their flavour better.

Spice experts say that as spices can start to lose their aroma within hours of being ground, the best thing to do to get the best flavour is to grind whole spices as you need them.

The difference between freshly-ground black pepper and the pre-ground version is a good example of this. Most spices can be bought whole, and grinding can be done in a mortar and pestle or a coffee grinder.

If you're cooking a lot of Thai or Indian curries, this is definitely the best way to get great flavour. Flavour is enhanced even more by toasting or frying some spices before grinding, and you'll see this step in many recipes that feature spices.

However, in the real world when most of us are looking for a quick flavour boost for a sauce, stew or stir-fry, ready-ground spices are really convenient and as long as they're fresh, give good flavour; so don't hesitate to use them.

You can also buy interesting pre-mixed spice blends, which are worth exploring and experimenting with.

The basics: what to have on your spice rack and how to use them

Browsing the spice section of the supermarket, you'll see dozens of spices. But as spices have a limited life span, there's no point buying them all unless you plan to use them. Here's a good basic selection; these will let you cook a wide variety of styles of food:

An essential in my pantry, chilli flakes add spikes of heat to sauces and pasta dishes at the end of cooking, while ground chillies are an easy way to add heat anywhere you need it.

Cumin adds an earthy, slightly bitter flavour and is popular in Latin American, Middle Eastern, Moroccan and Spanish dishes. It's essential if you're cooking a Mexican meal. Freshly ground seeds have more flavour than ground.

Cinnamon adds a sweet, fragrant note to desserts and baking (it's essential for apple pie and crumble), and is used in savoury Indian and Middle Eastern dishes. Ground cinnamon has more flavour than sticks, which need to be broken to release flavour.

Ginger when ground adds a pungent, warm, lemony note to sweet and savoury cooking. It's great with fruit in desserts and is essential to many cakes, breads and biscuits.

Allspice is not the same as 'mixed spice', which is actually a blend of allspice, coriander, cloves, mace, nutmeg and cinnamon. Allspice is a peppery, warm spice that can be used with cinnamon in sweet dishes and is common in savoury Middle Eastern dishes.

Made from the same plant, black and white peppers have different flavours and it's worth including both in your collection. Black pepper is hot and pungent, making it our favourite spice for seasoning.

White pepper is milder and more savoury, making it perfect for white sauces, mashed potato and chicken dishes. Get the best from both black and white pepper by grinding and using them fresh.

The paprika you might be used to is very mild in flavour, and is often used simply to add a touch of colour to food. However, in recent years we've been introduced to Spanish paprika, which has an intense, smoky flavour and aroma.

Although pricier, it's worth adding this spice to the pantry, as a small amount will transform many dishes from soups to roasts; and add a delicious smoky barbecue flavour. It comes in hot, sweet and bittersweet varieties.

Curry powder is not actually powdered curry leaves, but rather a mixture of spices used to make curries and sauces. It was invented in the 18th century by Indian cooks working for British households, to introduce the foreigners to the local flavours. Curry powders are a convenient addition to the pantry not just for curries, but for adding interest to dressings, sauces and soups.