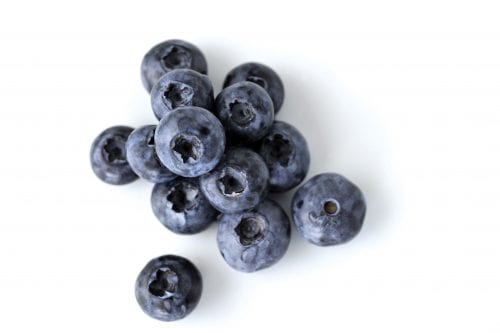 These natives of North America have been commercially grown in New Zealand since the 1980s and about 80 per cent of the Kiwi crop is produced in the Waikato. The berries take their name from their skin — the blue comes from antioxidants called anthocyanins — but the flesh is green.

Blueberries are a good source of polyphenols, especially the anthocyanins, which have been shown to have high antioxidant capacity. Eating blueberries has been linked to improving cardio-vascular risk factors, such as reducing blood glucose, and to significantly improving memory in older adults. Blueberries are low in energy so they make a great snack, with one cup having only 400kJ.

Keep berries in the fridge but don’t let them get too cold. Handle them carefully and don’t wash off the protective bloom (the powdery coating) until you are ready to use them.

Blueberry season in New Zealand runs from late October to April. Look for berries that are firm, dry, plump and smooth. Colour is more important than size — choose berries that are deep purple to blue/black. Red ones aren’t ripe so they’ll taste a little sour, although they’ll still be fine in cooking or baking.

There’s nothing quite like the first asparagus of spring and we Kiwis love to make the most of our local season, which starts in September and tails off in December. This vege with a colourful history is enjoyed around the globe. Asparagus was a favourite of the ancient Greeks who also used it to treat a wide range of ailments.

The Romans loved it too and it’s said that in France it was served before weddings because it was thought to be an aphrodisiac.

Thanks to our genes, some of us have pungent urine dubbed ‘asparagus pee’ and others can smell it, but the two groups aren’t always connected.

Asparagus, once known as sparrow grass, comes in three colours — green, purple and white. The latter is pale because it is grown out of the sun (dirt is piled around the spears) and cannot produce chlorophyll. Green asparagus is by far the most common in New Zealand, but the purple variety is being used more and more. This low-kilojoule vege is a rich source of folate and adds useful amounts of fibre and vitamin E to our diets.

Because of its high water content, asparagus dries out easily. Keep spears in the fridge with the cut ends wrapped in wet paper towels, or stand them in a glass jar with 1-2cm of water. They’ll keep for up to a week but will taste better if eaten within a couple of days.

Pick spears that are green and firm rather than rubbery. When it’s time to use them, snap off the ends. Purple spears and thin green ones can be eaten raw in salads; thicker green ones are best blanched or lightly cooked. The spears can be used in almost any dish — stir-fries, quiches, risottos, pies, soups and of course, in rolls.