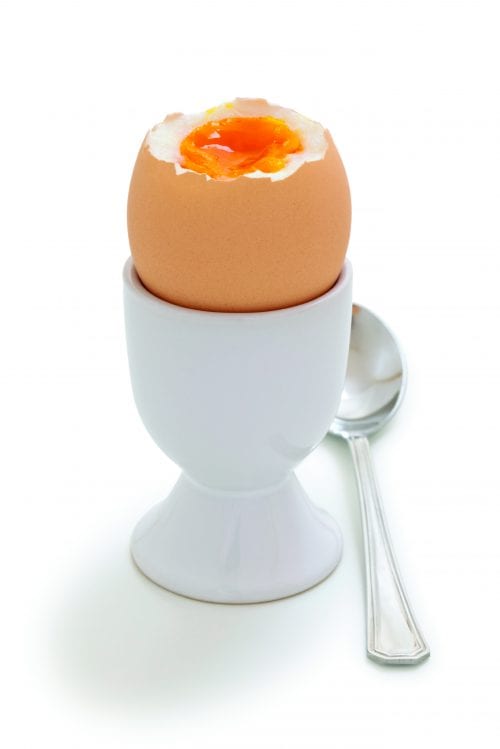 Despite longstanding advice on what’s healthy, eggs still cause confusion.

Eggs are one of those foods people often feel confused about. It’s not uncommon to find people still asking, “How many eggs are OK?”

This confusion seems to stem from the official advice of times gone by when eggs got a bad rep because egg yolks contain cholesterol. It used to be thought that eating cholesterol affects the cholesterol levels in our blood, and eggs were lumped in with other cholesterol-containing foods, which we were told to limit.

As it happens in science, things move on. It’s been known for years now that cholesterol in food doesn’t directly affect cholesterol levels for most people. It’s saturated fat that’s more of a worry in this area. This has recently been recognised in the new US Dietary Guidelines, which no longer have a limit on dietary cholesterol (although they do say to eat ‘as little as possible’, because, they say, foods that have cholesterol are often also high in saturated fat).

But because eggs don’t contain a lot of saturated fat, there’s really no reason to limit them. Our NZ Eating and Activity Guidelines include eggs as a protein source, saying “eggs provide useful nutrients and can be part of a healthy diet for adults in general”. The Heart Foundation now recommends that people with a higher risk of heart disease can eat up to six eggs per week, but for healthy people there is no recommended limit.

This is great news for egg-lovers like me. Eggs are delicious and also incredibly versatile; they can be the basis of a super-quick meal any time of the day and they’re inexpensive.

More confusion about eggs arises in when we get to issues of food safety. A recent news story in Australia suggested that eggs kept in supermarkets out of the fridge were behind increased cases of salmonella there, causing a flurry of calls for eggs to be refrigerated in shops. However, Food Standards Australia New Zealand says this is unlikely. Raw eggs don’t contain salmonella bacteria, but it can exist on egg shells, and problems only really arise if bacteria on the egg shell comes into contact with the inside of the egg.

They recommend not using cracked eggs, washing hands before and after handling them,  not letting the shell come into contact with the inside of the egg unless it’s going to be thoroughly cooked, and refrigerating foods containing raw egg.

Eggs Incorporated recommends storing eggs in the fridge to maintain freshness and quality; ideally not placed too close to anything else that is strong-smelling as they can absorb odours and flavours.