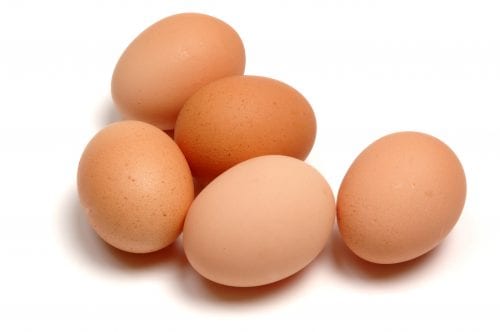 Senior nutritionist Rose Carr looks at the latest science and puts it into context for everyday life.

How eggs got a bad reputation

In the 1950s we were encouraged to eat eggs regularly, preferably every day. Then scientists discovered a link between fat in the diet and heart disease.

The only cautionary note still sounded is that the research shows a possible increased risk for those with diabetes.

Why we should eat more eggs

It now seems that for most of us, restricting eggs in our diets may have negative consequences for health.

Apart from liver, eggs are the richest source of the essential nutrient choline. Pregnant or breastfeeding women have a high need for choline as it plays a key role in brain development both before and after birth, and low choline levels are associated with neural tube defects in newborns. Low choline has also been found to be associated with markers for heart disease and animal studies have found it is also linked with memory and cognition. US studies have shown most adults do not get adequate choline in their diet.

And for anyone interested in weight control, eggs have been shown to have high satiety: they keep you feeling full for longer than many other foods. So have an egg for breakfast or lunch for fewer kilojoules in a day.

Bodies that make food and health-related recommendations to the public don’t change their recommendations in haste. In the past they had all advised limiting egg consumption but now heart associations around the world, including New Zealand, have changed their advice. Eating eggs is encouraged as part of a healthy diet.

The Heart Foundation now recommends that New Zealanders who are at increased risk of heart disease can eat up to six eggs per week as part of a heart-healthy diet. For healthy people there is no recommended limit.