Is it time to ditch dairy? 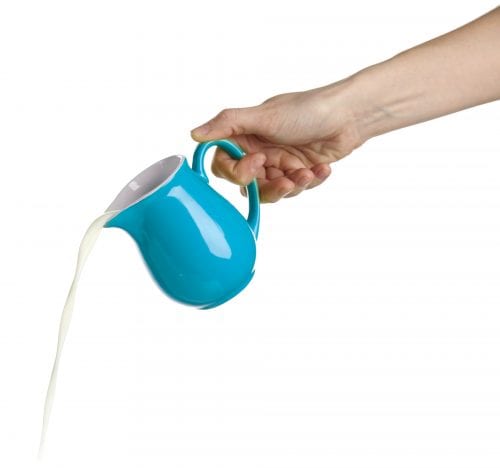 HFG senior nutritionist Rose Carr looks at one of our staple foods and investigates how good it really is for our health.

We’re a dairying nation. Most of us were brought up to drink and eat dairy products such as milk, yoghurt and cheese. Some of us will even have memories — fond or otherwise — of the first school milk programme which ran from 1936 to 1967. Fonterra have recently reprised this programme, albeit with chilled rather than sunshine-warmed milk this time around.

But is all this dairy actually doing us harm? Some tell us dairy actually causes cancer rather than prevents it, and is it really essential for our bones? The research can be confusing and we don’t always get clear answers. Let’s have a look at the current state of the evidence.

Dairy foods are complex foods that contain a broad range of nutrients. The amount of each nutrient in different dairy products varies but overall they provide useful amounts of protein, the minerals calcium, zinc, phosphorus and iodine, as well as the vitamins riboflavin and B12. Full-fat dairy products can also provide high amounts of fat, with much of that being saturated fat.

What’s the link between dairy and bone health?

It’s easy to think of our skeleton in the same way as the framework of a house — once it’s in place we don’t expect it to change. But it’s not like that at all as our bones are living tissue: we’re constantly making new tissue and disposing of the old.

When we’re growing up we make more tissue than we dispose of but there comes a point where we reach what’s called peak bone mass (PBM). This is when we have the most bone tissue our body will ever produce. Different areas of bone reach PBM at different times but overall about 90 per cent of PBM is achieved by our early 20s and by the time we’re in our 30s, it’s done and dusted. After that we very gradually lose bone tissue.

People with lower bone density in their 20s are more likely to develop osteoporosis as they age. Osteoporosis (porous bones) is a condition where the loss of bone tissue weakens the skeleton, making it more susceptible to fracture. In New Zealand about half of women and nearly one-third of men over the age of 60 are expected to suffer a fracture caused by osteoporosis.

So there are two important factors for bone health. The first is to achieve the best possible PBM we can when we’re young and the second is to make sure we lose as little of our bone tissue as possible as we age. Dairy products can help us with both of these, largely because dairy, especially milk, is a rich source of highly bioavailable calcium which is needed for the continuous process of building bone.

The last national nutritional survey found that milk and other dairy products, including cheese, accounted for 40 per cent of New Zealander’s calcium intakes. Calcium is not widely available in any other food group. Dairy foods are plentiful, varied and easy to include in our diets, yet many of still us don’t get as much calcium as is recommended.

Consuming more low-fat dairy is an easy way to overcome this. If we choose not to consume dairy, for whatever reason, we need to ensure we get enough calcium from other sources such as tinned fish with bones, green leafy vegetables, nuts, seeds and fortified soy and rice milks.

What about dairy and cancer?

In 2007 the World Cancer Research Fund (WCRF) UK undertook the most comprehensive review of all the scientific evidence available on diet, lifestyle and cancer prevention. In their report they acknowledge that diet is very difficult to study because of the variety of foods and complexity of the dishes we eat. They found conflicting evidence around any links between dairy foods and cancer, so they do not make a recommendation with respect to cancer prevention for dairy foods. More recent reviews support recommendations that consuming three servings of milk and dairy products each day is safe and does not appear to increase overall cancer risk.

Another theory is that high intakes of protein from dairy products might increase the risk of breast and prostate cancers by increasing the production of insulin-like growth factor-1 (IGF-1). However, more research is needed to really understand the effect on diet on IGF-1 and then whether dietary factors that affect IGF-1 have any significant effect on cancer risk.

In New Zealand there is strong evidence that our reduction in saturated fat intakes over several decades has been a major factor in our reducing rates of cardiovascular disease (CVD). We’ve learnt how to choose reduced-fat dairy foods and to cut fat from meat, and it’s been good for our hearts.

Now a research fellow from Harvard University, Marcia de Oliveira Otto, tells us that even full-fat dairy foods may not be harmful to our hearts, although she acknowledges there may be other risks. At the joint Australia and New Zealand Nutrition Society Annual Scientific Meeting held in Brisbane in December 2013, Dr de Oliveira Otto presented a range of research from the last decade on dairy and CVD. She concluded there was no evidence that dairy foods were causing CVD and in fact, cheese consumption could be associated with reduced risk.

How the cheese effect might work is not known. Some studies have adjusted for calcium intake and it appears the effect from cheese is about the whole food, not just the calcium. Dr de Oliviera Otto also cautioned that despite her findings it was far too early to think about changing current recommendations around using reduced-fat dairy foods. More evidence is required.

One theory on why the links between saturated fat and health is not looking quite as black and white as we thought is that it may depend on the specific types of saturated fats in different foods, or on the other nutrients in the foods that contain saturated fats. Yet another theory, presented by Professor Manohar Garg from the University of Newcastle, proposes that the negative health effects of saturated fats might be limited by higher levels of omega-3 fats in the diet. Evidence supporting this includes animal studies but much more work is required to understand the relevance to humans. Until we learn a lot more about these theories the safest recommendation is to continue to use reduced-fat dairy products and don’t go crazy on the cheese.

What’s the link between dairy and weight gain?

Numerous studies have investigated the links between consumption levels of milk, yoghurt and cheese (and various combinations of these) among groups of males and females of different ages, activity levels and health issues. Some studied people who ate as much as they wanted, while others were on energy-restricted diets. So much data has been gathered and still, ‘contradictory’, is the word most often used about the evidence around dairy and its association with weight.

In 2012 the American Journal of Clinical Nutrition published a review of findings from intervention trials, with or without energy restriction, that compared weight-loss and fat-loss and the association with dairy. It was concluded that:

“The addition of dairy to diets promotes neither weight gain nor weight-loss. However, energy-restricted diets containing dairy promoted weight-loss but were not superior compared with other forms of caloric restriction.” That is, in plain English: If you’re worried about gaining weight, avoiding dairy is not the answer. And if you’re trying to lose weight, dairy is not the answer, either.

Does cheese cause constipation?

No. Eating cheese does not cause constipation. This was studied in a group of rest home residents in Finland. These folk filled in questionnaires on all matters faecal, such as frequency and consistency, after following high-cheese and no-cheese diets for three weeks each. Despite a 10-fold increase in the intake of cheese, no changes in intestinal transit time or other faecal variables were noted. We should note that cheese does not contain fibre. So if you eat so much cheese that you haven’t got room for foods rich in fibre, it’s time to re-think the balance of your diet.

Yes. Cow’s milk contains various naturally occurring bioactive hormones, including insulin-like growth factor IGF-1. The contribution of IGF-1 by milk to increasing IGF-1 blood levels has been described as negligible by some but it does continue to be of interest to researchers, especially in the area of breast and prostate cancer.

Hormones are not added to milk in New Zealand. In the US a synthetic bovine growth hormone is commonly used to increase milk production. This practice is banned in New Zealand, Australia, the European Union and other countries.

Does cheese cause bad dreams?

It’s commonly thought Charles Dickens may have started this myth about cheese when Scrooge, in A Christmas Carol, blames his nocturnal visions on having eaten a crumb of cheese before bed. The myth may have been spurred along by an antidepressant drug used in the ’50s and ’60s for which nightmares were not an uncommon side effect.

Cheese was implicated as the culprit before the drug was fully understood. (These days, the few people prescribed this drug are warned against consuming cheese as the combination can cause a fatal reaction.)

There has been little academic research on the topic of cheese and nightmares, perhaps because most don’t believe there’s any link.

No. The ‘prudent’ use of antibiotics for dairy cows is permitted but milk from cows that have been treated with antibiotics is excluded from supply for a period determined by New Zealand regulators. DairyNZ chief scientist Dr Eric Hillerton says all dairy antibiotic treatments are recorded and records of use are independently audited every year by processors to manage milk quality risks, and to ensure only healthy animals contribute to the milk supply.

Is it true 75 per cent of people can’t digest dairy?

Lactose intolerance can also occur after a bout of gastrointestinal illness but this usually passes as the gut microbiota recover.

Unless you have a dairy allergy there are many good reasons to continue eating and drinking dairy products. Even people with lactose intolerance can include a small amount of dairy in their day. And despite controversy around saturated fats the best advice given current knowledge is still to choose reduced-fat dairy.