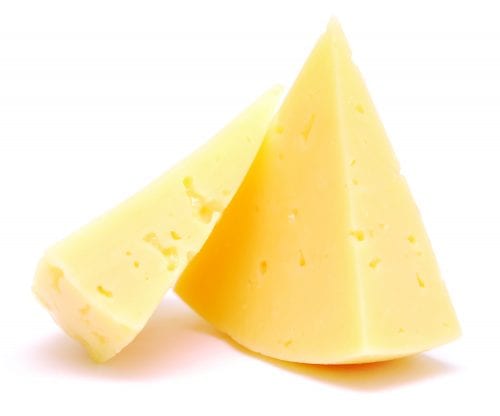 We’re big on dairy in New Zealand and we love our cheese! HFG senior nutritionist Rose Carr looks at some of the cheese varieties available.

Edam, a Dutch-style cheese, is traditionally produced using skimmed and full milk, so it’s usually lower in fat than other ‘hard’ cheeses. Edam has a mild flavour and creamy texture.

Another Dutch-style cheese, Gouda, has small holes in it, and a mild buttery flavour. As it matures the flavour becomes more tangy and its texture more granular.

Maasdam forms larger holes while ripening, and has a sweet, mellow, nutty flavour. Maasdam is a Dutch version of the Swiss emmental cheese, but is softer with a higher water content than emmental. Jarlsberg is a Norwegian version of emmental cheese.

Colby, a popular mild-flavoured cheese with quite an elastic texture, originated in the US, although it was based on the Swiss style of cheese-making.

Possibly our best known and most popular cheese is Cheddar, which originated in south-west England.

While a mild cheddar may be matured for only a few months, the stronger flavoured tasty cheddars are aged for longer to allow the flavour to develop. The most flavoursome cheddars we buy in blocks are aged cheddars: some have been aged for around 24 months, others for as long as 36 months. These aged cheddars are harder and drier which also makes them more crumbly.

Emmental is a Swiss, cooked, hard cheese with characteristic holes and is usually matured for four to 18 months. A younger cheese is milder tasting and a little salty, while a more mature emmental develops a fuller savoury flavour.

Gruyere, another Swiss cheese with fewer and smaller holes, is usually matured for 10-12 months, producing a complex, nutty and sweet flavour.

Parmesan, the English name for Parmigiano Reggiano, is an Italian-style hard cheese with a distinctive rich flavour. Produced using skimmed and full milk, it’s a little lower in fat than other hard cheeses. Parmesan is normally matured for over 12 months. It has a very low moisture content making it a very hard cheese with a granular texture which is brittle and crumbly.

Dairy products, including cheese, are nutritious foods. They are a source of energy, protein, fat (especially saturated fat), vitamins (such as riboflavin, B12 and A), and minerals, especially calcium, iodine, phosphorus and zinc. Because f the high amount of saturated fat in dairy fat we always recommend the use of low-fat varieties of milk, yoghurt and cheese wherever possible.

With hard cheeses there are few low-fat options but this doesn’t mean we need to avoid them. There is good evidence that a diet high in saturated fat is the main cause of high blood cholesterol. However, there is also some evidence that the total make-up of a food may be more important than simply the amount and type of fat when predicting its effect on cardiovascular health.

While we should emphasise that it’s still under investigation, it’s possible the effect of saturated fats from cheese on blood cholesterol and heart disease could be offset to some extent
by the protein, calcium, or some other components in cheese.

How much? Despite all the good things about cheese, these semi-soft to hard cheeses are high in fat and energy. So if we think of one serve as two slices or 40g, that’s a good guide to stick to in a day. In order to get our daily calcium needs we can add two or three serves of other low-fat dairy such as trim milk or low-fat yoghurt.

Here’s good news: studies have found that eating cheese at the end of a meal helps reduce dental caries. Chewing cheese stimulates saliva flow. Saliva is alkaline so it buffers the acids formed in plaque and sugars are diluted and cleared from the mouth more quickly.

Also, because cheese contains calcium, phosphorus and casein it protects against demineralisation of our teeth that can occur after eating.

Research has also suggested chewing cheese could reduce the levels of bacteria that cause tooth decay.

The amount of total fat in cheeses will vary quite a bit between different brands. These are the ranges we found:

Did you know? Aged cheese contains higher amounts of histamine and tryrosine, naturally occurring amino acids. Some people are intolerant to elevated amounts of these in their diet.