How to choose yoghurt 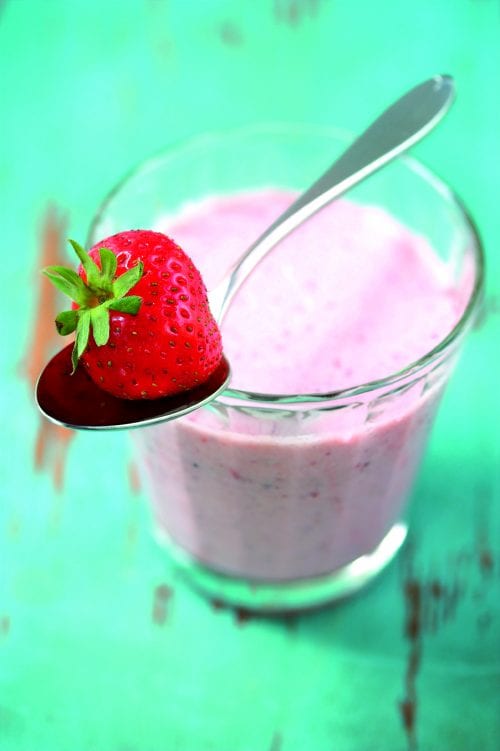 Advice on finding a yoghurt that suits you.

As a nutritionist it's always reassuring when you find you love a food that is really healthy, too. While I love chocolate, I struggle with the concept of consuming one or two squares of dark chocolate each day for its antioxidants. We all know it comes packaged with saturated fat; and besides, it's not physically possible to consume chocolate in such small morsels (is it?). If you're looking for a low-energy, portable snack that's full of goodness, a pottle of yoghurt has got to be high on the list. And because it's low GI it's a satisfying snack, keeping you fuller for longer.

In a typical New Zealand diet, dairy foods are an important source of calcium and B vitamins, especially riboflavin and vitamin B12. They also contain vitamins A and D as well as the minerals potassium, magnesium and zinc. When choosing dairy it's always advised to choose low-fat options, as dairy contains saturated fats, (the ones that raise our blood cholesterol), a precursor to heart disease.

It's recommended we consume two or more serves of dairy foods every day – that includes milk, yoghurt, cheese and ice cream – and one of the reasons for that is they are our main source of calcium. The recommended dietary intake (RDI) for calcium for most adults is 1000mg, and for people over 70 it's 1300mg. Neither of those levels is easy to reach without more than two serves of dairy every day. (Other good sources include tinned sardines, thanks to the bones in them, tofu and fortified cereals.)

One of the issues surrounding probiotics is the amount of live probiotic cultures you actually receive. The Food Standards Code states that yoghurt must contain at least one million live bacteria per gram up to the best before date, but we don't actually know if we're getting that or not, or how much of what we are getting is the probiotic cultures. Survival of the cultures in large enough numbers to be beneficial is dependent on how many there are to start with, how old the yoghurt is and the conditions it's been stored in. Testing done last year by CHOICE magazine in Australia (subject to the same Food Standards Code) found many products did not comply.

Yoghurt contains lactose, the main sugar in milk, although it has less lactose than milk. Any added fruit will contain natural sugars as well. If you prefer the tarter taste of unsweetened yoghurt, there are plenty to choose from.

Products calling themselves 'diet' are often sweetened with artificial sweeteners like aspartame, which is quite safe; other yoghurts are sweetened with added sugar or honey (itself around 80% sugars). As you can see on our table, some get up to around 25% sugars once the natural sugars and added sugars are added together. While I'd encourage you to go for a version without added sugar, if you need sweetening, so be it; low-fat yoghurt is still good food.

Often 'no added sugar' will be highlighted on the pack, as it's hard to tell unless you have good enough eyesight to read the ingredients list. But don't think 'no added sugar' is necessarily unsweetened; it may have another sweetener. And don't think low-fat yoghurt is necessarily low energy; it may have added sugar. If you stick to the guide of less than 600kJ for a pottle, you don't need to get too hung up on the sugars.

Anlene yoghurt contains added vitamins and minerals shown to support bone health, including vitamin K. People taking Warfarin, a common blood-thinning drug, generally need to ensure they don't increase their vitamin K consumption. For this reason, the packaging contains a warning to these people; vitamin K is fine for the rest of us.

The bottom line: How to choose

Choosing yoghurt will depend on what you're using it for, and of course your taste preferences – fruit/plain/sweetened/unsweetened. If you're looking for a healthy, filling, low-energy snack, in a 150g pottle aim for:

If you're looking for probiotic yoghurt, your 'best bet' is:

Dairy food is not yoghurt and is produced in a different way. Dairy food is made from milk and sugar with added flavouring and colour and usually using starch as a thickener. Because they tend to be sweeter than many (but not all) yoghurts and somewhat blander, along with popular flavours like chocolate and strawberry, they are often more appealing than yoghurts to younger children. Although I'd say yoghurt is better, as a dairy product they are a useful source of calcium and other nutrients in children's diets if yoghurt won't be eaten.

Make your own yoghurt

I went through a yoghurt-making phase in my youth, which proves how simple it is to make. My mother showed me how; by mixing a spoonful of bought yoghurt from the fridge with a bowlful of warm milk, it would ferment in the hot water cupboard overnight to become yoghurt. After that it was into the fridge and before it was finished the last few tablespoons were used to start the next batch. (Admittedly the berry flavour I preferred at that time got a bit diluted!)

These days an inexpensive yoghurt-maker makes the job easier, especially if you don't happen to have a hot water cupboard or the inclination to put your yoghurt in it! You can buy a wide variety of styles and flavours of yoghurt in sachets as your starter and all you have to do is add water. This is an economical option, which works out at around 50 cents or less for 150g.