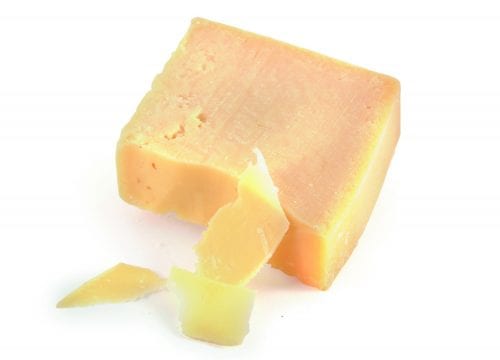 Nutritionist Rose Carr has a guide to the array of cheeses available in the chiller.

While the starting point for making cheese is always milk, this can come from cows, goats, sheep or even water buffalo. Cheese is produced using the milk solids, or curds, which are separated from the whey. There is infinite variety possible when making cheese, so we’ve grouped some of the more common ones you’ll find in the supermarket.

One of the main reasons we’re encouraged to include two serves of dairy in our diet each day is that for most Kiwis, that’s our main source of calcium. (For cheese a serve is around two slices or 40g.) Calcium is important not only for growing strong bones but to maintaining them throughout our lifetimes. As a population we’re living longer, and as a result we’re now seeing more osteoporosis, especially in women.

Tip: A general rule of thumb for calcium in cheese is this: the harder the cheese, the more calcium; the softer the cheese, the less calcium. A 40g serve of cottage cheese has only 30mg calcium; 40g feta has around 140mg; and 40g reduced-fat cheddar provides 320mg calcium.

The problem with fat in cheese is that it’s predominantly saturated fat. That’s the one that’s going to clog our arteries if we don’t practice moderation. The table shows approximately how much fat you’ll find in different cheeses. Different products or brands vary, so check the label on the pack.

Unfortunately there can be a trade-off between high calcium and low fat. But think of it like this: a 40g serve of edam or reduced-fat cheddar will provide over 300mg calcium with 10g fat (7g saturated). While it’s not a lot of your total daily fat intake, it does provide nearly 1/3 of your calcium requirement for the day, along with 1/3 of your daily saturated fat intake (see nutrition information for more details). The trick is to not overdo the amount of cheese you eat and to minimise your saturated fat intake from other foods. Sources of saturated fats are any high-fat dairy products and fats in meats.