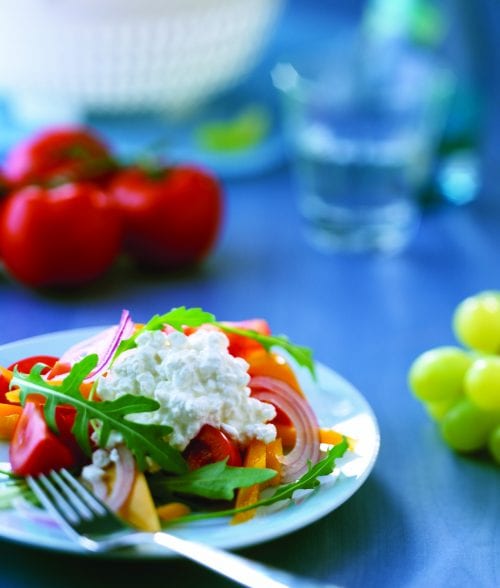 We may be familiar with cream cheese and cottage cheese, but these days a much wider choice of soft cheeses is available. Rose Carr tells us which soft cheese varieties are healthier.

Cream cheese, crème fraîche and mascarpone are predominantly made of cream, and like cream they are very high in fat and saturated fat. These are not health foods and where there are alternatives, it’s best to use them.

Cream cheese has a smooth texture which is sweet, soft and spreadable. If you want to use cream cheese, try a reduced-fat version such as Tararua Lite at 16 per cent fat or the cottage and cream cheese blend, Philadelphia Extra Light cream cheese spread, with only 5 per cent fat.

We’ve included crème fraîche as it can be used in similar ways to a soft cheese, even though it is really a cultured sour cream. It can be whipped and it doesn’t separate when heated, so it is said to be a good alternative to cream, sour cream or thickened cream. Even the lite version, however, has 20 per cent fat so in some recipes you may find a thick yoghurt is a good substitute.

Mascarpone is an Italian-style cream cheese: thick, smooth and very creamy. It’s also up to 46 per cent fat, so we suggest you try substituting with either reduced-fat crème fraîche or ricotta, which is lower-fat again.

Cottage cheese is made from curds, so it has a lumpy yet creamy texture. Ricotta is made from scalded whey and it’s sweet and creamy with a slightly grainy texture. Both cottage cheese and ricotta are useful substitutes for their higher-fat cousins in a range of sweet and savoury dishes (for example, cheesecake mousse, sauces and soups). They will curdle when heated, so add at the last minute. Also try using these two soft cheeses as a substitute in recipes calling for sour cream, cream or butter to add the required creaminess for a lot less fat. Our taste testers were surprised at how deliciously creamy the lower-fat cheeses were.

The amount of sodium varies between cheeses, although not as widely between brands of similar style cheeses. It’s always a good idea to check the nutrition panel and compare like products. We found Canaan Cheese Crème Fraîche had 470mg sodium per 100g compared to Tararua Lite crème fraîche at 40mg.