Should you go low carb? 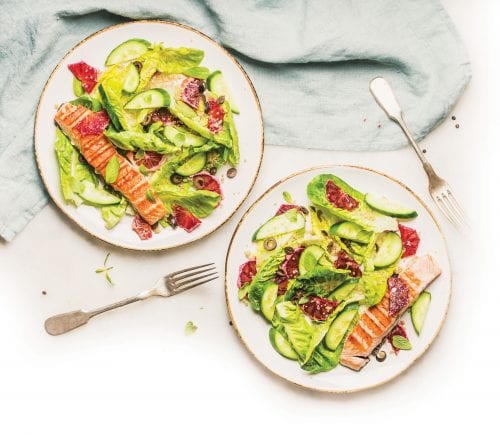 Low-carb diets are back in a big way, but that doesn’t mean bread has to come off the menu.

What are the benefits and drawbacks of going low carb? Are carbs your friend or foe? Low-carbohydrate diets are nothing new. From Atkins to Paleo and the trendy Ketogenic diet, carbs have been demonised so much they seem to have become the Darth Vader of our daily diets. But do they deserve their bad reputation? And are low-carb diets key to maintaining a healthy weight? We look at the science.

Fuel for your body

Carbohydrates are fuel for the body’s engine. In fact, they are the main energy source for your body, muscles and brain. Carbohydrates come from the sugars and starches in food. When you eat a slice of bread, for example, the digestive process breaks the carbohydrate down into glucose and then releases insulin to help transport the glucose to your cells to be used for energy. The Glycaemic Index (GI) measures and rates the effect carbohydrates have on your blood glucose which, in turn, affects insulin levels.

Glucose that is needed straight away is stored and gradually released as required, However, if you don’t eat enough carbs to maintain this steady glucose supply, your body is forced to start using protein or fat for energy. This is a back-up system designed to see your body through a surprise famine, so it’s a considerably less efficient process.

Not all carbs are equal

Carbs are found in a range of foods, from carrots and legumes to cakes and lollipops.

“What’s important is to choose healthier carbs found in whole grains, legumes (such as chickpeas), rice, fruit, starchy vegetables (such as potato and corn), and in the lactose in foods such as yoghurt and milk,” dietitian Aloysa Hourigan says.

Healthier carbs tend to have a low GI and are more slowly digested, absorbed and metabolised. Foods with a higher GI are digested quickly (think white bread or lollies). They’re also low in fibre so are less filling, which can leave you hungry in a few hours and more likely to reach for a snack.

Foods with more refined and high-GI carbohydrates cause a rapid elevation in blood glucose, so more insulin is needed to deal with that. “Over time, if not controlled, this can lead to type 2 diabetes, heart disease and other adverse health outcomes,” Pennie Taylor, senior research dietitian says.

Some people find cutting carbs helps them lose weight faster. “To lose weight on a low-carb diet, you don’t need to stop eating all carbohydrates, but you do need to make sure the carbs you eat are good quality, for example, vegetables and unrefined grains,” Ms Taylor says.

Q Which bread is best?

A Brown is generally thought of as healthier than white but, even then, ingredients matter. “Many wholemeal and light rye breads contain very fine flours and have an elevated GI rating,” dietitian Alan Barclay says. A better option is a dense, wholegrain loaf with visible seeds and grains.

A Quite the opposite! The humble spud is naturally low in fat. One medium potato has zero grams of fat and around 380kJ with the added bonus of fibre, potassium and vitamin C. Cooked and cooled potatoes are also a great source of resistant starch, an important fibre for our gut health. The real key to a healthy potato is how you prepare it. Deep fry it as potato chips and it will swell to around 2800kJ with 17g saturated fat. Lashings of butter and sour cream also add kilojoules and saturated fat.

Q Must I cut out starchy carbs

A “It’s a myth that starchy veges such as corn, pumpkin and carrots need to be be avoided if you want to eat a healthy diet and maintain your weight,” Dr Barclay says. “Humans have eaten starchy vegetables such as tubers and roots for a very long time with good reason, because these vegetables are healthy, highly nutritious and reduce hunger.”

Q Should I limit carbs at night?

A Reducing carbohydrate foods with dinner can be a simple way of reducing your overall daily kilojoule intake. But if an unbalanced meal leaves you feeling hungry and sends you in search of sweets an hour or so later, then it’s neither a good choice nor the outcome you want. “There’s nothing inherently fattening about carbohydrates, no matter when you choose to eat them,” dietitian Tim Crowe says. “It’s actually eating too many kilojoules that will load on the extra kilograms.”

Don’t know your paleolithic from your ketogenic? You are not alone. Here’s the lowdown on low-carb diets.

Reaching its peak popularity in 2013, paleo is a high-protein, low-carbohydrate diet that eliminates grains, legumes and dairy foods from your meals.

This ultra-low-carb diet aims to get your body to use ketones from stored fat as its preferred fuel source, instead of glucose from carbs. Ketones are produced by the liver from fat when the body is starved of carbohydrates. The Keto diet cuts your carbs to less than 50 grams or less per day.

Low-carb diets aim to cut carbs to between 50g and 150g per day, a lot lower than the average 278g for men and 207g for women in our last nutrition survey.

Also known as LCHF, and sometimes called low carb, healthy fat, this name really states what will happen if we limit the carbs in our diets. Yes, we can have more protein, but inevitably we will have more fat in our diet. There is no strict definition of how low we go in carbs.

Especially in the paleo diet. “This may cause constipation and, in the long term, the lack of fibre may also increase the risk of bowel cancer,” Dr Barclay says.
Excessive meat intake Again, paleo is the worst offender, actively encouraging a high meat intake. “Too much protein can stimulate insulin,” Dr Barclay says. “If people eat a great deal of red meat, this could also predispose them to bowel cancer.”

If we’re not focused on good fats, a high intake of saturated fat can boost unhealthy LDL cholesterol, bumping up your risk of heart disease.

These diets can be hard to stick with and the more radical the diet, the harder it can be. Dr Barclay says most people can’t stay on a ketogenic diet for more than a few months because it’s too rigid and restrictive.

Feeling tired is a common gripe among those on a low-carb diet, which is not surprising, given carbs are the body’s preferred energy source. This can lead to eating more between meals and skipping exercise.

“Reducing the intake of grains, which are a good source of fibre, can cause many people to become constipated and some may also develop unpleasant-smelling flatulence,” according to Ms Hourigan.

The main positive of these diets is the focus they put on whole foods and the reduction of processed foods, sugar, salt and alcohol. Most of us could benefit from cutting back on refined, processed carbs such as white bread, cakes, pastries and biscuits.

Some people find they lose weight more easily when they reduce their overall intake of carbohydrates.

The ketogenic diet is an extreme diet, but it may alleviate symptoms in conditions such as epilepsy and multiple sclerosis.

What about weight loss?

A trial with more than 600 participants, published in 2018, compared the effect of a healthy low-fat diet with a healthy low-carbohydrate diet on weight change. After 12 months they found no difference in weight loss between the two groups. Interestingly, in this study the importance of diet quality was heavily emphasised in both groups. And, instead of limiting energy (kJ), the focus was on feeling full. Participants were instructed to maximise vegetable intake, minimise intake of added sugars and refined flours and focus on minimally processed whole foods that were nutrient dense and prepared at home whenever possible.

No matter what balance of carbs and fat works for you, remember to focus on having high-quality carbs and healthy fats.

There’s no need to ditch all carbohydrates to lose weight and be healthy – just choose better carbs. Whole grains, legumes and vegetables are slowly digested, which makes them a big win for your health.

Slow carbs release glucose more gradually from your gut into your bloodstream, causing a smaller rise in insulin levels. Slow carbs are also high in fibre. “Foods that take longer to chew and digest help to keep you full for longer,” Dr Barclay says. Satisfaction guaranteed.