Myths and truths about carbs 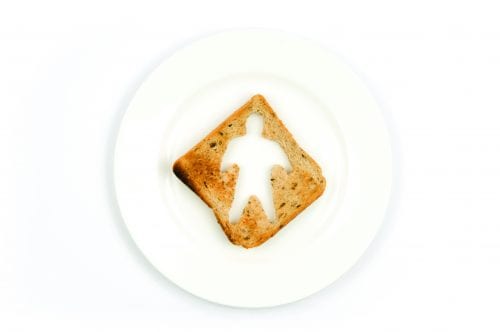 Low-carb diets are having a ‘moment’ right now. But do all carbohydrate foods deserve to be shunned? HFG senior nutritionist Rose Carr explains what carbs are, and what they really do.

If you are online and happen to look at any popular diet blogs or websites, you will know that carbohydrates are often on the ‘banned’ or ‘restricted’ list. This is not new. Restricted carbohydrate diets have been around for 40 years or more in various forms. So what’s the latest on carbohydrates and our health?

Foods that fall under the carbohydrate category vary widely and include bread and cereal grains, products such as rice, barley, oats, quinoa, breakfast cereals, pasta and flour; fruit, starchy vegetables, legumes and even milk. Cakes, biscuits and confectionery are also mainly carbohydrate.

What do carbohydrates do in our bodies?

Carbohydrates are the main source of energy for our bodies and our brains. During digestion carbohydrates, with the exception of fibre, are broken down into single-sugar molecules (mainly glucose) to be absorbed into the bloodstream. Glucose that isn’t needed immediately as energy can be stored as glycogen in the muscles and liver. This is a readily available source of glucose which can be used as energy and to maintain blood glucose levels. After our glycogen stores are full, any excess glucose is simply stored as fat.

How quickly digestion and absorption into the bloodstream happens depends on the type of food or drink. Sugary drinks or sweets are digested rapidly. Sugars from fruit and vegetables are more slowly digested as they are bound in the cell walls of the plant and combined with other nutrients including fibre.

Fibre: a special type of carbohydrate

Dietary fibre is processed and used in a completely different way to other carbohydrates. Soluble fibre dissolves in water to form a thick gel which travels to the large colon, while insoluble fibre remains intact until reaching the large colon. Both are then fermented to produce energy for the good bacteria in our gut. There are many benefits to a higher-fibre diet. (See Fibre: It’s not enough to get enough! for more information.)

Are there ‘good’ carbs and ‘bad’ carbs?

It is fair to say that not all carbohydrates are equal — and there are some we are better off eating less often and in smaller portions. Although white bread and dense grainy bread are both carbohydrate foods, they are really not the same for our health. Nutritionists are talking more and more about carbohydrate quality, ie. choosing carbohydrate foods that offer more nutritional ‘bang for your buck’. Remember: we eat foods, not single nutrients. Practically every food we eat contains a mix of nutrients.

One way to measure carbohydrate quality is the Glycaemic index (GI). The GI is used as a comparative measure of how quickly a carbohydrate-containing food is broken down into glucose and absorbed into the bloodstream. Foods are classified as low (0-55), medium (56-69) or high (70+) GI. In high- GI foods absorption is faster so our blood glucose (often called blood sugar) levels rise more quickly. In low-GI foods digestion is slower and there is a more gradual rise in blood glucose levels, which is better for us.

Just because mashed potato and white rice, for example, are high GI, doesn’t mean we need to avoid them completely.

The glycaemic load (GL) takes into account both the GI of the food and the amount eaten. The overall glycaemic load (GL) of a diet is what’s most important in the long-term. There is a growing body of research showing that a diet with a lower GL is healthier, reducing our risk for type 2 diabetes, cardio-vascular and other diseases.

So how do we know what’s good and what’s less good when we’re trying to decide which carbohydrate foods to eat? Generally speaking, the more ‘whole’ a carbohydrate food is — in other words, the closer it is to its natural state — the better. Fruit and vegetables, even starchy ones, are still nutrient dense. As are legumes such as lentils and chickpeas.

That’s not to say processed foods need to be strictly avoided. Oats and other grains, for example, are ‘processed’ but are still pretty good quality carbs. With cereal, bread and other more processed carbohydrates, it’s good to check the ingredients list and the fibre content, but the most useful thing to do may simply be to eyeball the food. If you can see lots of intact grains, chances are it’s a quality carb.

What does ‘whole grain’ really mean?

Whole grains are generally good quality carbohydrates. But even though we can search labels for the words ‘whole grains’, it can be tricky determining whether some foods are truly the best kinds of whole grains. That’s because the rules on food labelling permit products to be called ‘wholegrain’ if they contain every part of the grain including the outer layers, bran and germ. This means even if the grain is milled into fine particles, and possibly separated out during processing, as long as all the parts of the grain are present in the final product it can be labelled as wholegrain. Processing grains like this, however, can raise their GI as the outer bran layer can no longer physically slow digestion.

This is quite different from a true whole grain where the grain is still intact when we eat it. Product labels won’t help us identify these. We need to look at what we’re eating.

Is a high-carbohydrate diet good or bad for us?

The Ministry of Health advises we get between 45 to 65 per cent of our energy (kJ) each day from carbohydrates. In practice, they say to eat six or more servings of carbohydrate each day. Our needs will vary widely. People with high energy needs are likely to consume more carbs, and more than six serves a day, while sedentary people use less energy and need fewer carbs. For people aiming to lose weight as few as four serves a day is fine. Choosing the right carbs is key. Our HFG menu plans average 45 per cent of energy from carbohydrate.

Carbohydrates are an energy source, so getting enough is pretty important for young active people. For older people or sedentary office workers who don’t need as much energy, it’s important to choose foods that are more nutrient-dense and to not fill up on energy-dense foods, especially high-GI ones.

Overall the healthiest carbohydrates are legumes, pulses and genuine whole grains (where the grain is intact). We need to be selective with breads, pasta and cereals, even when they’re labelled wholegrain. And high volumes of rapidly digested starchy vegetables, cereals and grains, such as rice, potato and many breads are not good for us. Eat these less often and in smaller portions.

Some carbs don’t agree with some people: FODMAPs

Some people, including many with irritable bowel syndrome (IBS), have difficulty digesting FODMAPS (fermentable oligosaccharides, disaccharides, monosaccharides and polyols) — naturally occurring carbohydrates found in a wide range of foods. This can cause symptoms such as bloating and diarrhoea and following a low-FODMAP diet can limit these symptoms. A low-FODMAP diet is not recommended unless it is necessary to reduce unpleasant symptoms, as these carbohydrates play an important role in gut health. Click here for more on FODMAPs.

Tips on including carbs in your diet