Fact or fiction: Don’t eat protein and carbs together 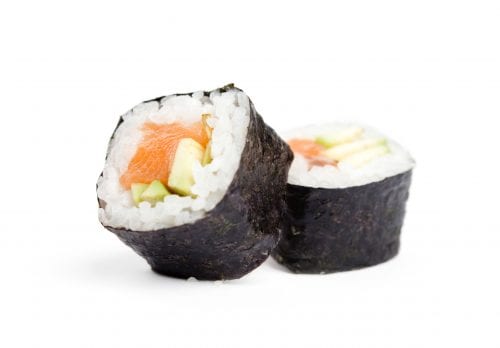 We've heard that you shouldn't eat protein and carbs together and fruit must be eaten by itself, or the body becomes too acidic. Do they really fight with each other?

The concept of 'food combining' – eating certain foods in certain combinations and not at the same time – has been around for ages. In 1911, Dr William Hay came up with the theory that different foods, when combined, produce an overly-acidic condition in the body, which is unhealthy. He classified foods into three groups, and advocated not eating foods that 'fight' with each other (like protein and starchy foods) together in the same meal.

Since 1911, science has moved on quite a lot. Nutritionist Jeni Pearce explains why keeping protein and carbs apart is pretty hard to do:

"There are very few foods that are made up entirely from only one nutrient: sugar is pure carbohydrate, oils are pure fat and egg white is mostly protein and water. All other foods are a combination of carbohydrate, protein and fats in differing ratios. Bread, although typically thought of as a 'carbohydrate food', contains some protein and a small amount of fat; an average cheese is 1/3 water, 1/3 protein and 1/3 fat; rice and potatoes both contain small amounts of protein. Therefore food combining is impossible to achieve in reality.

"The body's digestive system works 24 hours a day, and is on 'automatic pilot', which means it secretes enzymes for digestion based on the composition of the meal eaten – not the other way around. The digestive system is capable of managing any composition of food you send it. In exceptional cases, where enzymes are absent some foods may need to be avoided, such as gluten in coeliac disease and some rare pancreatic disorders."

The body has a range of mechanisms specifically to regulate the pH level (or acid/alkaline balance) in various organs.

There is no scientific basis for food combining. As with many diets, if you lose weight eating this way, it's most likely because you're taking in less kilojoules. Eating meals that contain a range of nutrient sources is the best option.