Coffee and your health 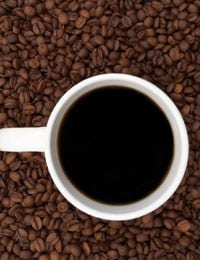 Most of us love drinking our daily espresso, cappuccino or latte, but suspect it's probably not very good for us. We investigate the benefits and risks of the world's most widely-available drug.

So is it an addictive drug, a pleasant drink or even a functional food? We drink coffee for its taste and for the pleasant caffeine buzz it gives us. It is definitely addictive, and in fact it is the world's most popular, freely available and unregulated psychoactive drug.

People have argued about the benefits or ills of drinking coffee for literally centuries. Ask anybody whether they think coffee is good for them and they usually can't make up their minds!  The stories about these controversies make fascinating reading.  Poets and writers such as Balzac were said to drink it excessively. In the 17th century coffee was said to improve alertness, relieve headaches, dispel drunkenness and a host of other ills. It was even said to be effective against the plague.

Is coffee really bad for us?

A quick survey of Kiwi friends and family will undoubtedly tell you that people love drinking coffee but don't think it's good for them; they indulge themselves but are adamant they shouldn't partake too often or too much.  However researchers have recently found many benefits for this pleasurable cup.

Coffee contains a wide range of different biologically active substances, as well as being a rich source of micronutrients including polyphenols (the same antioxidants also found in red wine, green and black tea and chocolate) and other less well-known antioxidants. Some of these antioxidants are enhanced by the roasting process and recent evidence has also shown coffee has antibacterial activity.

Researchers are discovering more  fascinating facts including what appear to be health benefits of coffee drinking. A range of research papers are coming to light with claims including favourable effects on cardiovascular disease risk, Parkinson's and Alzheimer's disease.  At this stage there is insufficient evidence to make specific recommendations for these diseases.

There is clearer evidence about the beneficial effects of coffee drinking for gallstone and diabetes sufferers.  Moderate coffee consumption is now thought to play a role in the prevention of gallstones. It's also thought it could lower the risk in some people of developing Type 2 diabetes. This effect is thought to be related to coffee's positive effect on a hormone (glucose dependent insulinotropic polypeptide) causing  delayed glucose uptake after ingestion.

As with much in the world of scientific research, this is not entirely clear. Other researchers found an exaggerated response of glucose and insulin to a dose of caffeine in Type 2 diabetics, and suggest that abstinence from coffee may be beneficial for these people and for pre-diabetics. They do point out their research used caffeine rather than coffee as a beverage, which means the accompanying antioxidants were not present.

The incidence of colorectal (bowel) cancer is high in New Zealanders and antioxidants from food are thought to be important in prevention.  A recent review of twelve studies found that coffee drinking was related to a reduced risk of colon cancer but another review of 15 studies did not find a relationship between coffee and colorectal cancer risk. So far it looks like a little regular coffee drinking will not have much effect on your bowel one way or another.  On the plus side, the role of coffee drinking in liver cancer risk has  been investigated with preliminary results showing some reduction in risk.

One of the effects of caffeine includes raising your blood pressure.  But when it comes to coffee, researchers investigating these effects found women  who regularly drank coffee did not have an increased risk of hypertension, whereas women using other caffeine drinks were found to have an associated increased risk.

Although it does contain antioxidants, more is not always better. Heavy coffee drinking has been shown to increase the risk of heart attack in middle-aged men and regular coffee consumption was found to have a detrimental effect on the arteries.

Drinking coffee during pregnancy appears to be one time when abstinence or a small intake is particularly important.  One study reported an association between coffee drinking of more than 8 cups a day and stillbirth. Debate is ongoing on this subject, but erring on the side of caution seems like a good idea in pregnancy.

It's possible the caffeine in coffee can stop the absorption of some calcium from the milk. One very comprehensive report concluded that the harmful effects of coffee on bone health became more pronounced when the calcium people were getting from other food was low, and vice versa.  The authors also suggested that drinking an additional 2 tablespoons of milk could offset the reduced absorption effects seen from an average cup of coffee.

So what about the caffeine?

Caffeine is found in the leaves and seeds of the coffee plant as well as the leaves of other plants such as tea. It stimulates the central nervous system by blocking adenosine (a hormone which helps us sleep). Caffeine is highly toxic in large doses (a dose of 10g would be fatal). Caffeine is quickly absorbed (it's at peak concentration in the body after 30-60 minutes) with a lingering effect that lasts up to 10 hours.

Some people are a lot more sensitive to caffeine than others. More sensitive individuals are thought to metabolise caffeine more slowly so it stays in their system longer.  On the flipside, it's possible to develop a tolerance to some of the effects of caffeine.

The amount of caffeine you'll get from your coffee depends on the type of beans, the type of coffee, how it's made and its strength. There are vast differences between bean varieties, types of roasting, storage and infusing which affect the properties of the resulting brew. So the amount of caffeine in a cup of coffee can be anything between 50 and 200-plus mg per dose.

Because it helps the body to better use glycogen (a source of short term energy), caffeine is useful for athletes; it's no longer on the World Anti-Doping Agency's banned list, and is used by athletes in many sports, from All Blacks to long distance runners. Bus and truck drivers, shift workers and airline pilots all use the stimulant effects of coffee and other caffeinated drinks to help them stay awake.

How much caffeine is OK?

A paper reviewing the action of caffeine on the brain suggests anything from 400-1000mg (equivalent to about 4-10 shots of espresso) per day is a high dose likely to bring on problems of anxiety and agitation in some people. But for most people, up to 300mg of caffeine per day is considered a moderate intake, with no harmful effects. So if you're having a morning latte and a flat white with lunch, chances are it will have a positive effect rather than a negative one.

The table below indicates the average caffeine content* in your drinks:

The amount of caffeine in tea or coffee will vary depending on its strength and the method of making.

Can caffeine be addictive?

Although people suffering from caffeine withdrawal complain of headaches, irritability and difficulty concentrating, caffeine is not as addictive as other drugs such as cocaine, nicotine and alcohol.

Good for your head?

There are also psychological benefits associated with coffee drinking and the café culture: taking time out to sit and share time with friends and family.  In our increasingly busy, stressful lives, these benefits are undoubtedly good  reasons to keep drinking coffee.

When it comes to coffee, the best advice is really to use your commonsense. Too much coffee (and it's different for everyone as to what that means) will keep you awake and may give you the jitters. A large amount of coffee may be unhealthy for certain people. But a moderate amount will give you a pleasant buzz and could do you good. It seems there's a healthy case to be made for including a moderate intake of coffee in our daily lives.

Twelve years ago a standard serve of coffee officially measured 150ml. Portion sizes have inflated since then. Standard café coffee cups today are around 80-90ml for short drinks, 250ml cups or glasses and 400ml for latte bowls. And at some outlets servings are even bigger – choose Starbucks' largest option and you're getting over half a litre of milk!

A recent survey published in Consumer magazine found some disturbing facts about some of the other drinks sold by coffee chains. A Gloria Jean's Coffees' "Crème Brulee Chiller" packs in 3170kJ and 31g of fat – more than a Big Mac! And watch out for Starbucks' White hot chocolate with whip (venti) with 3006kJ and 33g of fat. If you're unsure, go for the trim, no cream option.

This is coffee grown in small lots where farmers are guaranteed a fair price for their harvest.  Typically they grow coffee bushes organically, under the canopy of larger trees ensuring the production of mixed crops on the land and sustainable growing systems.  The fair price helps farmers plan for improvements to their farm and guarantees that they can afford basic health care, education and housing for their families.  A truly win win situation for both coffee farmers and large corporations buying from them.  Fair Trade Certification of products is administered through Fairtrade Labelling Organisations International. Ask for Fair Trade coffee at your local café and it's likely you'll pay a bit more for your cup; probably a small price to pay for helping the grower and think how good you'll feel!

Coffee beans are best bought whole and recently roasted.  To keep them as fresh as possible, store them at room temperature in an airtight container (ceramic is best) with a lid that seals well.  The aim is to keep coffee away from conditions that will cause it to spoil which are air, water, excessive heat, other flavours and sunlight.  Do not refrigerate roasted beans as they are porous and will easily absorb moisture and odours. Freezing roasted beans is also not advised as ice crystals form on the outer surface of the beans which then melt and are absorbed during defrosting. Ground coffee should also not be stored in the fridge or freezer as the oils in it can go rancid, creating unpleasant flavour.