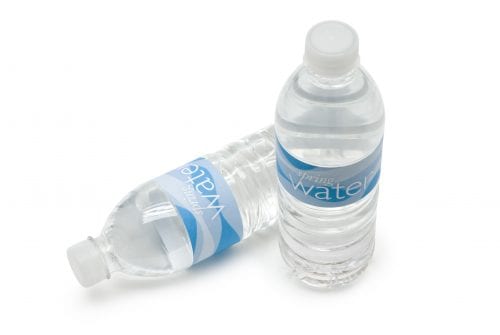 Q: "I buy bottled water, then refill the bottle with water from the tap. How long can you keep doing this? I have been told only three weeks, because the plastic breaks down."

A: We asked Caroline Gunn, director of Food Safety Services Ltd in Napier, to respond:

"There has been a bit of controversy around this subject. Research presented in 2001 by an environmental engineering masters student from Idaho, sparked a lot of controversy about whether chemical migration was occurring into the water being consumed.

The original article looked at water bottles made out of a common plastic, PET. It stated four chemicals were detected in the water in reused plastic bottles exposed to certain conditions, like sunlight, heat, storage and time. These chemicals included DEHA, which is a carcinogen. It was also found that higher concentrations of the chemicals were detected the more the bottle was re-used. The article stated that other types of re-used non-PET water bottles also showed levels of the chemicals.

This research spawned an email campaign to alert people not to reuse plastic water bottles, but since then there has been much debunking of the original thesis. The American Plastics Council noted that "DEHA is not inherent in PET plastic as a raw material, by-product or decomposition product" and other research has found concentrations of the chemicals were the same in blank water samples that had not been in contact with PET. On the other side, the Bottled Water Association advise against the re-use of bottles because they say there is no research that has evaluated the safety of multiple re-uses of the plastic water bottle.

On the basis of all the information available on this issue I would advise you don't re-use a plastic water bottle for more than three or four weeks, just to be on the safe side.

You may want to consider a reusable glass bottle as an alternative. I changed from plastic to glass bottles – not because I thought I was ingesting too many chemicals, but for environmental reasons. I was pleasantly surprised with the ease of use. The water in a glass bottle doesn't taint and develop off flavours; I can still drink the water four or five days later, after it has been in the car or lying around in my gym bag, and it tastes fresh. I have the bottle in an insulation sleeve so it keeps cold and doesn't chip or break if I drop it.

In the fridge we now only use glass bottles or jugs for water and likewise you may have noticed if you leave water too long in a plastic jug (say a week or more), you detect a taint. You may find also find a slimey coating on the bottom of the jug – this is the microorganisms that can grow there. I haven't noticed this in the glass jug when the water's been sitting there for too long, which makes me suspect the bacteria find the plastic surface easier to cling to and grow on than glass."