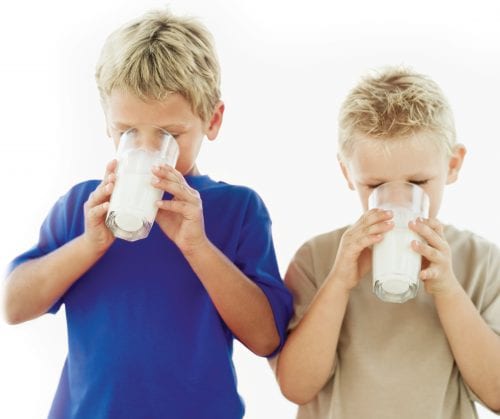 Although the amount of milk we drink has been falling, New Zealand still has the third highest milk consumption in the world, with each of us drinking on average around 1.8 litres every week (that doesn’t include soy or other non-dairy milks).

A key difference between milks is the fat content. This is important because 60 per cent of the fat in cow’s milk is saturated fat and milk is one of our biggest sources of saturated fat. So although milk fresh from the cow may seem quite low in fat compared to some other foods, at just 4-5 per cent fat, because of the amount of milk we consume it’s very important to choose lower-fat options. While some people (notably not nutrition scientists) like to tell us saturated fat is good for us, the science clearly contradicts that stance. The good news is that including low-fat milk (but not regular or whole milk) in our diets is associated with a lower risk of developing high blood pressure. It’s not yet clear why, although the calcium and other components in milk are thought to play a role; the saturated fat in higher-fat milks is thought to negate the effect of these.

Lactose-free milk is useful for people with lactose intolerance. Lactose is a sugar found in cow’s milk and some people are permanently lactose intolerant as they lack the lactase enzyme needed to digest lactose. Others can experience a temporary lactose intolerance, for example, after a bout of gastroenteritis, when for a short time their body may produce little lactase.

A2 milk is from cows that are selected to produce A2 beta-casein protein, rather than containing both A1 and A2 beta-casein proteins as in standard milk. While the science doesn’t support the claims around this milk, some people who experience problems with standard cow’s milk report benefits from using A2 milk.

Ultra-filtered milk, such as MeadowFresh Calci-Trim, Anchor Calci+ and Sun Latte, has some of the water, lactose and fat filtered out, so there is a higher proportion of protein and calcium and a lower proportion of fat. These have more body, and the extra protein promotes that feeling of fullness.

Powdered milk has just had the water removed. Because heat is used there is some loss of the heat-sensitive vitamins B1 and folate, but it’s still a nutritious food. It’s also an economical alternative to fresh milk.

Ultra-high temperature (UHT) milk has been processed at around 145°C for three seconds to effectively sterilise the milk so that it can last up to 12 months when packaged. Again, there is some loss of heat-sensitive vitamins.

Raw milk is unpasteurised and can only be sold at the farm gate for personal and direct family use. While most often they don’t, cows can naturally carry illness-causing bacteria including Salmonella, Campylobacter, E. coli 0157and Listeria monocytopenes. So pasteurisation at the dairy factory is used to kill these. We don’t advise drinking raw milk and strongly advise against using it for babies and toddlers, frail older people, pregnant women and anyone with a weakened immune system.

Soy milk is the most commonly available alternative to cow’s milk. Usually found in shelf-stable UHT packs, soy milk is also available fresh in the chiller. Regular soy milk contains around 3-3.5 per cent fat, but has minimal saturated fat. Light or reduced-fat versions contain around 0.5-1.5 per cent fat. Like cow’s milk, soy milk is homogenised so that the fat doesn’t separate out from the rest of the milk when it sits. As milk is an important source of calcium in our diets, most soy milk is fortified with calcium.

Rice, almond and oat milks, like soy milk, are suitable for vegetarians and people with cow’s milk allergy or lactose intolerance. These milks are naturally lower in fat with minimal saturated fat. However, even protein-enriched versions tend to be lower in protein than soy milk, and considerably lower than cow’s milk, so may not be as filling.

Goat’s milk. Note that because of the similarity between cow’s and goat’s milk protein, in most cases goat’s milk will not be tolerated by people with an allergy or intolerance to cow’s milk.

Flavoured milk is available in both cow’s and soy milk. These can be very high in added sugars and are not as good for us, or our children, as plain milks.

Milk for the under-fives

Young children’s needs are different, so remember these guidelines:

Soy allergy is one of the eight most common food allergies, which is why foods containing any soy product must say so on the labelling.

While we drink milk we really ought to think of it as a nutritious food. Cow’s milk provides protein, vitamins A, E and B12 and of course it’s a rich source of calcium. To limit saturated fat and kilojoules in cow’s milk choose the lowest fat option you can enjoy. If you choose to use a non-dairy milk, ensure you choose a calcium-fortified option.