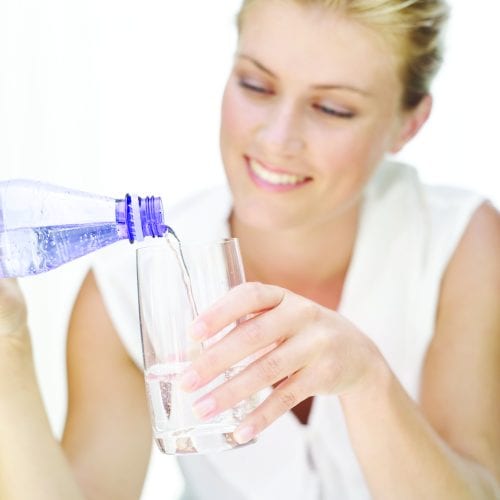 While water is our pick for drinks to reach for to quench a thirst, HFG senior nutritionist Rose Carr takes us through the range of low-kilojoule bottled drinks on offer.

The evidence is growing that higher consumption of sugar-sweetened drinks is linked to the development of chronic disease including type 2 diabetes. So what are some alternatives?

If we want a sweet drink without the kilojoules from sugar, the alternative is to replace it with one or more of the intense sweeteners that have few or no kilojoules. An added benefit is that using these alternatives can reduce tooth decay that is caused by sugars.

The most commonly used sweeteners in drinks are aspartame (code number 951) and acesulphame potassium, (950) also called ace-K. Sucralose (955) is also used and the new kid on the block is stevia (960).

Despite what you may have read about aspartame, all of the approved sweeteners for use in our food and drinks have been rigidly tested and shown to be safe. However, many people prefer a natural sweetener, and stevia, a naturally occurring sweetener from a plant in the sunflower family, is gaining in popularity. Stevia can have a slightly bitter aftertaste, although the new drinks available seem to have largely overcome this.

We’ve used a 250ml (one cup) serve for comparisons but remember, most cans and bottles are larger than this.

If you’re going to drink sweetened sodas, we recommend choosing those using alternative sweeteners to sugar: this makes a big difference to the kilojoules, especially if you drink sodas regularly. Diet Coca-Cola and Coca-Cola Zero both contain about 4kJ in 250ml compared to standard Coca-Cola at 450kJ. Most sodas are fairly similar, for example Schweppes Diet Dry Ginger Ale has 14kJ versus Schweppes standard Dry Ginger Ale at 423kJ in 250ml. A little higher in energy, Bundaberg Diet Ginger Beer has 85kJ, as it still has a little sugar in it (along with ace-K, aspartame and sucralose), compared to Bundaberg’s standard Ginger Beer with 460kJ in 250ml.

Pump flavoured-water (Lime Rush) sweetened with sugar has 98kJ in 250ml, while h2go Zero (with zero sugar and sweetened with stevia) has 50-103kJ — depending on the flavour. Plain water, whether it’s from a tap or in a branded bottle, has zero kilojoules.

We think a better option is to prepare a drink with half juice and half water, so you get a 50 per cent reduction in kilojoules (220kJ per 250ml) — it’s cheaper, too. Remember, though, this still delivers 12.5g sugars (three teaspoons), so one glass a day is probably enough.

Keeping our fluids up, especially over summer months when we dehydrate more readily, is really important to our well-being. But plain water should be our first option rather than a sweetened drink, even when it’s a fewer-kilojoules option. Plain water is cheap, readily available and guaranteed not to harm our teeth. Sometimes it’s good to have variety, and a sweetened drink can be part of that. But it’s also important that we don’t get into the habit of having sweet drinks and sweet foods all of the time. It’s especially important for our children not to develop a ‘sweet everything’ habit, as our taste buds can adjust to this and continue to demand it.