How do they make tea? 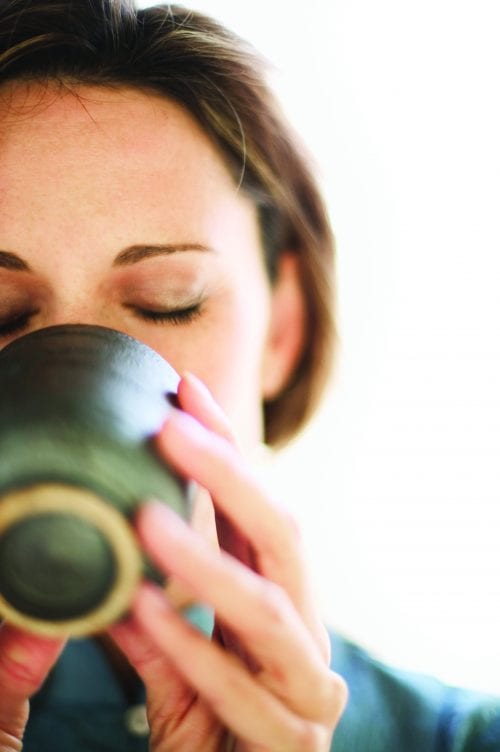 This hot cuppa is a favourite which has been around for centuries.

Discovered in China around 5000 years ago, tea is now the second most consumed drink in the world after water. New Zealanders each consume around one kilo of tea each year, which is around one-third more than Australians and more than twice the amount people drink in the US. Although we probably won’t catch up with the British, who each get through over two kilos of tea per annum!

India and China are the largest producers of tea but they are also large populations of tea drinkers, Surprisingly, Kenya is the largest exporter of tea with Sri Lanka close behind. The geographic and climatic conditions provide a distinctive character to teas from different regions.

Black, oolong, green and white teas all come from the Camellia sinensis plant which thrives in tropical or subtropical climates. First harvested at between three to five years old, the shrub can be harvested for up to 120 years. The most productive years for a bush are when it’s around 35 to 60 years old. While it can grow up to nine metres tall, for ease of plucking and to encourage fresh new growth, the plant is kept as a bush around one metre high.

Tea harvesting machines are used, or being experimented with, in most countries but the majority of the tea we drink is still harvested by hand. Tea pluckers pick the few leaves and buds from the tops of the bushes depositing them into a bag or basket carried on their backs. Skilled tea pluckers can collect up to 35 kilos of tea in a day.

Tea bushes are plucked every seven to 14 days depending on the regrowth time. Tea production is seasonal.

The lush and naturally wet plucked leaves are taken to the tea factory and spread out in a thin layer to undergo ‘withering’. In some factories warm air fans are used to speed the process but in others the time taken is entirely dependent on the moisture of the leaves and the temperature and humidity around them. It can take 24 to 36 hours before the leaves are ready for the next process.

Withering reduces the moisture content from 60 to 80 per cent down to around 30 to 40 per cent. Without drying them out to the point where they would break up, the leaves become softened. Rollers are then used to rupture the cell walls of the leaves. This starts the oxidation process where the polyphenols in the tea are oxidised from exposure to oxygen in the air turning the tea leaves brown.

This so-called ‘fermentation’ continues for up to about four hours and is halted when the leaves have reached the desired colour and odour. The next stage is firing in ovens or drying in hot air chambers, fixing the aroma and turning the leaves black.

On average, 22 to 25 kilos of made black tea is manufactured from every 100 kilos of fresh leaves.

The main difference between black and other teas is the amount of fermentation. Oolong tea is made in the same way as black tea, but it is only fermented for about half the time. Green tea is not fermented at all: the leaves are steamed before rolling so that the veins of the leaves don’t break and there is no oxidation. They are then dried or fired. The most expensive tea is white tea, which is the least processed: it is made using buds picked before opening, possibly with one or two leaves per bud. These are neither rolled nor fermented before drying.

In the same way that a wine master can tell us about the origin and flavour profile of a wine (and goodness knows what else) from just a taste, so too can a tea taster identify different teas. Matt Greenwood, of Bell tea, trained for over three years, tasting 1000 teas a day and spending a year in the major tea-producing countries, in order to become a master tea taster. He is responsible for tasting, buying and blending tea.

The tea we drink is a blend of teas, whether from different regions of one country or different countries. Even a single origin tea will be a blend of teas from one region. When we purchase our favourite brand and style, we expect the taste to be consistent from pack to pack and year to year, and it is the task of the tea blender to ensure that happens. As an example, Bell Original tea is a blend of teas from around 15 or 16 different tea estates. While the tea used will come from a core group of tea estates, in order to maintain the consistency required, the actual blend will differ every day. That’s because the flavour and other characteristics of one tea from one tea estate can vary from whether it is plucked in the morning or the afternoon, let alone from different days or weeks.

According to Matt Greenwood, master tea taster at Bell Tea, the majority of us just don’t brew our tea for long enough to get the most out of our cuppa. If we brew tea for only 30 seconds, we get most of the colour and the caffeine, but very little flavour or antioxidants. His challenge to us is to taste the difference between a 30 second brew and a three-minute brew. Even if we want weak tea, Matt says we are better to use less tea (or more water) rather than brewing tea for a short time.