Tea: Which type is best? 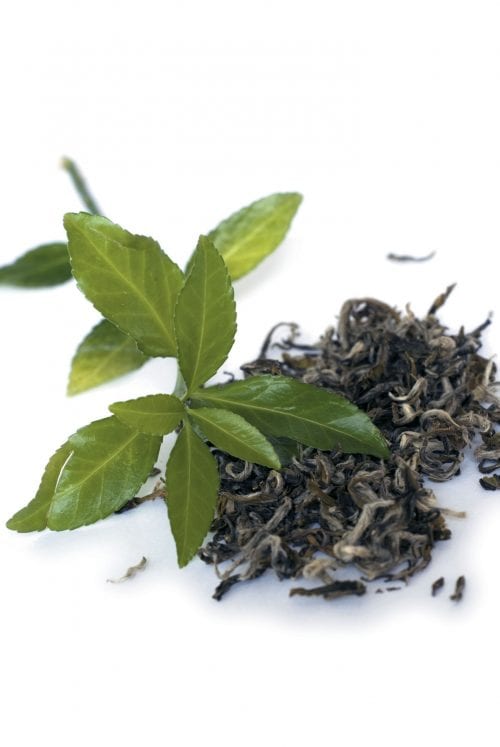 Tea brings us together, calms the nerves and in many families soothes almost any upset. Is one better than the other?

What's the difference between green and black teas?

Both green and black tea come from the same plant, Camellia sinensis (Oolong tea, which sits between green and black, is also from this plant). The difference is in how the teas are processed.

What's in tea that's so good for me?

Green, black and white teas all contains flavonoids. As well as being very potent antioxidants, flavonoids seem to operate in other ways that benefit our health.

Why are antioxidants important?

Antioxidants are very important to good health. Oxidation reactions are going on in our bodies all the time. In fact, oxidation is one of the vital chemical processes that keeps us alive. But oxidation also results in cell damage because it produces some highly reactive 'stray' particles known as free radicals. Free radicals can attack the healthy cells in our bodies, causing DNA damage and initiating the formation of cancer cells. They can also do harm in the circulatory system, causing arteries to clog more easily which can lead to heart attacks and strokes. Free radicals can also break down vitamins in the body.

Antioxidants are compounds that help to inhibit these many oxidation reactions and neutralise free radicals. They are the antidote to some of the body's own poisons, slowing down degeneration and protecting against disease.

There is a growing body of evidence demonstrating the potentially beneficial effects of flavonoids. A number of population studies have demonstrated that flavonoids offer protection against the development of cardiovascular disease and strokes, and there's some evidence that they also have anti-cancer properties.

So where does tea fit into all of this?

Black, green and white teas all have high levels of flavonoids. The longer you leave your tea to brew, the higher the concentration of flavonoids.

While no one's suggesting replacing fruit and vegetables with tea, the antioxidant activity of tea has been compared with fruit and veges in a number of studies. One British study found that three cups of tea a day has approximately the same antioxidant power as eating six apples.

A link has been established between tea and protection against heart disease. Most studies agree that consumption of both black and green teas is protective, and in patients with existing heart disease, tea consumption is associated with an increased rate of survival from heart attack.

Some studies have found links between the consumption of flavonoid-rich teas and other plants and a reduced incidence of some cancers, although scientists agree that the evidence is not yet conclusive.

Other studies suggest green tea has anti-thrombotic, cholesterol-lowering, antiviral and antibacterial properties. There's been some interesting research involving green tea's possible benefits to the skin in offering protection against skin cancer when applied topically. Based on this research there's been a rash of 'green tea extracts' added to skincare products, even though nothing is conclusive at this point.

Tea consumption also appears to play a role in protection against the risk of hip fractures as it is associated with higher bone mineral density.

How much tea should I drink? Leaf or bag?

There's no recommended tea intake in New Zealand. Dr Carolyn Lister, author of Antioxidants: A Health Revolution, suggests that around three cups of tea a day is a beneficial amount. "People shouldn't go overboard, and it really does depend on what else you're eating and drinking", she says. In other words, don't forget to keep eating a wide variety of other healthy food.

How you make your tea – from loose leaves or bag – doesn't seem to affect its health benefits; although it pays to check the labels on bottled liquid tea drinks such as iced tea – some contain little actual tea so don't have the same benefits as brewed tea.

Milk or no milk?

There's been some debate about drinking tea with milk. It was thought adding milk had no effect on tea's antioxidant properties. But a study earlier this year by German researchers found to the contrary: a group of proteins called caseins interact with the tea to decrease the concentration of catechins (the flavonoids that contribute to its protection against cardiovascular disease) and eliminate their health benefits.

So if you have milk in your tea, consider having a cup every now and then without milk. Or try green tea from time to time, which is drunk without milk, to boost your antioxidants.

What's the deal with herbal teas?

Some herbal teas do have other benefits though and they are refreshing drinks in their own right. And if you're worried about caffeine, herbal teas may also appeal. They are also a good way to boost and vary your fluid intake instead of water.

Caffeine in your cuppa

The average consumption of tea per head in New Zealand is 950g or just under a kilo a year. We're ahead of the Australians, who only consume 700g a head, but way behind the English, who each drink 2.24kg. Overall winners in the cuppa stakes, though, are the Irish, who down a healthy 2.96kg of tea per person, or around 1184 cups a year.