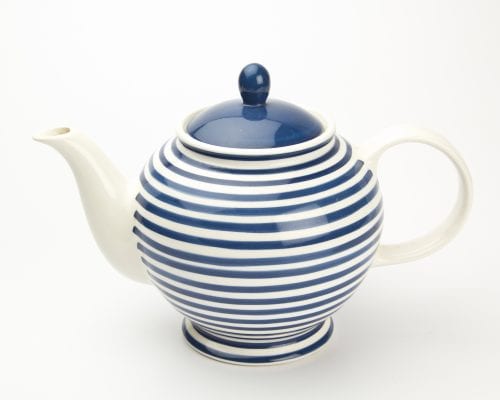 There are a few stories about tea's negative properties. We investigate them to find out if they are true or not.

After water, tea is the second most widely drunk beverage in the world.

The average consumption of tea per head in New Zealand is 950g or just under a kilo a year. We're ahead of the Australians, who only consume 700g a head, but way behind the English, who each drink 2.24kg. Overall winners in the cuppa stakes, though, are the Irish, who down a healthy 2.96kg of tea per person, or around 1,184 cups a year.

Tea – both green and black – contains caffeine. However, it's only about half of what is found in coffee, around 30-55mg per cup.

Around 300mg per day (five to six cups of black tea) is considered a moderate caffeine intake, with no evidence of harmful effects. The moderate amount of caffeine in tea can actually produce a beneficial burst of mental sharpness. Indeed, some studies have found that tea stimulates the mental faculties in a similar way that coffee does – but unlike coffee, it won't keep you awake all night.

How do they compare?

Is tea a diuretic?

It's a common myth that tea is a diuretic. Although caffeine does have this effect (thought to be due to an increase in blood flow through the kidneys), you would need to consume six cups of tea in one sitting to feel any diuretic effect. In fact, because of the volume of fluid you're drinking when you have a cup of tea, you can count this towards the daily fluid intake you need to keep hydrated.

The compounds that are so good for us in tea can also inhibit the absorption of iron by the body. This affects mainly the iron that comes from plant foods (what's known as non-haem iron) rather than from meat. People who are low in iron or at risk of iron deficiency – infants and toddlers, teenage girls, pre-menopausal women and men over 75 – should avoid drinking tea with meals and up to an hour after meals to minimise the risk of any adverse effects. Drinking tea at other times should not have any effect on iron stores, especially if you're healthy and have a varied diet.

Is it bad for my teeth?

Here's another surprising tea fact: tea contains fluoride (the tea plant extracts fluoride from the soil, which accumulates in the leaves). So, in places without fluoridated water it's a contributor of fluoride to the diet.

Fluoride supports the bones and protects teeth against decay. Surveys have reported that some populations who drink tea on a regular basis have reduced tooth decay. The reasons for this are thought to be the fluoride, which protects against caries; the tannins, which increase the acid resistance of tooth enamel; and the flavonoids, which inhibit the growth of plaque bacteria on the surface of teeth. However, a bit of bad news: tea can stain the teeth over time. David Crum, executive director of the New Zealand Dental Association, says "Tea, along with coffee and red wine, does stain the teeth. Brushing twice a day, supplemented with scaling and polishing at your dentist, will remove these stains."