Backing off from the booze

Backing off from the booze – I’ve had a few conversations lately with non-drinkers, sharing their experiences of not drinking alcohol in a society where drinking is very much the norm.

One of the hardest things, it seems, is the social pressure non-drinkers face. Friends urging them to have ‘just one’ drink and suspicion and scepticism that people could possibly have fun – or be fun to spend time with – without a drink or two on board.

Anyone who’s taken part in ‘Dry July’, or taken a break from alcohol for any reason, will recognise this. It’s a real barrier, I think, to solving the problem of New Zealand’s shocking harmful drinking statistics.

Figures recently released show an alarming rise in hazardous drinking in older age groups, with a third of NZ’s hazardous drinkers now aged between 35 and 54. Alcohol Healthwatch calls it ‘peak booze’ in this group. Hazardous drinking has increased by more than 50 per cent among those aged 45 to 64 years, and in the 66 to 74-year age group, it has more than doubled.

‘Hazardous’ drinking is almost certainly less than we think it is. Six standard drinks in one session is termed hazardous; this equates roughly to three 200ml glasses of wine or three-and-a-bit beers. Many Kiwis would consume that amount regularly. The hazards range from injury – people hurting themselves or having accidents while under the influence of alcohol – to serious long-term health conditions such as liver disease and cancer.

The cancer link is an interesting one. People are still shocked when I talk about alcohol in speaking engagements. The news that alcohol is a Group 1 carcinogen, akin to asbestos, cigarettes and arsenic, is new to many. Yet alcohol is directly linked to at least seven cancers. 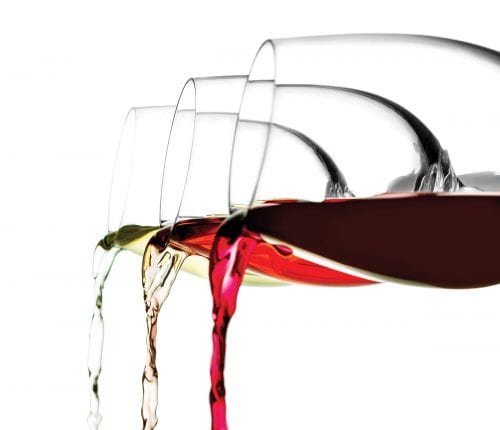 Despite this, we have a blind spot when it comes to booze. We don’t want to be told that what we enjoy is bad for us. The purported benefits of alcohol – red wine being good for the heart, etc, – are the things we really like to latch on to. Yet, these are usually overstated.

It’s time to change the way we think about booze. Non-drinking needs to be normalised, just as non-smoking is.

It’s starting to happen, I think. There are more, and more interesting, non-alcoholic options now in bars and at events. Young people are drinking less than in previous generations. The more people share that they’re not drinking – for a night, a month or a lifetime – the more it becomes okay for others to make that decision, too.

And for those of us who don’t want to give up drinking altogether, that’s okay too. We can lower our risk of alcohol-related harm by embracing moderation. I like the 123 rule: 1 drink a day; no more than 2 in one session; no more than 3 times a week.

Backing off from the booze & Alcohol-free benefits

There are lots of ways we benefit from abstaining:

Alcohol is known to interfere with deep restorative sleep

Non-drinking could save you hundreds, if not thousands, of dollars in the course of a year

Exercising with a hangover is no fun, you’ll power up your fitness by taking a break from the booze

Alcohol dehydrates and reduces elasticity in the skin. Giving up can take years off

Drinking less will reduce your risk of serious diseases and seven different cancers.