Time to whittle your wine waist? 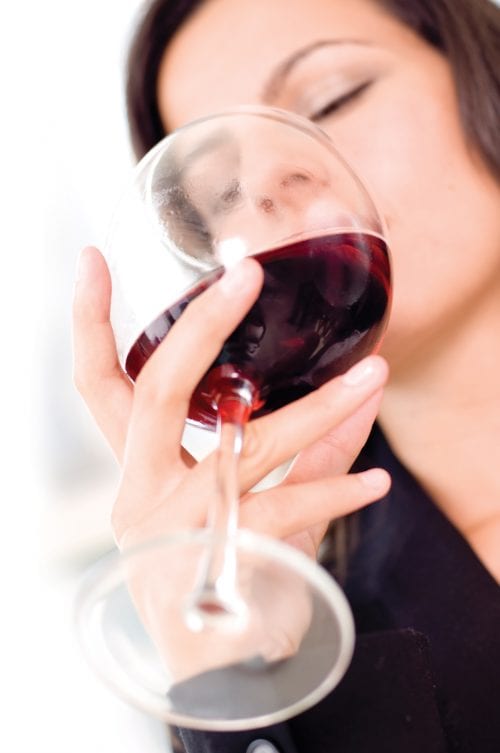 Do you have a squidgy waist that’s getting thicker, a little pot belly that just won’t shift and a bottle of wine in your fridge at all times? Then you could have a ‘wine waist’. Here’s how to lose it and get healthier… without ditching alcohol completely.

Barely a week goes by when we don’t read about the negative health effects of too much alcohol, and the latest expert advice is to have two alcohol-free nights a week. But what’s less well known is the effect alcohol has on our appearance.

Alcoholic drinks are packed with kilojoules. Just one gram of pure alcohol contains 29kJ, second only in energy density to fat at 37kJ per gram.

So if you think it’s time to cut back, read on for expert help…

How the kilojoules add up

Your nine-point plan to cutting down

Think about the occasions when you tend to drink. For example, is it when you’ve had a tough day and ‘need’ a drink to wind down? Once you’ve identified those susceptible drinking occasions, consider the following:

Look better, feel better: The benefits of saying no

Your eyes will sparkle

Without alcohol dilating the blood vessels, the whites of your eyes will be clear and you’ll be less prone to puffiness and dark circles caused by dehydration and disturbed sleep.

Your skin will improve

Alcohol dehydrates the body, including skin – our biggest organ – so your complexion will look dull and sometimes puffy as your body strives to retain water. It also dilates small blood vessels so that skin becomes red and blotchy.

Alcohol is a depressant, not a stimulant, and affects the chemistry of the brain, slowing it and the nervous system down.

Alcohol disrupts the natural sequence and duration of the sleep cycle. While you may nod off easily, you’re likely to wake easily during the second stage of sleep so you won’t feel alert and energised the following day.

Cutting down reduces the risk of cancer, liver disease, type 2 diabetes and stroke.

Alcohol is high in energy. There are enough kilojoules in just one medium-sized glass of wine every day for a year to account for eight kilos in body weight.

Febfast is an annual awareness campaign organised by the New Zealand Drug Foundation that invites people to stop drinking alcohol during February. The aim of febfast is to raise much-needed funds to support alcohol and drug services for young people. Participants stop drinking alcohol for the month of February, and raise money via sponsorship from friends and family. The organisers say: “febfast is not about giving up alcohol forever. It’s about ‘pressing pause’ on our drinking to give our bodies a chance to recover after the festive season”.

“In my job I’m very aware of the health effects of alcohol,” says Niki, “so I know how much good taking a break from drinking will do for me.

“I wouldn’t say I am a big drinker but I am a regular drinker, and for me, wine in particular is very tied in to the enjoyment of good food. I’ll be interested to see how I cope with not having that.

“The drinking culture a lot of young Kiwis are growing up with – particularly young women – also concerns me. The idea of drinking with the sole goal of getting drunk seems to be very common and I would love to see this change.”

Did you know? There are enough kilojoules in just one medium-sized glass of wine every day for a year to account for eight kilos in body weight.