Alcohol and your health 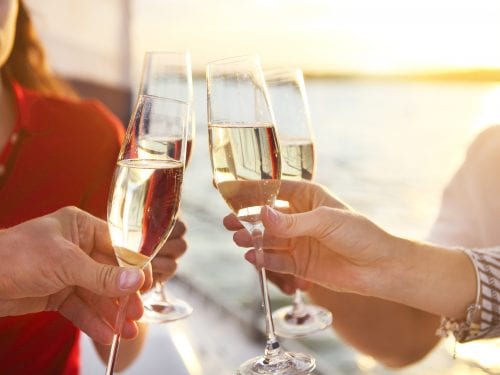 You might enjoy the odd tipple, but how much do you know about what’s happening inside your body after a drink or two? And what are the effects for now and in the long term? Karen Fittall investigates.

On the one hand, we’re told that enjoying a glass of red is a heart-healthy habit. On the other, research continues to show a link between alcohol consumption and an increased risk of high blood pressure and cancer. Likewise, while some studies show that moderate drinking can actually improve bone density, others confirm that alcohol consumption can make experiencing an osteoporotic fracture more likely. Here, we present the good and the bad when it comes to having a drink, according to the latest research, so you can make a decision about what’s right for you.

Alcohol and your health

Are men and women different?

There’s a good reason why women are usually advised to drink less than men – it takes less alcohol for women to reach the same blood alcohol concentration. And it’s not just because women are typically smaller: it actually takes longer for the average female body to process alcohol. Why? Alcohol is water soluble so it’s cleared more rapidly from the blood of a person with a higher body water content – the natural make-up of our bodies means that a woman’s body contains more fatty tissue and less water than a man’s. Research also suggests that where a woman is in her menstrual cycle may affect her sensitivity to alcohol, with some studies showing that during the two weeks surrounding ovulation, women are most sensitive to alcohol’s sedating effects.

How much is a drink?

The Alcohol Advisory Council advises that a standard drink is 10 grams of alcohol. Depending on the alcohol percentage, that’s the amount found in 100ml (one small glass) of wine or 30ml (two shots) of spirit or 330ml (one can) of beer. To reduce the lifetime risk of harm from alcohol-related disease
or injury, in any one week women are advised to drink no more than 10 standard drinks and men no more than 15.

A moment on the lips…

…and then all sorts of physiological processes kick in. Here are a few of them.

The alcohol is rapidly absorbed into the bloodstream, mainly via the small intestine but also through the stomach. This happens more quickly if your drink is carbonated (for example, sparkling wine), because the increased pressure in the stomach forces the alcohol into your bloodstream faster, and more slowly if you’ve just eaten, because food prevents the alcohol from going directly to the small intestine.

The alcohol reaches the brain, where it starts to exert its intoxicating effects, the first of which affect the area that controls inhibitions and judgement. As early as this, there is also enough alcohol in the blood to measure.

The alcohol reaches the liver – the organ responsible for metabolising more than 90 per cent of the alcohol in every drink you consume. The liver breaks the alcohol down, neutralises it and eventually, removes it from the body.

Assuming you’ve just had the one drink, your blood alcohol concentration will peak. It will go higher still,the more alcohol you consume.

Just 10g alcohol has been metabolised by the body, the amount that’s contained in just one standard drink. This means that if you drink three standard drinks in one hour, your blood alcohol concentration won’t peak until at least 45 minutes after your last drink, and it will take at least three hours until your body has metabolised the alcohol, depending on a variety of factors including your age and gender.

Here’s how alcohol affects your body.

Plus: Moderate alcohol consumption may provide some protection against Alzheimer’s disease and lowers the risk of dementia compared to teetotallers. The reason remains unclear but the researchers say it could be that small amounts of alcohol stimulate the release of an important brain chemical linked to memory.

Minus: The same group of researchers say enjoying more than 14 drinks each week can double a person’s risk of dementia, while another US study found how even light drinking can cause brain shrinkage in middle-aged people, over a period of years.

Minus: According to an international research group, the majority of studies that suggest moderate drinking may help prevent heart disease are flawed. “There has been a rethink about the benefits of alcohol, and particularly red wine, for heart disease because the previously-reported benefits appear to have been overestimated. The existing evidence certainly doesn’t justify the promotion of using alcohol as a way to prevent heart disease,“ says nutritionist Kathy Chapman.

Minus: Moderate to high consumption of beer and spirits has been associated with an increased risk of accumulating stomach fat, the type associated with a higher risk of everything from heart disease to type 2 diabetes. Remember that per gram, alcohol comes second only to fat in terms of how much energy it contains. While fat provides 38 kilojoules per gram, alcohol provides 29 kilojoules – this compares to just 17 kilojoules per gram for protein and carbohydrates.

Minus: Consuming just three drinks in one sitting will temporarily increase blood pressure but regular consumption of alcohol is also linked to long-term increased hypertension. The good news is that ceasing or reducing alcohol consumption seems to improve any type of alcohol-related hypertension within two to four weeks.

Minus: Numerous studies have confirmed the link between alcohol consumption and an increased risk of cancer, particularly of the oesophagus, larynx and oral cavity, and earlier this year researchers uncovered what they think may go some way towards explaining it: excessive alcohol consumption accelerates telomere shortening, where the telomeres that sit on the end of chromosomes and are important for the genetic stability of cells, become shorter. This occurs naturally as we age and perhaps explains why we’re more vulnerable to cancer as we grow older but researchers believe heavy drinking can speed up the process.

Minus: Not only does consuming just three to four drinks each week increase the risk of recurrence for women who have previously been diagnosed with breast cancer, but Chicago-based researchers say that having three drinks each day can increase the average woman’s risk of developing the most common type of breast cancer by more than 50 per cent. In fact, even moderate alcohol consumption, defined as one or two drinks each day, is linked to an increased risk.

Minus: It’s the liver’s job to break down more than 90 per cent of the alcohol we drink so it’s not surprising that this organ comes under strain if we drink too much. And while recent research has confirmed that the risk of developing liver disease triples when you compare drinking half a glass of wine to two-and-a-half glasses of wine a day, add being overweight or obese into the mix and the risk gets even bigger. In fact, a UK study found that obese men who drank 15 units of alcohol each week were 19 times more likely to develop cirrhosis of the liver compared to normal-weight, non-drinkers.

Plus: Researchers from Tufts University in the US say that moderate drinking – defined as one drink each day for women and two each day for men – is associated with higher bone mineral density (BMD), an important measure for assessing osteoporosis risk.

Minus: The key to the Tufts University research is drinking in moderation with the same study finding that men who consumed more than two drinks each day had significantly lower BMD at the hip and in the spine. Likewise, a review of several studies found that excessive drinking not only leads to bone loss but also creates a higher risk of bone fractures which then take longer to heal.

If you do over-indulge, our Hangover ‘helpers’ article checks out popular hangover cures to reveal what works best!