More for less: Can you eat well on a low income? 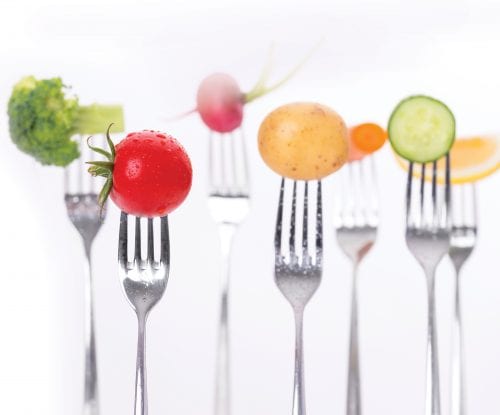 How much does it cost to eat healthily? Is healthy food more expensive than unhealthy food? Editor-at-large Niki Bezzant takes a look at life on the breadline.

New Zealand has a problem when it comes to what’s known as ‘food security’. This term is not well known outside public health circles, but it refers to access to basic, healthy food – enough, and of enough quality, to sustain good health.

According to Otago University’s Estimated Food Costs 2018 survey, the cost of the food required to meet our basic nutritional needs keeps going up. The survey has been conducted every year since the 1970s. This year, they estimate the cost to meet a man’s basic nutrition needs in Auckland is $71 a week. For a woman, it’s $60. An adolescent boy costs the most to feed, at $74, while a five-year-old costs $44. The cost is slightly more in Wellington and slightly less in Christchurch and Dunedin.
Based on the Otago numbers, a family of four with two school-age kids would cost $227 a week to feed to a ‘basic’ level of nutrition. That doesn’t include eating out, takeaways or ready-made meals. Nor does it include other groceries such as toiletries.

If you live on a low income in NZ, it’s unlikely you’ll have that amount of money available for food.

If you live on the minimum wage, say in a retail job, you’ll take home around $564 a week. The average amount NZ households spend on basic expenses – housing, transport, healthcare, phone and utilities – is around $620 per week. Even assuming someone with a low income has lower than average household expenses, it still doesn’t leave much money to eat with. Every week, is a juggle.

It’s hard not to draw the conclusion that eating healthily, even for basic health, let alone optimum health, is not possible below a certain level of income.

Lead researcher on the Food Costs project, Louise Mainvil from the University of Otago’s Department of Human Nutrition, agrees. It’s a concern when the cost of healthy food takes up any more than 30 per cent of a household’s income, Dr Mainvil says.

“Any time that figure goes above 30 per cent, that’s when there is stress on the food budget,” she explains.

“If more than 30 per cent goes on food, then that puts more pressure on the family if a child needs a new pair of shoes for school or the car needs a warrant of fitness.

“People on minimum wages have difficulties paying the rent and buying food.”

There’s no easy answer. Food is expensive in NZ compared with other countries, a result of our small population and geographic isolation. That’s unlikely to change.
There’s a growing movement pushing for what’s known as a ‘living wage’. This is the hourly wage a worker needs to pay for the necessities of life and participate as an active citizen in the community. It reflects the basic expenses of workers and their families, including food, transportation, housing and childcare, and is calculated independently each year by the New Zealand Family Centre Social Policy Unit. The living wage for 2018 is $20.55 per hour, $4.05 more than the minimum wage.

On the living wage, take-home pay for a 40-hour week would be $695. Still not a fortune but, at that level, a family would have a fighting chance of meeting basic expenses, especially with two earners in the family.

In NZ there are 100 companies that are accredited living wage-paying employers, mostly small or medium-sized companies. The Government will also pay its employees at least the living wage from 1 September this year. There’s a long way to go, though. Only two large companies listed on the NZ Stock Exchange pay the living wage as a minimum.

That doesn’t solve any problems for the 600,000 Kiwis earning below the living wage but, hopefully, it’s a movement that will continue to grow as employers come to understand the benefits to business as well as to their people.

How to make the most of a small food budget

In the meantime, when you’ve only got a small budget for food, making the most of every dollar is a must. Here are some tips from the experts.
If you don’t cook, it can be difficult to eat healthily on a small budget. It’s worth working to get some basic cooking skills. There are some good programmes running all over the country. Try your local budgeting service (nbfcct.com) as a starting point and community groups such as the Salvation Army and Healthy Families NZ often run budget cooking classes for beginner cooks.

Plan your meals, write a list and stick to it, unless things on the list are unexpectedly expensive or there’s an alternative that’s a great deal. That can happen when meat or chicken is on special, for example.

Look out for specials and clearance deals on items near their best-before or use-by dates.

Try dedicated stores for near-expiry food. Skip the junk and processed foods, though, and go for the staple foods at these outlets. Consider buying in bulk and freezing.
Load up on frozen veges and some cans. Frozen veges can be really cheap and are just as good, nutritionally. Canned tomatoes and beans can also be super-cheap, useful and healthy.

Choosing fresh produce that’s in season should guarantee the lowest prices. When things are out of season, the price goes up because they’re usually imported.
Go meat free at least for a few meals a week. Basing your meals on legumes such as lentils, chickpeas or beans is a healthy and budget-friendly idea. These can also be used to make meat such as mince go further.

Waste busting group Love Food Hate Waste says that simply by making sure we actually eat the food we buy (instead of letting it go to waste), we could save $500 each year. They say never to throw away leftovers that could be turned into part of another meal. “You may think it’s not worth keeping the last few spoonfuls of something, but it all adds up. Use your leftovers in your next meal, or freeze them until you have enough to make something larger, such as a soup or stir-fry. Leftover rice can be used for fried rice or rice pudding, while vegetables can be used in soup or stews.”

Raiding the fridge is another great idea. Plan a meal each week, where you use up any bits and pieces in the fridge, pantry and freezer. The meal may turn out to be a random mixture of things, and you may need to bulk it up with a piece of toast or two, but it will save you the cost of another meal. It will also ensure you eat your food before it goes off, so you don’t end up throwing it in the bin, Love Food Hate Waste advises.

Our nanas understood the concept of cook once, eat twice. “If you buy a whole chicken or a roast, plan to get two meals out of it. For the second meal, shred the remaining meat and use it in a frittata, croquettes or savoury bread pudding. Keep the carcass or the bones and simmer them with vegetable scraps to make your own stock.”

Here’s an example of a day’s food for a family of four (all prices are for 4 serves). This day costs about $22.

Love Food Hate Waste has produced a clever four-week menu plan of dinner meals for a family of six for $60 a week.

Just Cook is a programme for older people who want to develop basic cooking skills and learn to cook on a small budget. This is perfect for people living on their own, particularly those who’ve lost a spouse who did the lion’s share of the cooking.