What is irritable bowel syndrome (IBS)? 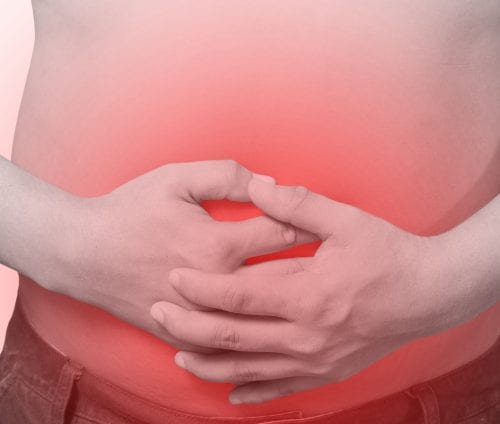 This article is part of the FODMAP toolkit: Your complete guide to going low-FODMAP.

Irritable bowel syndrome is a ‘functional gastrointestinal disorder’. This means it causes changes in the function of the gut but doesn’t have any features such as ulcers, inflammation, thickening of digestive tissues, lumps and bumps or abnormal blood tests – all of which would indicate a different condition.

The symptoms of IBS can be similar to other conditions, such as coeliac disease, inflammatory bowel disease, ulcers, ovarian cancer, bowel cancer and endometriosis. Before starting any treatment for IBS it’s critical to see your doctor and have these conditions ruled out.

If you have IBS you can experience a broad range of symptoms including abdominal pain and discomfort, bloating, changes in bowel habits (constipation or diarrhoea), heartburn, and nausea. Other symptoms can include excessive wind, unsatisfied defecation (incomplete emptying), passage of slimy mucus into the toilet bowl, a noisy abdomen (the noises are called borborygmi) and pain in the rectum.

Tiredness is also common, and its severity usually depends on that of the bowel symptoms. Severe muscle aches and pains (called fibromyalgia) occur in some people, while others experience an ‘irritable bladder’ (urinary frequency and urgency).