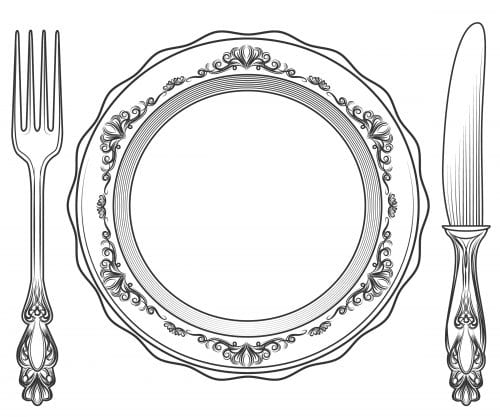 Should we be eating just like our grandmother did, or are some of her habits best left in the past? Stephanie Osfield looks back in time.

Flashback 50 or 70 years ago to when your grandmother, or perhaps your great-grandmother, was rustling up the evening meal – to a time when cooking was a completely different affair.

She’d shell peas by hand, boil rather than steam the broccoli and make all sauces from scratch. Meat and three veges were standard fare most nights, and stir-fries were almost unknown. If Gran was running late, she couldn’t microwave the corn, and if she ran out of rice she couldn’t duck down to the local supermarket for a pouch of microwave rice at 7pm.

Cut to the present, where food is more readily available and more processed, and diet-related illnesses are more prevalant. “Obesity, which increases the risk of heart disease and type 2 diabetes, has been steadily increasing since the 1950s,” dietitian Clare Collins says.

Along with a more sedentary lifestyle, people are consuming more snack foods, sugar-sweetened drinks and larger portions of fast food and meals away from home.
“These types of foods are often highly processed and displace more healthy choices, increasing chronic disease risk.”

In response, a growing number of health experts, writers and bloggers are encouraging us to eat the way our grandmothers ate. But were all of Grandma’s food habits really that much healthier than ours or were some of her favourite nutrition and cooking practices best left behind? Let’s find out.

Take a leaf out of Grandma’s book

These simple daily practices are worth copying because they helped keep people healthier, and there’s science to prove it!

Habits to leave behind

We now know that certain cooking and eating habits, although once commonplace, are in fact unhealthy. Here’s where Gran went wrong:

“Lard, which is the fat left in the roasting pan after cooking pork, contains a lot of saturated fat, which increases your risk of high blood cholesterol and heart disease,” Professor Collins says. Instead, aim to use unsaturated fats such as olive oil in cooking, and fry food in a non-stick frying pan.

“This increases the risk of bacteria growth, which can then make you sick,” Professor Collins notes. “Place perishable items such as milk, yoghurt and cheese straight back in the fridge after use and make sure you store them at 4°C or below.”

When our great-grandparents were in the kitchen, they added plenty of salt to boiling veges, and even to porridge and stews. They also added salt to meals at the dinner table. “Too much salt leads to high blood pressure,” Professor Collins says. “Over time, this can increase your risk of developing heart disease, stroke and serious kidney problems.” To cut your salt intake, try using herbs and spices for flavour and choose packaged foods that have ‘no added salt’ labelling, or are ‘salt reduced’ or ‘low salt’.

Though these may have been home-baked cakes, they’re still better as an occasional treat. Better snack choices include a tub of plain yoghurt, a handful of mixed nuts, vege sticks and hummus or a piece of fresh fruit.

Overdoing it with potato

Instead of mainly spuds, we are now encouraged to put a rainbow on our plates to gain a larger variety of vitamins and minerals. “We also recognise that people who are putting on weight may need to reduce their portion size of starchy veges such as potatoes, corn and peas, but eat a bigger variety of low-carb veges such as broccoli, courgette, cauliflower, spinach, tomatoes, salad greens and capsicum,” Professor Collins advises.

Step back in time and add these not-so-new ‘superfoods’ to your trolley next time you shop!

Healthy eating then and now

As our nutrition knowledge has deepened and evolved since Granny’s day, healthy eating advice has also changed in some surprising ways.

Then: Full fat
Whole milk dairy foods, such as full-cream milk and butter, were once eaten by most families.

Now: Mostly reduced fat
The Ministry of Health recommends anyone over the age of two years eats reduced-fat dairy foods. But fat isn’t off the menu. Aim to eat more healthy fats from avocados, olive oil and nuts.

Then: Two per week
Nutritionists once recommended that people limit eggs, as they were thought to raise cholesterol.

Now: Six per week (or more)
Research has identified that saturated fat has a much larger impact on harmful LDL cholesterol than cholesterol in foods such as eggs and prawns. The Heart Foundation says up to six eggs a week is okay for those at higher risk of heart disease. Others may have more.

Then: White
Sandwiches and toast were usually made with white bread.

Now: Wholegrain
Wholegrain, rye and sourdough breads are higher in fibre and have a lower glycaemic index, so they fill you up for longer and don’t cause such a large spike in your blood sugar and insulin levels.

Then: Daily
People were encouraged to eat plenty of red meat to ensure they had an adequate intake of iron.

Now: Three to four times a week
Eating too much red meat is associated with an increased risk of certain cancers, so we’re advised to limit consumption to 700g-750g raw weight (500g cooked) red meat a week.

Then: No problem
A classic backyard barbecue was considered a great way to cook your meat.

Now: Watch them burn
We now know that charring meat at very high temperatures can create by-products, which can cause inflammation.