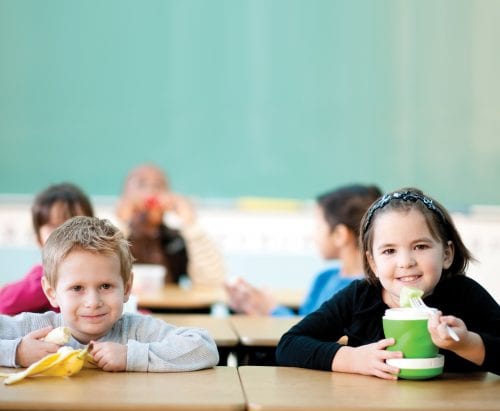 The treatment and diagnosis of food allergies has moved forward globally, Katrina Pace finds out more.

A food allergy happens when your body has an immune response to a food. The most common symptoms of food allergies are asthma, eczema, anaphylaxis (swelling of the throat), diarrhoea, blocked nose or swelling and itching.

Allergies on the increase

Worldwide, food allergies have been increasing over the past 20-30 years, with around 10 per cent of the population experiencing an allergic reaction to a food. Although, typically, diagnosis is highest in children, increasing numbers of adolescents and young adults are being diagnosed. Interestingly, prevalence is also increasing in developing countries, whereas, previously, food allergies have been typically found in developed countries. In New Zealand, the highest rate of admissions to hospital with anaphylaxis is for children from Pacific Island families.

There are a number of interesting developments in the area of allergy research, according to allergy specialist dietitian Anna Richards. Among them are advances on the ‘hygiene hypothesis’ and the role of gut bacteria. The hygiene hypothesis suggests we’re losing important immune responses because of our current ‘too clean’ modern lifestyle – maybe because we’re not getting the exposure to bacteria we used to get.

What’s new in this area of research is the focus on the role of our gut microbiota in changing our genes through gene-environment interactions.
Now, a targeted approach to hygiene is being promoted, to encourage a diverse range of ‘good’ bacteria while minimising harm from disease-forming bacteria.
Research published in 2018, looking at gut microbiota of children between the ages of three and 16 months old, who went on to develop egg allergy, has uncovered differences between children with and without food allergies, and even between children with allergies and intolerances. Knowing the bacteria people with allergies have allows us to see, possibly, what we can do to alter them in line with people who don’t have allergies – a possible future treatment.

Another area Ms Richards is excited about is the potential association between maternal vitamin D status during pregnancy and childhood food allergy risk. Australian research found babies who were vitamin D deficient were three times more likely to have an egg allergy and up to 11 times more likely to be allergic to peanuts. But the protective effects of vitamin D may vary between ethnicities. US research found adequate prenatal vitamin D status had a protective effect against childhood asthma in the first year of white babies’ lives but didn’t have the same effect on African American mother and baby pairs.

Answers in our genes

Global research on allergies and genetic markers has allowed allergy specialists to build a portfolio of genes to test for when diagnosing food allergies. As risk factors become clearer, the potential for prevention and more targeted treatment increases.

Research is also changing current accepted practice. Ms Richards says there’s been a recent change in the advice for introducing allergy foods as part of weaning. It is now recognised that the introduction of foods, such as egg and peanuts, earlier can increase tolerance. Updated guidelines
from the Australasian Society of Clinical Immunology and Allergy (ASCIA) recommend well-cooked egg and smooth peanut butter can be introduced from around six months (and by 12 months) of age, even in high-risk infants.

Even the landscape of food challenges for those with diagnosed allergies has changed, according to Ms Richards. “Compared with 10 years ago, we are actively trying to get children through food challenges such as baked milk and baked egg as soon as we can. This should only be done under medical guidance, but can help allergies resolve much faster and makes a huge difference to the child and the family’s quality of life,” she says.
Resolving an egg allergy in this way means being able to buy manufactured foods and share in social situations, such as eating birthday cake, Ms Richards explains.

To find out more about how to correctly introduce foods to your baby for allergy prevention, read the guidelines from ASCIA here.

The most common food allergies

The food allergy scene in New Zealand has been changing in recent years. “The biggest change is that we very rarely see a single food allergy any more. Most presentations now are for multiple and complicated food allergies,” Ms Richards says. Although it’s possible to be allergic to anything, it’s a small group of foods – only nine – that account for 90 per cent of all food allergy, she says.

How can the food industry help?

There has been a huge increase in foods developed for those who need to manage food allergies and intolerances. While the increase in range can be seen as a good thing, unclear food labelling and legislation hasn’t helped.

Products labelled with precautionary statements such as ‘may contain…’ or or ‘made in a factory…’ don’t help someone with food allergy decide whether the food is safe for them to eat or whether it is a reasonable risk for them to consider consuming it.

It is much easier in the case of gluten, where there is labelling legislation based on minimum amounts found in a product. In this case, a precautionary statement of ‘may contain’ on a gluten-free product is redundant as the product either contains gluten or it does not. Unfortunately, there is no such line in the sand for labelling of other allergens.

To be useful to the consumer, industry’s task is not to dream up more allergen-friendly products but to use a standardised labelling that gives an accurate representation of the product and whether it is safe to eat.

“I fear there is poor understanding of the medical dietary needs of the allergic or coeliac consumer by the food industry. This causes unnecessary anxiety and over-restriction,” Ms Richards says.