Below the line: Poor choice or poverty of choice? 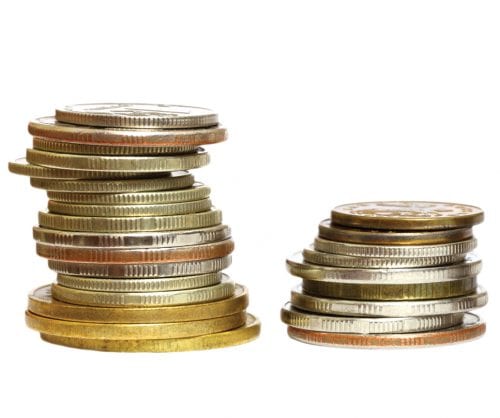 I spent a week of last month hungry. Not starving, tummy-rumbling, painful hungry, more like low-level, nagging, distracting hungry… a feeling of being not quite satisfied.

I was hungry because I was an ambassador for Live Below the Line, Tear Fund’s campaign to raise awareness of global poverty. The challenge involved eating on $2.85 a day for five days. That’s the international poverty line. More than 700 million people in the world live on that (not just for food, but for everything). It strikes me as crazy, and crazily unfair, that one in nine people in the world goes to bed hungry every night, and yet we waste, globally, at least a third of the food we produce. Our world is out of whack.

Obviously, I was just eating at the poverty line for five days, and it didn’t do me any harm. It was hard, but it’s not a struggle I face day in, day out. And I think this small experience gave me a tiny insight into what it’s like to live on not very much.

At a local level, there are many people who struggle to balance their food budget, even if it’s not $2.85 a day, with the other demands on their wallets, and who face tough choices about what to buy because of that.

I don’t believe laziness, poor decisions or bad budgeting is responsible for most of those people’s struggles. I think there’s a lot of unnecessary and unfair judgement heaped on people living in poverty, including the assumption they’re not only poor but also lazy. I think that’s far from the truth. Being hungry affects your choices.

When you’re poor, chances are you’re also time poor. That means there’s not a lot of time to plan and to shop and, probably, not a lot of time to cook. I spent a couple of hours working out my Live Below the Line meals in a spreadsheet. I cooked every single meal I ate at home. I would not have time for that every week. And I don’t have two jobs or young kids to look after.

When you’re poor, there’s not a lot of room to adapt to changes. If the car breaks down, or there’s a school expense or a health hiccup, the money to pay for it has to come from somewhere. Often the only part of a household budget that’s flexible is the food, so that’s where compromises are made. When you or I have to work late unexpectedly, we can probably manage to pay for a reasonably healthy takeaway meal. When there’s no extra money, that can’t happen.

It’s easy for us to think anyone can eat healthily on a small budget if they have skills, knowledge and willpower. And healthy food can be inexpensive, for sure. But we need to acknowledge that to eat well we also need the right environment and a decent amount of time. And finding all of that, for many, is not easy.