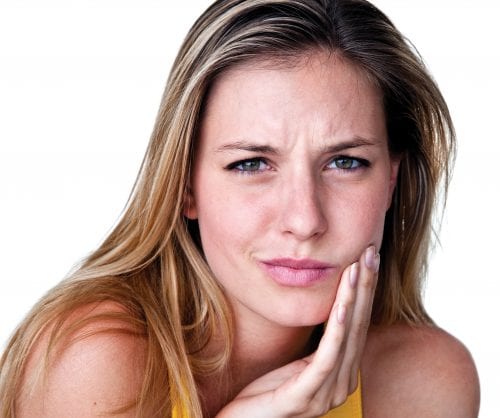 Lots of us get them, but it’s often unclear why. GP Dawn Harper discusses possible causes and offers soothing solutions.

I remember as a child being told by my grandmother that having mouth ulcers meant I’d been telling lies – and that I needed to put salt on them, which is the last thing I wanted to do as they were already so sore.

In fact, as is so often the case with old wives’ tales, she was partially right on both counts, but I’ll come to that later. Mouth ulcers can come in varying forms. They can be tiny pinpoints or large sores more than 1cm in diameter and can last anywhere between a few days and a few months. Some people get the occasional ulcer, but some are plagued with recurrent attacks.

Why do we get them?

In most cases, there’s no specific cause, but if you suffer with recurrent ulcers you should see your GP, who may want to run some tests. Any ulcer lasting more than three weeks should always be checked out, because in very rare cases, mouth cancer can present as an ulcer that just won’t heal. Ulcers can be associated with other conditions too and are more common in people who have Crohn’s disease, coeliac disease, HIV and an inflammatory condition called Behcet’s.

But, as I said, Grandma had a point – stress and anxiety can sometimes be a trigger and, I guess, if you’ve been telling lies, you’re likely to be stressed. Other causes include hormonal changes and injury from badly fitting dentures or overzealous tooth brushing.

Interestingly, some people find they develop mouth ulcers after stopping smoking, but that’s not an excuse to put off giving up! A lack of iron, vitamin B12 and folate can also cause mouth ulcers, which is why your doctor may want to run some blood tests.

Mouth ulcers can also be associated with some medicines, including anti-inflammatories and nicotine replacement therapies. If you develop them soon after starting a new medication, speak to your GP about changing your medicine, but don’t ever stop taking prescribed medication without discussing it with your doctor.

Can they be prevented and treated?

A healthy, well-balanced diet and minimising stress really can help keep mouth ulcers at bay, but if you should succumb, there are some simple things you can do to alleviate the pain, such as avoiding acidic fruits and spicy or salty food. But Grandma wasn’t totally wrong about the salt, either. I wouldn’t recommend putting neat salt on an ulcer, but you can make a simple salt mouthwash (see below) to use as often as you like. It has been found to be quite soothing.

Your pharmacist can advise you on oral rinses, gels and sprays to reduce the pain. Interestingly, liquorice has some natural ulcer-healing properties. If all else fails, speak to your GP about painkillers, steroid sprays or lozenges available on prescription to help heal ulcers. In severe cases, you may even need a course of oral steroids to get rid of them, or antibiotics if they’ve become infected.

For most of us, mouth ulcers are just an irritation and not a cause for concern. But if you’re plagued by them, do speak to a healthcare professional, as there’s plenty we can do to help, and it could be that there is an underlying condition we need to treat.

Dissolve 1/2 teaspoon salt in a glass of warm water. Swish it around your mouth as often as you like – just remember to spit it out when you’re done, don’t swallow it.