Fussy eater to foodie: How to turn an unadventurous eater around 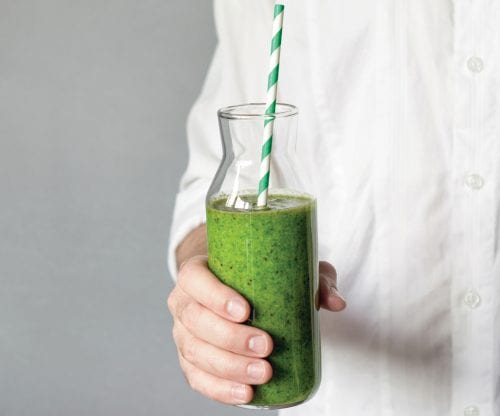 Steve is a man of few words, and even fewer vegetables. Steve’s wife Lisa knows this; she doesn’t bother serving Steve anything beyond potatoes most days for dinner. “Sometimes he’ll eat carrots,” she says. “But anything green, forget it. He even pulls the lettuce leaf out of burgers.”

Steve is also deeply suspicious of pasta, rice, couscous and many spices. It has led Lisa to offer a very limited range of simple dishes for their weekly meals, even though she loves spicy and exotic foods.

“With the kids gone and just the two of us, there’s no point in me cooking things Steve won’t eat. I just end up wasting food. It’s easier to do meat and potatoes most nights,” she says.

Lisa and Steve are typical of many households. Having an unadventurous or fussy eater in the house can affect everyone, and it can make life difficult, and dreary, for cooks.

Being fussy or, as Lisa might describe Steve, stubborn about food is not the end of the world. For most people who eat this way, it’s just how they are, either as a result of upbringing or simply down to their individual taste. Sometimes, how our parents ate when we were growing up has an influence.

“Children model parents,” dietitian Lea Stening says. So, if you’ve grown up in a household where Dad disliked vegetables, this could directly affect your tastes, too.

“Everyone has likes and dislikes and times when they will and won’t eat certain foods,” Ms Stening says. But fussy eating can represent a problem when it tips over into disordered eating. The extreme end of fussy eating is defined as avoidant/restrictive food intake disorder (ARFID). This is when people, of any age, limit their eating to such a degree they’re affected physiologically or psychologically. If you suspect this is the case, it’s time to talk to your doctor.

When this isn’t happening, and you’ve simply got an eater in your household who’s plain picky, what can be done? And does it really matter if your husband won’t eat any vegetable but potato?

It can matter, Ms Stening says. Vegetables are an important source of dietary fibre, antioxidants and polyphenols, vitamins and minerals, for example. And polyphenols in veges protect the neurons of our brain and reduce inflammation, which may improve our memory, learning and cognitive functioning.

“The wider the colour range of foods we eat – red, orange, yellow, brown, white, green, blue, purple – the better our exposure to a variety of nutrients that protect us against diseases such as cancer, promote heart health, reduce blood pressure, preserve eye sight and protect the brain,” she says.

Sometimes learning about this can be a wake-up call for a fussy eater. “Often I find with adults that they don’t realise that their dislike of food or narrow way of eating is impacting on their health.”

In her practice, with fussy eating patients, Ms Stening carries out a nutritional assessment over a seven-day period, then matches the results against their blood tests for cholesterol, blood sugar or iron, or energy expenditure.

“This can help them see the gap between the energy and nutrients they need versus what they are eating. Often, seeing this information can be a catalyst for change. It also helps if these results are matched to personal goals people may have, like fertility, physical performance or work expectations,” she says.

Start with the familiar. “Work with what they will eat and slowly vary that,” Ms Stening suggests. “If someone doesn’t eat pineapple but does like cheese and onion, make a toasted sandwich with cheese and onion and add a teaspoon of crushed pineapple too.”

Take it slow. “If people hate fish, add a teaspoon or two to a potato cake, then, if it’s accepted, next time double the dose so that slowly new foods are mixed with those that are familiar.”
3 Use well-liked flavours. If cheese sauce is a favourite on steak, try it with a new vegetable too. It’s not about disguise, but giving a fussy eater a way to access something unfamiliar.

Don’t go too wacky. Don’t start with outrageous flavours or super-hot spices. Go with things that are close to something they already like. If potato is a staple, try a kumara/potato mix. If peas are acceptable, try another sweet vegetable like corn.

Don’t give up. As with children, it can take many tries of a new food by a fussy adult before it too becomes acceptable.

Make mealtimes calm and relaxed. Creating a pleasant environment can make a big difference. Likewise, a fussy eater may be more likely to try a new food in a nice restaurant environment.

Don’t pressure. Respect people’s limitations and understand that being pressured to eat can be extremely stressful, so the attempt can backfire.

Don’t take it personally. Just because your loved one doesn’t like your carefully prepared risotto, it doesn’t mean they don’t love you!

New research has found that children who eat vegetables at night for dinner score more highly in cognitive tests such as spelling and writing than those who don’t eat these foods.

US TV personality, CNN’s Anderson Cooper is a very picky eater. He won’t eat most vegetables, and eats the same lunch of turkey with no flavourings and corn every single day.

Billionaire Warren Buffet has a notoriously bad diet, which he describes as ‘eating like a six year old’. He drinks five cans of Coke a day, avoids vegetables and eats mostly junk food, with McDonald’s breakfasts every day.